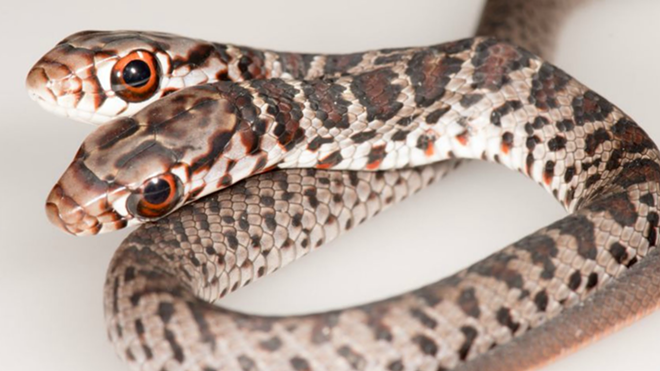 Two-headed serpents may be common in ancient mythology, but not so much in real life. However, a Palm Harbor family recently discovered a rare, two-headed southern black racer snake.

The snake has a condition called bicephaly, which is when two monozygotic twins failed to separate during embryo development, leaving both heads on a single body, according to the FWC Fish and Wildlife Research.

In an update post on Facebook, Kay Rogers and her family said Dos (the snake) was doing well, but that his biggest problem was eating, as he has trouble coordinating his two heads.

“Two-headed snakes like this are unlikely to survive in the wild,” the FWC said, “as the two brains make different decisions that inhibit the ability to feed or escape from predators.”

After communicating with the Rogers family, Dos is being cared for by FWC staff members.

Thomas Holton is a journalism student at the University of Florida with an interest in music, culture, and Florida.