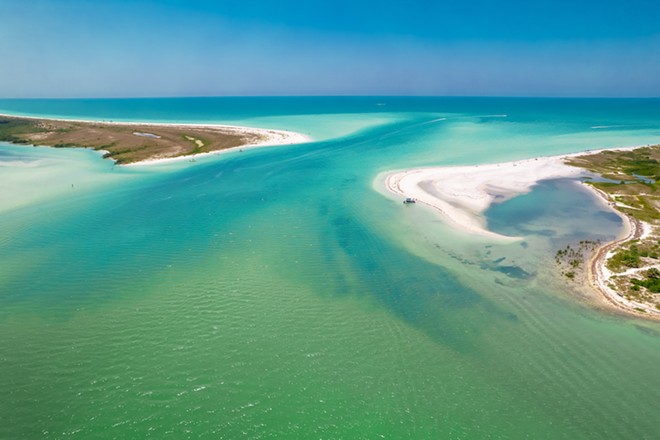 Photo via Adobe
With over 30 years of ranking sand under his belt,  Florida International University coastal scientist Stephen “Dr. Beach” Leatherman has released his annual list of the nation's top beaches, and only two Florida spots made the cut.

Caladesi Island State Park, located in Dunedin, came in at No. 2, in Dr. Beach's 2022 Top Ten Beaches in the country.

"Caladesi is reached by pedestrian ferry boat, private boats or a long walk north from Clearwater Beach; the inlet is closed so Caladesi is no longer a true island, but still a great getaway," says Dr. Beach. "The white beach is composed of crystalline quartz sand which is soft and cushy at the water’s edge, inviting one to take a dip in the sparkling clear waters. There are boardwalk trails, but my favorite is the kayak and canoe trails through the mangroves to see the large blue herons and other birds that frequent this wonderful natural area."

Caladesi's high ranking is a significant improvement from last year's 7th place, which is surprising since the write-up about the beach is word-for-word the same as the 2021 ranking and doesn't explain the jump at all.

Nevertheless, Caladesi was only one of two Florida beaches to make the list, with the Panhandle's St. George Island Park coming in at No. 4.

"This long barrier island, far from urban areas, is a favorite destination for beachgoers, anglers and bird watchers as nature abounds. Besides swimming in the crystal-clear water, I enjoy beachcombing and shelling," says Dr. Beach. "While St. George Island suffered a big hit in 2018 by Hurricane Michael, the area has substantially recovered, especially the sugary fine, white sand beach. There is much to explore on this serene 2,023-acre park."

Notably, the list also left out recent previous Florida beach winners like Siesta Key and Grayton Beach State Park. Over the last year Florida experienced some of the worst Red Tide algae blooms in recent history, which might explain the lack of Gulf-adjacent beaches.

Dr. Beach's annual list is chosen by a 50 point criteria, which includes things like noise levels, traffic, smell, general access, algae levels, rip currents and even the slope of the beach. 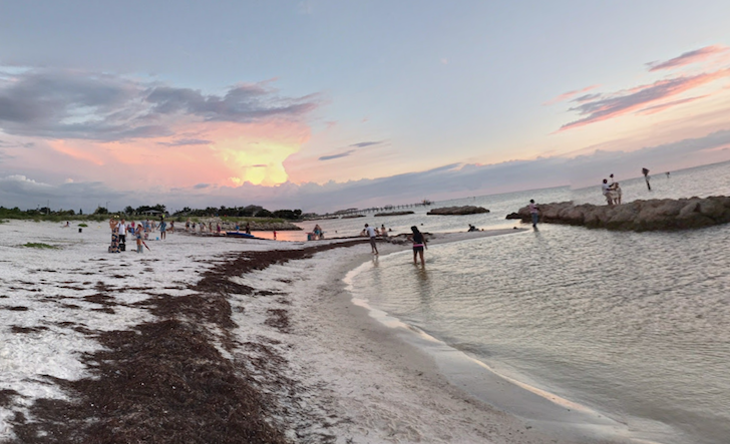