“Let me tell you something, I haven't even begun to peak." 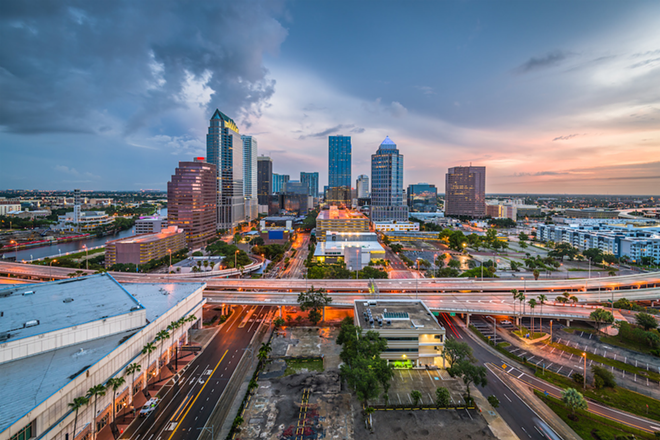 The thing about “peaking,” is whatever or whoever it involves, they’ll deny it till the bitter end.

The best example of this theory is arguably demonstrated by Dennis Reynolds on the show It's Always Sunny in Philadelphia: “Let me tell you something, I haven't even begun to peak," says Dennis to his sister Dee. "And when I do peak, you'll know. Because I'm gonna peak so hard that everybody in Philadelphia's gonna feel it.”

He did in fact peak, and now it appears it's Tampa Bay's turn to peak.

After years of steadily rising home prices, it would appear that the Tampa Bay housing market has also finally reached its value threshold, according to a recent report from real estate site Zillow.

Home prices in Tampa Bay have continued to decline over the past two quarters, adding to the the first downward trend nationally in nearly seven years, says the report. Currently, the median home value in Tampa Bay for April was $213,800, which is a 0.4% difference from March, and a 5.7% decrease from this time last year.

"Month-over-month numbers are volatile, and this small decline could reverse itself before the year is out and before national home values go negative on a year-over-year basis. That said, the likelihood that home values have peaked in several local markets is real,” said Zillow Director of Economic Research Skylar Olsen in a statement. “The price correction in these areas should continue after years of significant home value growth that substantially outpaced income growth."

In other words, if you’re thinking about buying a home, you may just want to hold out a little longer.

Not only have values decreased, but Tampa Bay’s inventory for homes for sale has also dropped considerably.

This places Tampa among a hefty list of 16 of the 50 largest metro areas in the country that have also “peaked,” including Los Angeles, Philadelphia, Houston, Miami, Boston, San Francisco, Seattle, San Diego, St. Louis, Baltimore, Pittsburgh, Portland and San Jose.

Considering the average Tampa resident can only afford a 619-square-foot apartment, and the Bay area is currently ranked among the country’s largest metro areas for income inequality (with a wealth gap that jumped a whopping 16.2% over the last ten years), it’s safe to say that we’re in desperate need of any sort of market correction.