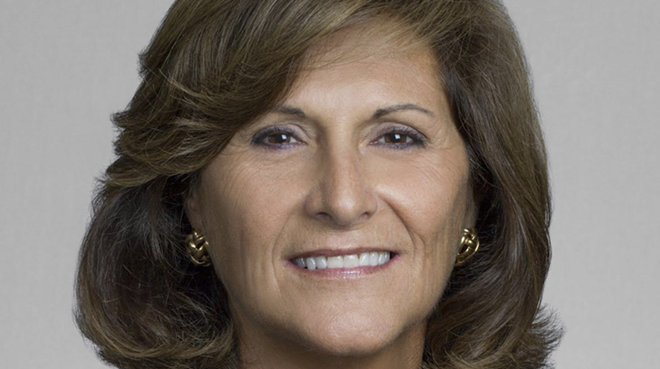 Grimes, who oversees the entirety of the city legal department, made her intention known in an Aug. 1 memo to Tampa Mayor Jane Castor and City Council Chair Joe Citro.

In the memo, Grimes cites the city charter’s requirement that department heads live within city limits. Grimes’ waiver to live outside city limits expires on Friday, Aug. 5, which will be her last official day leading Tampa’s legal department.

“Due to personal family circumstances, it is no longer feasible for me to relocate into the City of Tampa,” Grimes, who was seen condo shopping in Netflix's "Selling Tampa," wrote.

Castor has 90 days to appoint and submit a new candidate to fill Grimes’ position. The mayor’s appointee must be confirmed by city council with no fewer than four votes, according to the city charter.

In the meantime, Grimes wrote that she will transition the responsibilities of the City Attorney to Deputy City Attorney Andrea Zelman. Over the next four weeks, Grimes will serve in a legal and supportive role to complete the transition.

Grimes formerly served as chief assistant city attorney and city council attorney for the city from 1985-2004. Before returning to the city, she worked as a land-use attorney with Hill Ward Henderson.

“I have worked with Gina Grimes for over two decades. She is an incredible attorney who has built the best law firm in Tampa. An amazing team that continues to serve all of our varied community needs" Castor told CL in a text message. "I am grateful for her service and friendship. No doubt she will continue to follow her servant heart. “ 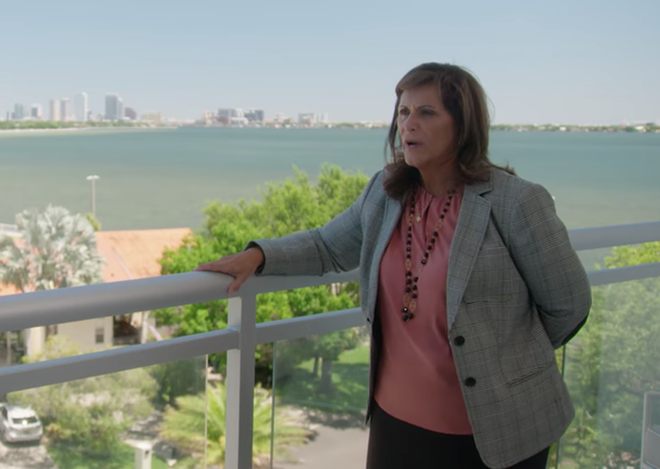 Photo via Netflix
Gina Grimes goes condo shopping in season one of the Netflix series 'Selling Tampa.'
Earlier this year, documents showed that Grimes used her personal cellphone to communicate with an attorney, who just months ago sued former councilman John Dingfelder, in part, for using a personal email.

Grimes declined to represent Dingfelder in the lawsuit.

Despite telling City Council members to not use their personal phones for city business, Grimes used hers to stay in regular contact with attorney Ethan Loeb during hours of phone calls between December and March of this year, according to documents obtained by Creative Loafing Tampa Bay.

Last October, Loeb filed a public records lawsuit against Dingfelder, which ultimately led to his resignation as part of the the lawsuit settlement.

Grimes also used her personal cell to discuss a property in Tampa city limits with Steven Michelini, a consultant for developer Jon Lum.

In Grimes' communications with Michelini, information from the texts was missing, including images and a PDF named "FILE 8481" that he sent to Grimes on October 5, two days before Grimes said the city would not represent Dingfelder.

When CL asked where the images and PDF were, the city attorney's office said that that's how they appeared on Grime's phone when it was scanned as part of the request made by CL. All of the attachments in the records request said that they are stored in Apple's iCloud web storage service.