"This, to me, is just a modicum of dignity when it comes to this issue." 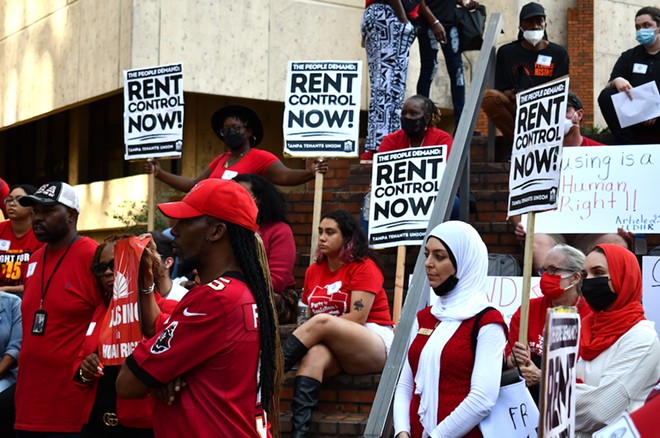 Justin Garcia
Protesters outside of Tampa City Hall call for rent control.
This afternoon Tampa City Council made the 'Tenants Bill of Rights' ordinance law in a unanimous vote. The ordinance prohibits landlord discrimination against tenants who receive government assistance, among other helpful measures for tenants.

Councilman Luis Viera was the only one who discussed the issue before council voted.

"This, to me, is just a modicum of dignity when it comes to this issue," Viera said. "So I look forward to passing this and I thank everybody for their hard work."

The ordinance calls on Tampa landlords to provide tenants with a notice of their housing rights and a list of tenant assistance resources, should they so need them. And just like a nearly identical resolution Hillsborough County commissioners passed 5-1 last year, the city's bill would have also prohibited landlords from discriminating against renters who use Section 8 vouchers.

The assistance is most often used by low-income families, disabled and elderly people—the most vulnerable of Tampa's residents. The government support is often the barrier between those vulnerable people and homelessness. 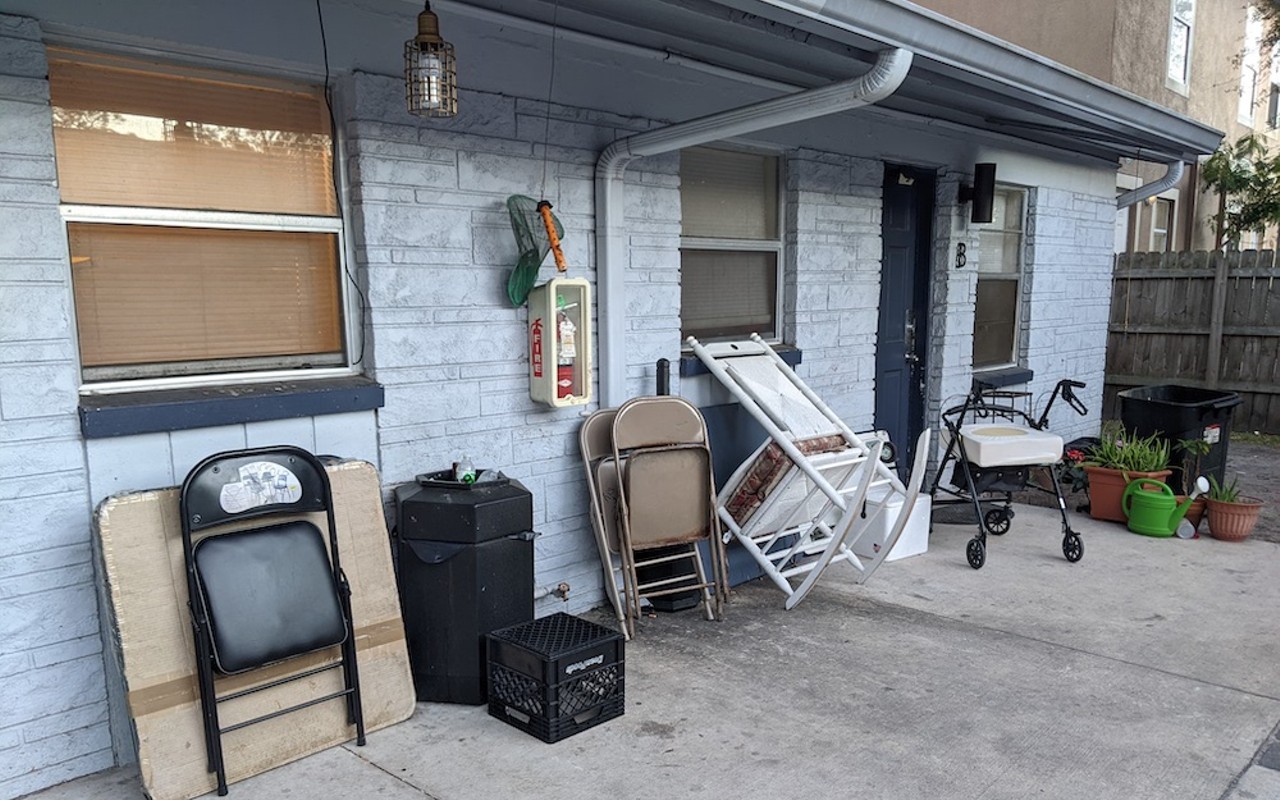 Tampa City Council's reasons for denying 'tenant's bill of rights' are bullshit, and an insult to the poor: Council's decision to shoot down the ordinance only harms the poor during what they have multiple times called a housing "crisis".

The road to passing the ordinance was turbulent.

The vote today comes after rent stabilization and control were shot down by Mayor Jane Castor's administration and city council. The administration and council members initially said that their hands were tied in enacting rent control due to state law. But last week, Castor strayed from that narrative, stating that the measure could 'kill development' in the area.

Meanwhile, over half of Castor's 'Tampa Strong' PAC was funded by development interests.

Savage Love: Freysexuals don't want to have sex with someone they have strong feelings for