The ordinance would also make it so that renters on month-to-month leases would receive 30 days notice.

Justin Garcia
Protesters outside of Tampa City Hall demand rent control last March.
This morning, Tampa City Council voted unanimously to pass the first reading of an ordinance that could provide more notice to renters whose landlords are seeking to increase rent or terminate leases.

Currently,  there is no such time barrier between tenants and rent increases—month-to-month renters also currently get just 15 days notice of lease termination.

The ordinance was first presented by councilman Bill Carlson last month as tenants demanded rent stabilization and rent control, with the extended rent increase notice period being an additional idea presented by the community. Rent stabilization was shot down by both city council and Mayor Jane Castor, with council saying their hands were tied by state law and Castor saying it would kill development. 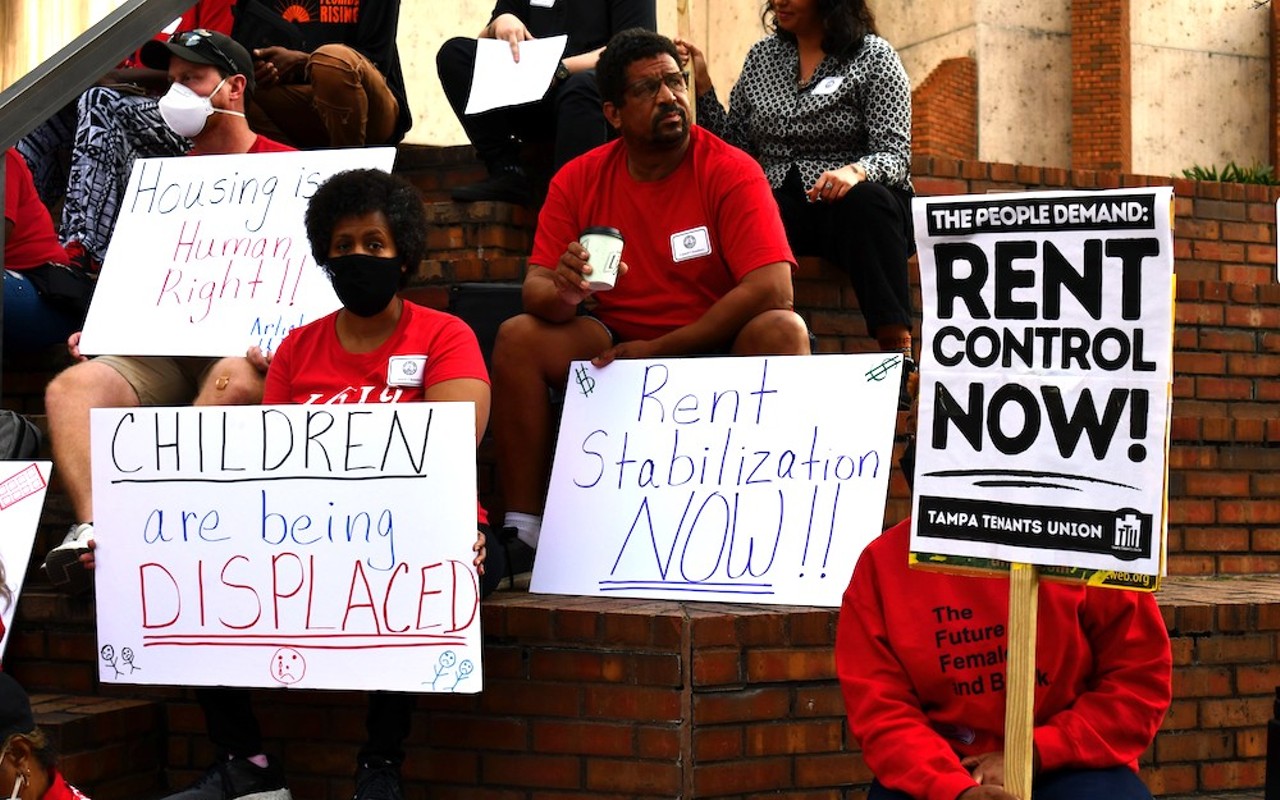 The initial idea from the community was for landlords to provide six months notice before rent increases. But the Tampa City Attorney's office claimed that amount of time could infringe on Florida state law, whereas there has already been an attorney general's ruling on the 60-day notice period, deciding it as legal.

"I just want to let the members of public know that we we did attempt not just a 90-day notice period but six-month notice period, but the most we can do is 60 days and we just heard from the Bay Area Apartment Association that they might even challenge the month-to-month part of it, Carlson said. "But depending on what legal says I would recommend we step forward anyway."

A representative from the Bay Area Apartment Association (BAAA)—a landlord group that has pushed back against rent stabilization and a Tenant's Bill of Rights that eventually passed despite their objections—did call in today to object to the ordinance.

Russ Webb, executive director of BAAA spoke during public comment, saying that his group is looking into the ordinance.

"I want to note that we did have some concern that the ordinance may conflict with state law that may have superseded local jurisdictions authority but we're working with some attorneys to examine that and once that's done, we'll let you know when we find out," Webb said. "But that said, we are glad to see that the rent increase notice in this ordinance is 60 days instead of the six months that was originally discussed."

Webb also said that 30 days notice to kick month-to-month tenants out of their leases is too long, citing concern for the residents themselves rather than the landlord group he represents.

"Requiring 30 days notice will make it almost impossible for tenants to give notice of lease termination in the same month," Webb said. "Residents will then be on the hook for an additional month's rent because of this ordinance if it moves forward. We think you may want to consider a 21 day notice period which would give folks on a week at the beginning of a rental period who are on month-to-month in that lease." 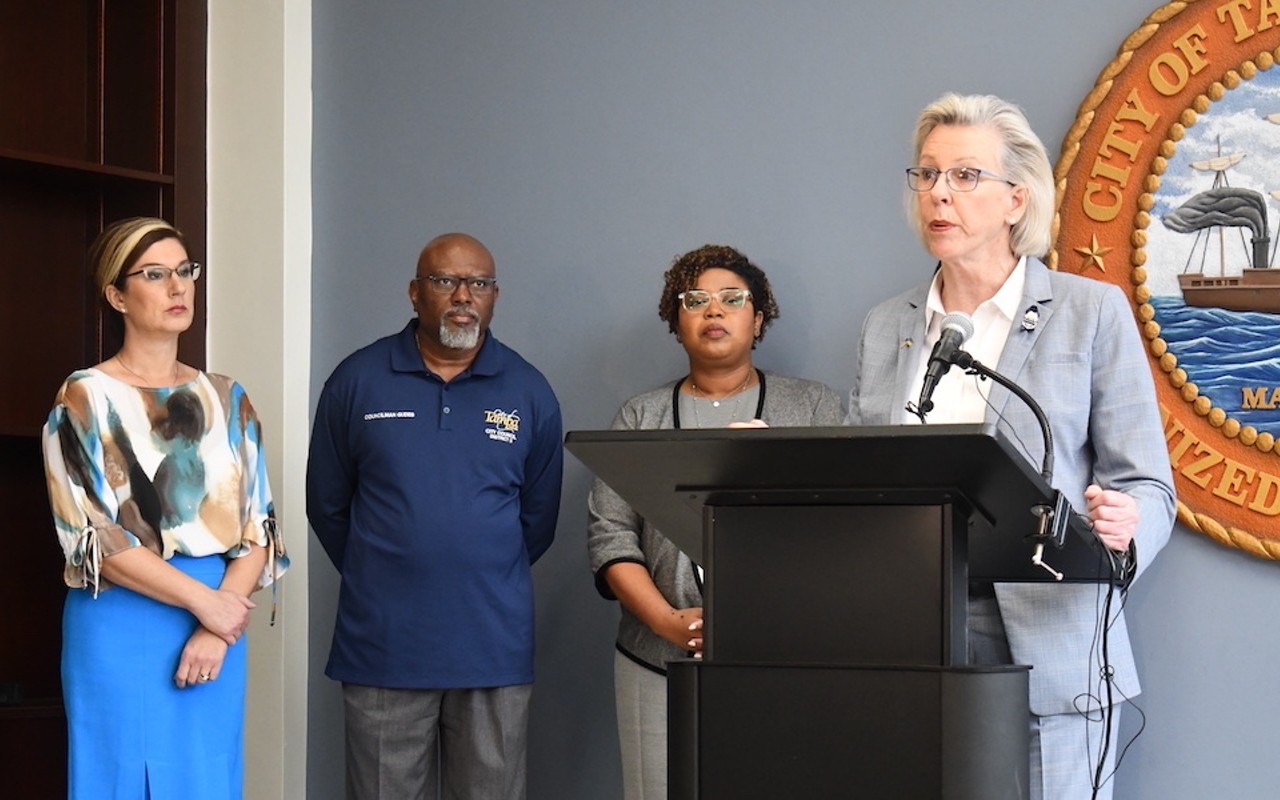 Rebecca Johns, assistant city attorney, quelled council's concerns over Webb's claims that the ordinance may infringe on state law, and cited a Florida attorney general ruling, saying, "It states that you can enlarge a notice period that's provided by the State, provided that it's not in conflict with the other portions that the state decided on."

Coucilman Luis Viera also spoke in favor of the ordinance, but said that council wants to do more than after this small step toward protecting renters.

"I know that all seven of us are frustrated because we're dealing with such a large crisis, and on issues like this, we are limited," Viera said. "But it's good for us to be able to move forward on these things that we can do, bit by bit, to be able to address this crisis and do the most that we can here in the City of Tampa."

City council will hold a vote to potentially pass the ordinance during a second reading on May 19.