Brandon Barclay, vice president of the police union, told council he did opposition research on a Tampa citizen. 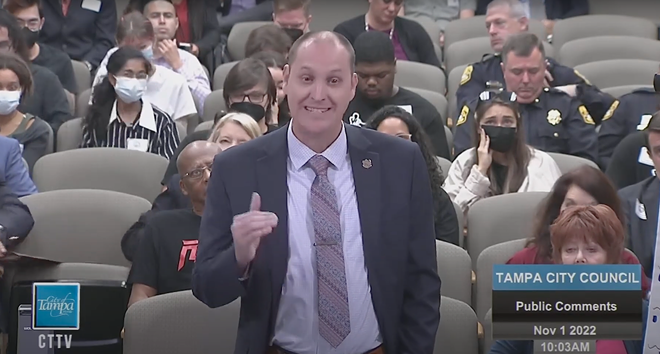 Today, Tampa City Council members suggested an internal affairs investigation into a police officer, who is also a high-ranking member of the police union, to learn the extent of opposition research he did on a local activist who has pushed for police transparency.

Council's interest in an investigation was prompted by Brandon Barclay, who came to council last Tuesday to speak against local attorney and activist James Michael Shaw Jr., who wants Tampa's Police Citizen Review Board (CRB) to have more tools to investigate police misconduct, including subpoena power.

During comments to council, Barclay, Vice President of the Police Benevolent Association, said that he made a FOIA request into Shaw Jr. and the CRB, and had monitored his social media. Today, Shaw Jr. refuted many of Barclay's claims against him, and wondered why Barclay was surveilling him instead of concentrating on police accountability and transparency.

This led multiple council members to wonder if it was proper for Barclay to be doing opposition research on Shaw Jr.

The suggestion for the investigation into Barclay came from councilman and former police officer Orlando Gudes, an idea that received support from councilmen Charlie Miranda and Bill Carlson.

"Since Deputy Chief [Calvin] Johnson is here and the major, they've heard the allegation...they can automatically go and write a service level complaint and have that looked at by internal affairs," Gudes said. 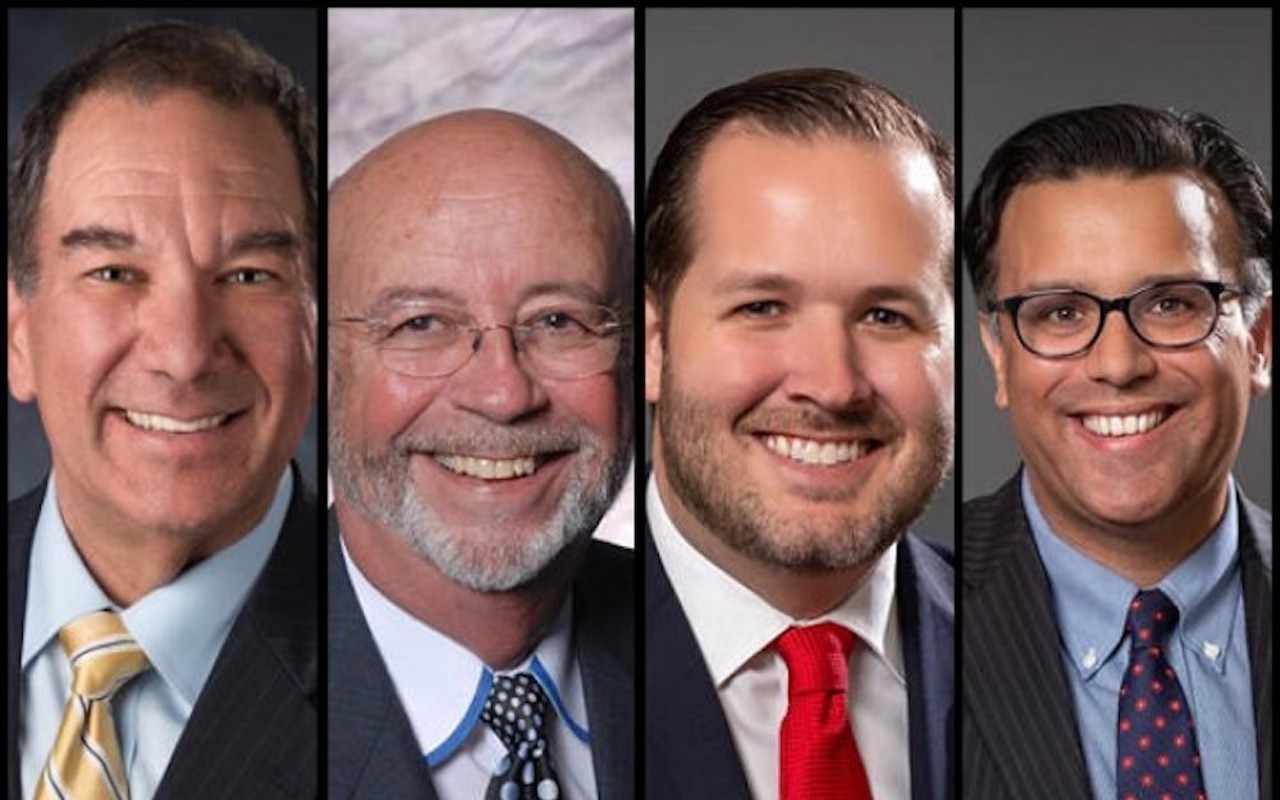 Barclay said that a FOIA request he made into Shaw Jr. and the CRB showed that he had been communicating with a member of the CRB. "Mr. Shaw, the ACLU and Mr. [Carlos] Valdes on the CRB have been working extensively together, to push Mr. Shaw's agenda," Barclay said.

Valdes went up right after Barclay to push back on Barclay's claim, saying that he and Shaw had only spoken one time.

During the Tuesday meeting, Barclay also claimed that if city council gave the CRB power to subpoena its own evidence, it would be handing over the board to Shaw.
He claimed that Shaw is against the police.

"Mr. Shaw is opposed and hostile to all law enforcement of any kind," Barclay claimed.

He said that Shaw had made disparaging comments online about fallen officer Jesse Madsen. He referenced a post on social media by Shaw, which talked more about the nature of the statue that memorialized Madsen.

The sculpture, a metal lion, is called “Taking a Stance,” and weighs 800 pounds, stands six-feet tall, and is made up of various pieces of the police car that Officer Madsen was driving when he was hit and killed by a wrong way driver.

Today, Shaw Jr. explained that he was more critical of the statue itself, but has since removed his social media post. He also pointed out at today's council meeting that he had actually donated to Madsen's memorial fund via Mayor Jane Castor's RISE Police non-profit in March of 2021, when Madsen died, and shared the receipt with council. 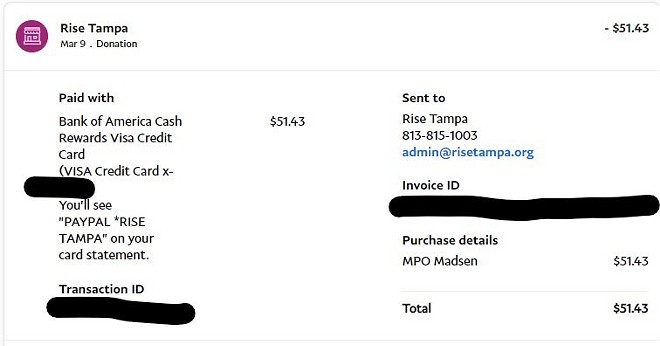 James Michael Shaw Jr.
A receipt showing that Shaw Jr. donated to Madsen's memorial fund in 2021.
"I didn't even know the man [Madsen] but I was struck by his act of of self sacrifice and to hear some member of TPD come here and stand up and tell me that I hate police officers is uncalled for," Shaw Jr. said.

He also agreed with CRB board member Valdes that they had only met one time.

"Again that was dishonest," Shaw Jr said of Barclay's claim that he and Valdes were involved in some kind of conspiracy together. "I spoke with the man once for 30 minutes in July and I haven't spoken to him since."

A social media post shows that Valdes was upset that TPD and Mayor Castor's administration had kept a U.S. Department of Justice Investigation into TPD's racially-biased crime free multi-housing program a secret from the CRB.

Carlos Valdes via LinkedIn
CRB member Carlos Valdes was frustrated by TPD's lack of transparency about the U.S. Department of Justice investigation into the department.
Shaw, when referencing what he claimed to be dishonesty from officer Barclay, said, "That's a public safety problem, isn't it?" He pointed out that Barclay's behavior means he couldn't be trusted in a court case. He also said that it is the exact reason why the CRB needs subpoena power, and encouraged council that they still had time to "do the right thing" by using their power to give the CRB such power. 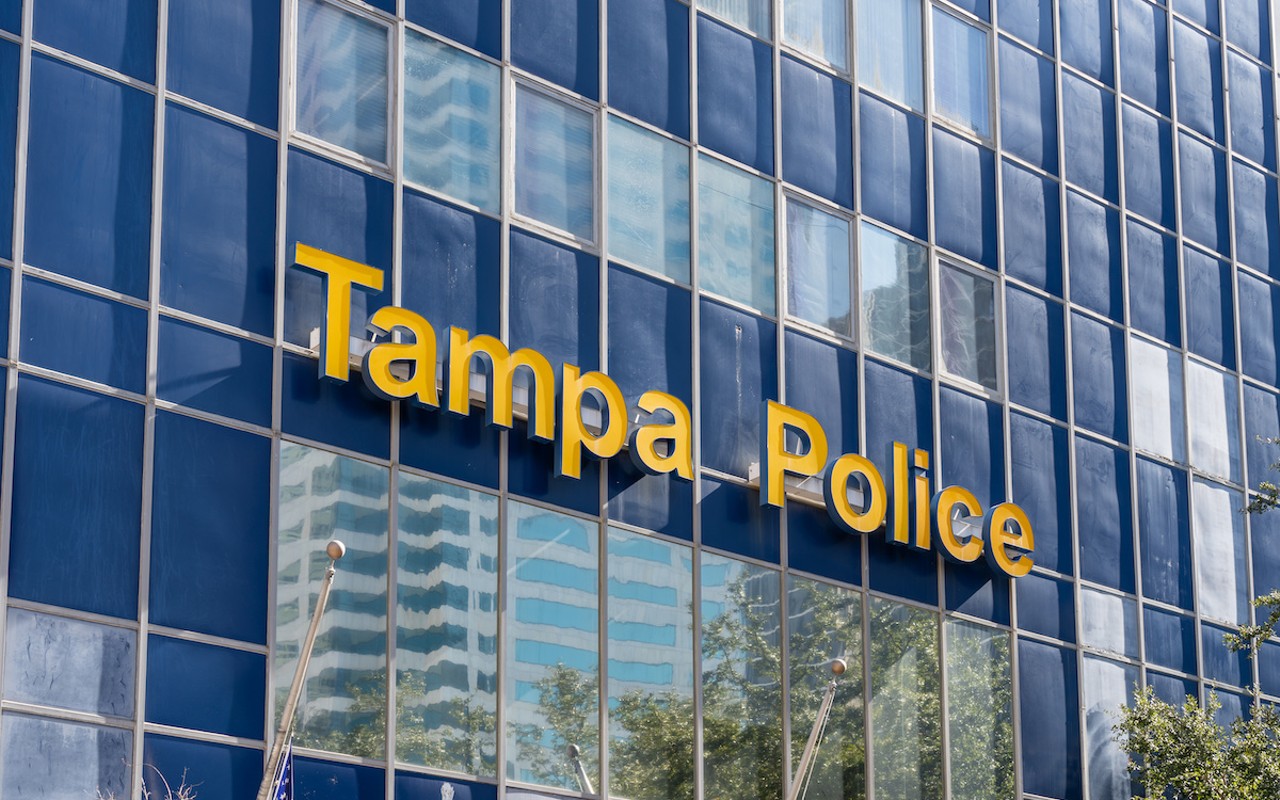 On Tuesday, councilmen Maniscalco, Viera, Citro and Miranda voted against letting voters decide if the CRB should have more subpoena power.

After Shaw Jr. spoke, and other public speakers echoed his concerns about being retaliated against by TPD and Mayor Castor, a comment from Councilman Carlson had prompted Gudes and Miranda to call for the internal affairs investigation.

Carlson wondered if any city staff had been involved with Barclay's research into Shaw Jr.

"If somebody paid by the city or directed by the city did research on Mr. Shaw, I find that reprehensible and against basic American values of democracy," Carlson said.

He called for the city to investigate if anyone else was involved with the research into Shaw Jr. which the council plans to vote on later this evening.