Tampa City Council's reasons for denying 'tenant's bill of rights' are bullshit, and an insult to the poor

Council's decision to shoot down the ordinance only harms the poor during what they have multiple times called a housing "crisis". 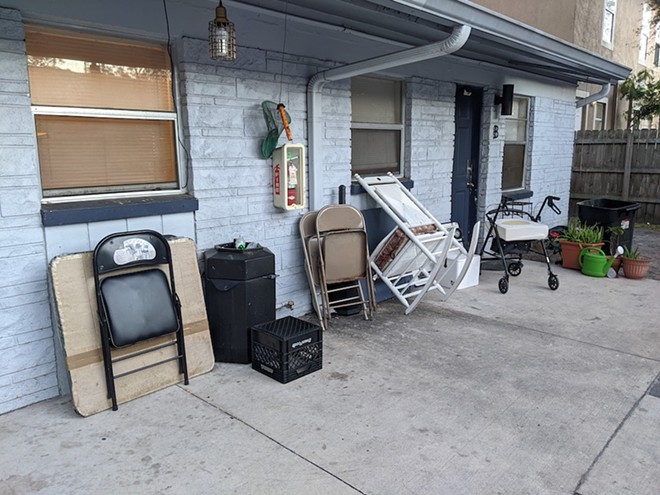 Justin Garcia
A family's belongings sit outside of their unit at Holly Court Apartments in Tampa, where tenants are currently being evicted.

As I watched four Tampa City Council members vote no yesterday on an ordinance that would have supported renter's rights, I wondered if any of them had ever been housing insecure, or homeless.

I wondered if they had ever scrounged in trash cans as kids to find food. If they had watched people close to them suffer and starve. If they had ever tried to get a decent night's sleep on park benches, under bridges, and in abandoned houses.

I was homeless as a teenager, so I couldn't help but ask myself if these councilmen had any idea what it's like.

I felt my spine tense up as John Dingfelder, Charlie Miranda, Bill Carlson and Joseph Citro voted no after just seven-minutes and 20-seconds discussion over the second reading of Tampa's "Tenant's Bill of Rights."


The ordinance would have called on Tampa landlords to provide tenants with a notice of their housing rights and a list of tenant assistance resources, should they so need them. And just like a nearly identical resolution Hillsborough County commissioners passed 5-1 last year, the city's bill would have also prohibited landlords from discriminating against renters who use Section 8 vouchers.

The assistance is most often used by low-income families, disabled and elderly people—the most vulnerable of Tampa's residents. The government support is often the barrier between those vulnerable people and homelessness.


Over the past year, the path to homelessness in the Tampa area has been laid bare as rents skyrocket and landlords file evictions in Hillsborough County. Clerk of court records show that 9,079 evictions were filed over the past year, 6,067 of which have reached writ of possession status—when the law shows up and removes the poor from shelter.

These are not just numbers. These are living, breathing human beings. They're our neighbors being pushed to the edge of existence as the COVID-19 pandemic has ravaged Florida for the past two years.


Support for the growing homeless population can't keep up with the new homeless hitting unforgiving streets. The situation is so dire that city council members have many times have referred to it as a "crisis".

Yet, as their self-declared crisis rages around them, four council members couldn't find it in their hearts to say that renters—who make up about 44% of the population of this city—should have an ordinance stating their basic rights.

Even prisoners of war have basic rights like food, water and shelter. Is it really too much to ask that renters have a clear edict on what their rights are? 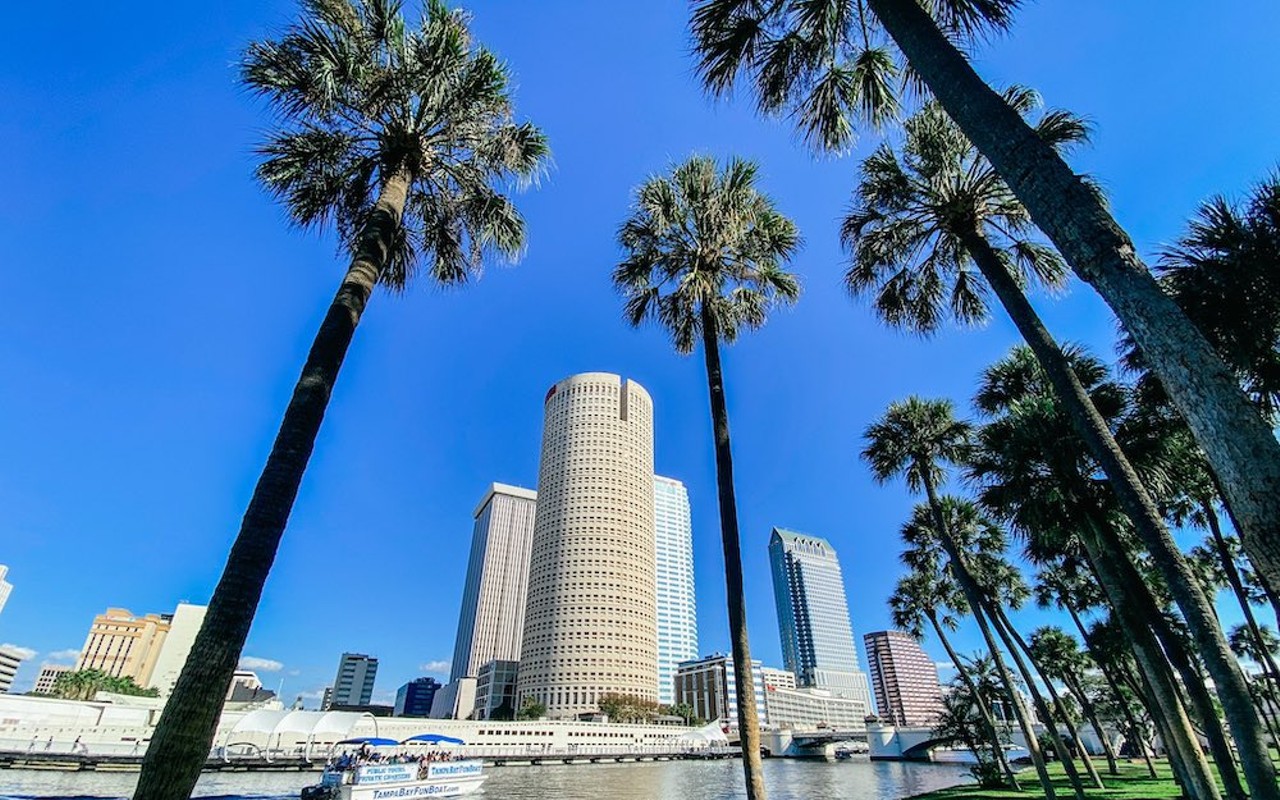 Tampa City Council votes 6-1 to approve first reading of 'tenant's bill of rights': The vote did not pass without scrutiny.

What's more is that council passed the first reading of the tenant's bill of rights almost unanimously on Jan. 13, with only Miranda dissenting. But something happened between January and yesterday's meeting—something influential enough to turn the tide against basic renters rights.

In an email, I asked the councilmen who voted no if they've been approached by landlords between this week's reading and January's; the email also asked if they were homeowners or have ever been housing insecure or homeless. None responded to those specific questions.

But during Thursday's council meeting, city staff said they had been "in contact with the Bay Area Apartment Association," a landlord group who had asked questions about the ordinance.

Public records also show that city council received an email from a local attorney at Paralaw Services, saying, among other things, "The city needs to stay out of private rental contracts. I have personal experience with this sort of thing and the unsuspecting landlords get shafted by the professional tenant." The email did not explain how basic renters rights might somehow lead to landlords getting the shaft.

As the Tampa Bay Times pointed out in a story about Hillsborough County's passing of the renter's bill of rights, housing assistance is often the last step between having a roof over your head and survival mode.

Yesterday's council vote stripped away an opportunity to support the vulnerable people on housing assistance in Tampa.

"Everyone has a right to vote their conscience, and I thought the resolution was the right thing to pass, for tenants and landlords," Council Chair Orlando Gudes—who voted yes for the bill of rights along with Guido Maniscalco—told me during a phone call. "But other councilmen felt differently, and that's something we have to live with."

When I asked what could have happened over the past month to make the vote flipped so drastically Gudes said, "I have no comment about that."

But councilman Luis Viera, who was absent for the vote and told me he was surprised by his colleagues' decisions, said he believes the door isn't closed on the ordinance.

"I will make a motion next Thursday to have this issue come up again before council promptly so that we can at the very least, reach common ground on a reformed tenant's bill of rights that a majority of members can get behind," he said in a text that he later made public. "We cannot leave this moral issue in our rearview mirror."

Viera said that the message this voting this ordinance sends to renters is "not a good one" and "it is not consistent with the hearts, I believe, of council members."

He said that the city is facing a crisis for many apartment dwellers and renters in marginalized communities. Viera said he was not there to vote Thursday because he was handling a judicial investiture for a friend.

Dingfelder's argument against the resolution was based on not inconveniencing landlords; he also thinks it's unrealistic to even symbolically support basic renters rights.

On Jan. 13, when the first reading of the resolution passed, he argued that "mom and pop" landlords could be affected by it, saying it would be a pain for them to have to notify renters of their rights upon signing a lease. Still, he "reluctantly" voted yes.

Yesterday, he said he didn't want to pass something that looks like city council is doing something when they aren't.


"I think it's a fiction," Dingfelder said. "And I don't like to operate in a fictional world. Because at the end of the day, no landlord has to abide by the rules and regulations of HUD and the housing department and take on Section 8."


Carlson told me that he initially aligned with Dingfelder on the vote because of his concerns about the ordinance. He said that it is council's duty to pass legislation that will be effective and that will be implemented to accomplish the goal. "Obviously we need to bring back a revised ordinance and I expect that it will pass," Carlson added.


Miranda rambled about how he can't control the cost of eggs and neither can the president.

County Commissioner Kimberly Overman said that the identical county ordinance is not a work of fiction, as Dingfelder claimed, and in fact has been helpful in assisting families in need at the county level.

Parents that are at risk of losing their kids because they don't have stable housing, that's not symbolic, that’s a family crisis.

“Parents that are at risk of losing their kids because they don't have stable housing, that's not symbolic, that’s a family crisis," Overman told me.

Overman said the county reached out to the Bay Area Apartment Association which operates many rentals in the county; landlords were advised on the ordinance, and provided with the tenant's rights paperwork.

"They notify their tenants like they're supposed to, according to the rules, and we have less of a problem as a consequence of it," Overman said. "I don't see why the city would frame this as some sort of fictional issue, unless they just didn't plan on enforcing it at all. And it's not like the landlords lose anything, they still get paid by the government assistance programs."

She said she was "highly disappointed" with her city council colleagues, because many of the multi-family units in the county are located in Tampa city limits. Council's resistance to the ordinance only hurts the vulnerable.

While Dingfelder referred to the idea of protecting at-risk people and families with government assistance as fictional, the crisis of homelessness  is in fact very real.

While homeless against your will, it's easy to feel crushingly alone, even in a crowd. The psychological and physical suffering are so intense that you want to turn to anything that quiets the pain. It's no wonder that so many people turn to drugs after they become homeless.

It is a situation that can only truly be communicated through experience. It has to be felt.