Castor won't apologize to a family whose father died in the hands of TPD, marking a trend of refusing to apologize for TPD's actions.

City of Tampa
Tampa Mayor Jane Castor speaks at a press conference about the crime free multi-housing program, which is under federal investigation.

Tampa Mayor Jane Castor doesn't seem concerned with the healing power of apologies, at least when it comes to the way the Tampa Police Department has harmed the Black community.

She has yet to apologize to the family of Arthur Green Jr., who died while restrained by TPD as he was having a diabetic emergency in 2014.

Last week, WTSP reported that the city has now settled an eight-year lawsuit with the family, who accused two TPD officers of using excessive force while trying to arrest Green as they failed to recognize he was having a medical emergency.

As part of the settlement, Green’s family said they requested an official apology from Castor, who was police chief at the time of his death, but she refused.

“The Tampa police didn’t treat our dad like a human being,” Arthur Green's stepson Kurt Young told Creative Loafing Tampa Bay. “And it’s deplorable that Jane Castor is trying to avoid accountability for that.”

Young said that he was raised by Green just like a biological son, and pointed out that he was a beacon of hope for the community and a mentor to many. Young said that TPD’s initial response was to try to vilify his dad, to avoid taking responsibility for what the police did to him.

“Castor had the chance to apologize and be on the right side of history, but she’d rather try to uphold this false narrative that my father was somehow in the wrong and that TPD acted according to policy,” Young said.

The Greens are just one of many Black families that have been affected by TPD's actions, especially when Castor was chief from 2009-2015.

Castor oversaw "Biking while Black", which disproportionately targeted Black bicyclists for police stops, searches and tickets. A Tampa Bay Times investigation found that from 2003-2015, TPD wrote more than 10,000 bike tickets. Black people received 79% of those tickets despite being just 26% of the population.

While the Department of Justice investigated the biking tickets, Castor also oversaw the "crime free multi-housing program" later dubbed "renting while Black." The program targeted mainly Black renters for eviction and is currently under federal investigation. The mayor's administration kept that investigation a secret for five months until holding a press conference about it in April. 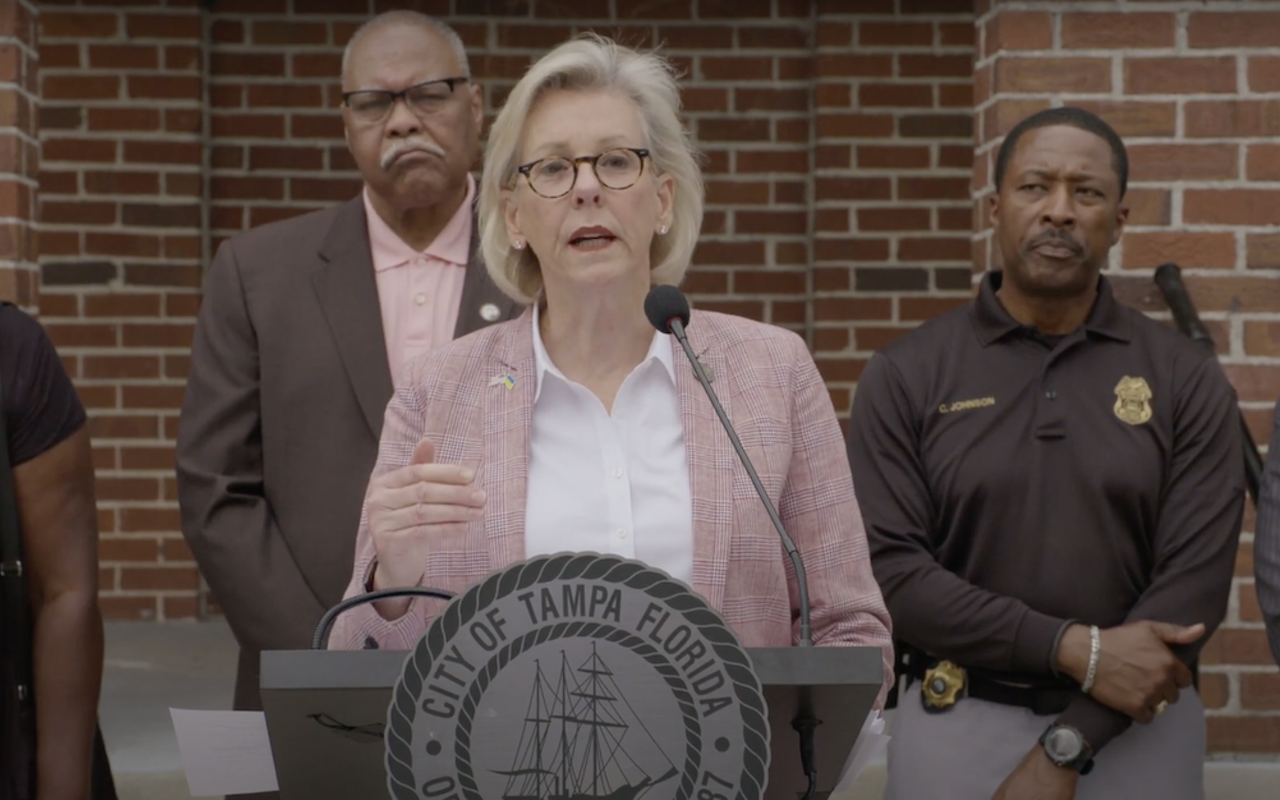 'The mayor has left a trail of dishonesty': Jane Castor's latest claims about Tampa's 'crime free' housing program under scrutiny: Under federal investigation for the second time, Castor says media is wrong about ‘crime free’ but the facts say otherwise

After vigorously defending both of the racially-biased programs, Castor eventually listened to the insistent demands of the public, especially the Black community, and allowed for the programs to change.

While running for mayor and under pressure, Castor said the "Biking while Black" tickets were wrong, but did not issue an official apology to the people affected.

Last month, a BuzzFeed investigation found that several Black police officers have become disillusioned with their jobs after realizing the racial inequities inside TPD.

Creative Loafing Tampa Bay asked the mayor's administration about the lack of apology to the Green family, along with what seems to be a trend of not apologizing to the Black community for transgressions under her leadership.

"Mayor Castor offered her condolences directly to Arthur Green’s son in 2014," wrote the city's Communications Director Adam Smith. "She also was scheduled to meet with family members several months ago, but they decided against it. Arthur Green was a good man, a widely respected youth coach and mentor who left a positive legacy in our community."

But offering condolences is not the same thing as apologizing.

Offering a condolence is to express sympathy, not to admit that TPD was in the wrong in Green's death. When asked follow-up questions about TPD’s programs that have caused harm to the Black community, Smith did not respond.

The Green family told CL that Castor’s administration had already confirmed that she would not be offering an apology before the meeting that Smith mentioned. When they heard she was refusing to apologize, the family then refused to meet with her.

“The lack of accountability allows Castor to placate the community in a way that she doesn't feel like she has to be responsive to the needs and wants of the community, including our family,” said Owen Young, Green’s stepson. "Harming a community and not apologizing one time is a mistake, two or three times is a trend."

As the controversies surrounding the mayor pile up, the Restorative Justice Coalition, a group focused on racial and economic justice in Tampa Bay has become fed up by Castor's unwillingness to concede when she and TPD have committed wrongs.

"Although it is disappointing, it is certainly not a surprise to us at RJC that Mayor Castor has not apologized or taken any true responsibility for her leadership over TPD's misconduct that resulted in the tragic and preventable murder of Arthur Green Jr.," RJC wrote in an email. "She has a continued legacy of enacting harm to Black communities, none of which she has taken true responsibility for."

RJC said that Castor has an opportunity to truly transform Tampa and "her legacy of violent racist policies" but has chosen to instead ignore the harm caused.

Castor has shown that she does in fact have the ability to apologize—but mainly when others have committed wrongs.

She righteously and immediately apologized when councilman Orlando Gudes was accused of toxic, sexually inappropriate behavior in his workplace. The city quickly settled with the victim for $200,000 after putting out a press release as soon as the allegations surfaced in the media. It didn't take eight years and a long legal battle, as was the case with the Green family.

She also apologized for past administration's roles in erasing Tampa's Black cemeteries.

And she immediately offered a lighthearted apology to football star Tom Brady when he was kicked out of a park while working out shortly after he first moved to Tampa to play for the Buccaneers.

But for families like the Greens and other members of the Black community hurt by TPD and its problematic practices, there's not much in the way of apologetics.

And when Castor is not refusing to apologize, she's avoiding answering questions when the Black community is asking who is responsible for certain decisions.

In December of last year, Black construction experts first raised attention to the massively flawed "City Center at Hannah Avenue" project. They were concerned that the Black community hadn't been invited to participate, and that the project itself didn't follow proper state laws in the bidding process.

They wanted to know who was responsible, along with several city council members. 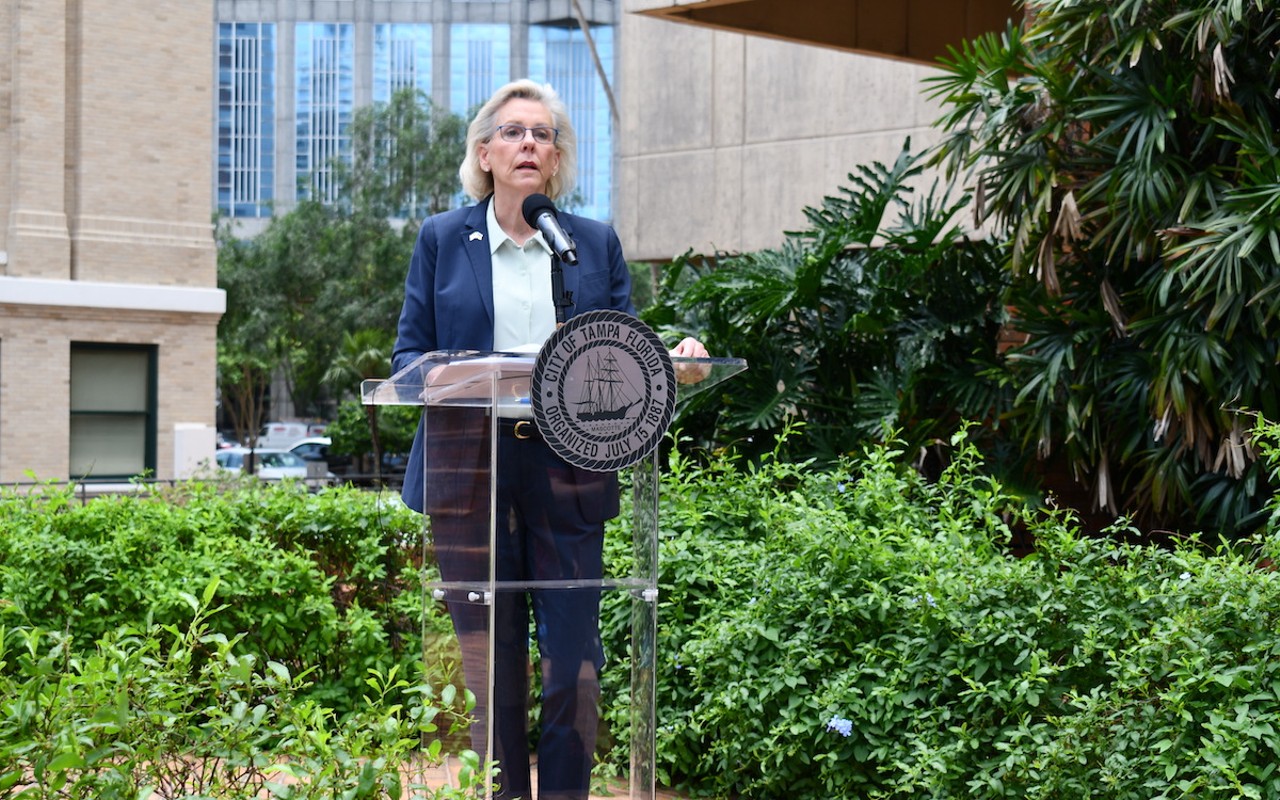 As she called for transparency, Tampa Mayor kept public in the dark about DOJ investigation, city center project: "At the end of the day, it's all taxpayers' money, and the people deserve to know the issues that Mayor Castor has withheld from the public."

Castor waited over five months to admit that she gave the final approval on that project. Now, the city is considering changing local laws to increase transparency and accountability—the very same things that she publicly called on city council members to improve on earlier this year.

Black leaders of social justice groups like the Hillsborough NAACP and Florida Rising have pointed out that Castor needs to be more transparent and honest in the way that she operates.

"As a high ranking police officer and then police chief, she got used to people doing exactly what she said and being able to control the narrative," Robin Lockett of Florida Rising told CL in May. "But being a politician isn't supposed to be like that, the people elected you, so you have to listen to them and be honest with them."

The inconsistencies in how Castor responds to concerns of the Black community are clear to the sons of Arthur Green Jr., who wonder if the people of Tampa will demand that the mayor take accountability for behavior that has caused widespread harm.

They told CL that city council and county commissioners have apologized to them for the harm TPD caused to their family, which shows that elected officials are capable of doing the right thing.

“The lesson we can take from Castor’s behavior is that we have to support candidates that demonstrate a commitment to addressing the problems associated with our community,” said Kurt Young. “If anything, Castor has shown contempt for the Black community.”

Owen Young said that it’s up to the citizens of Tampa to decide what’s next.

“High ranking officials should be capable of apologizing and admitting when they’re wrong," Young said. “If they can’t do that, it’s time for things to change."