He ran for mayor this year. 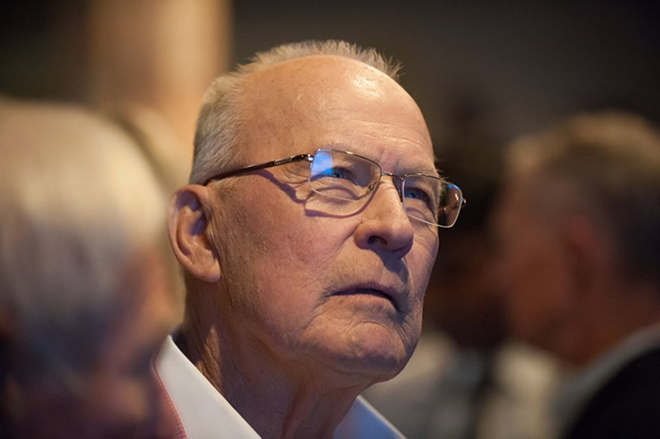 A spokesperson for David Straz told media that the Tampa philanthropist and former mayoral candidate died today near Homosassa where he was on a fishing trip. He was 77 years old.

“I’m saddened to hear about the passing of Mr. Straz,” Tampa Mayor Jane Castor said in a statement. Earlier this year, Castor defeated Straz in a runoff election for mayor. “David’s indelible contributions to this city will be a part of our cultural fabric for decades to come. My heart goes out to the entire family during this very difficult time.”

Tampa newbs probably know Straz from his high-profile, $5 million, sometimes controversial, 2019 run at the mayor’s office, but longtime residents knew Straz’s name because of the tens of millions he donated to Tampa’s performing arts center, which was renamed for him in 2009. Straz’s name is also on a dormitory at the University of Tampa, to which to donated.

"David’s commitment to and love of the performing arts and of this community was beyond compare, and we cannot thank him enough for the impact he has made on the lives of so many,” Straz Center CEO Judi Lisi said in a statement. “His philanthropic legacy will continue to live on our stages and inspire the hearts and minds of us all."

Straz, who most recently lived in Tampa’s Beach Park neighborhood, moved to Florida in 1980 after selling a chain of banks in his birth state of Wisconsin. He started another chain in Florida, which grew to 21 branches before he sold them in ‘94. The Tampa Bay Times says that Straz was worth $426 million.

In a statement, the David A. Straz, Jr. Foundation said that Straz died in his sleep, adding that,  "The Straz family is asking the media to respect their privacy during this difficult time. We will release funeral plans once they are final."

No cause of death was released.

This is a breaking story and we'll update it as more information is available.