New stops and two smaller boats are also part of a $1.6 million expansion. 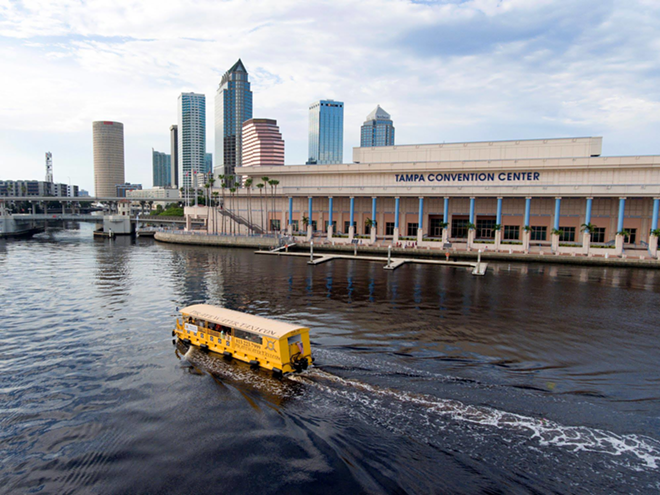 If you haven’t figured it out by now, then know that an investment in a Pirate Water Taxi annual pass is one of the best buys a Tampa resident can make.

It’s a good time to invest, too, since Pirate Water Taxi’s President and CEO just said that his company is about to invest $1.6 million in itself. In a news release, Troy Manthey explained that the money will be spent on adding three new boats to the company’s existing fleet of four, 46-passenger water taxis.

One of the new boats is a 100-passenger vessel equipped with a bar. Designed by Florida Naval Architects, the large boat will be made of aluminum and should be completed by December. It also includes outdoor and air-conditioned indoor seating as well as ADA compliant restrooms.

"We anticipate the capacity for the skiffs to be between 20 and 25 passengers," Wiley said in an email.

The vessels should be on the water before 2019 is over, according to the release.

Plant City’s Pirate Water Taxi Marine Department — which is rebuilding some of the 12 of San Antonio’s river barges it recently acquired — will provide the two 20-passenger vessels, and their low-profile design will allow Tampa’s Pirate Water Taxi to service stops at Sparkman Wharf and the Florida Aquarium (clearance issues due to high tides made passing underneath Channelside’s Meridian Bridge tough for the current fleet).

Read his intro letter and 2021 disclosure. Ray Roa started freelancing for Creative Loafing Tampa in January 2011 and was hired as music editor in August 2016. He became Editor-In-Chief in August 2019. Past work can be seen at Suburban Apologist, Tampa Bay Times, Consequence of Sound and The Daily Beast. Products...
More
Join the Creative Loafing Tampa Bay Press Club