TPD Interim Police Chief Ruben Delgado presented the new S.A.F.E. (Safety Awareness for Everyone) model, and attempted to address the serious concerns of people who spoke during public comment prior to the presentation.

Multiple Tampa community members voiced concerns about the way "crime free" affected the Black community. They called for reparations to be made to those harmed by the program, and questioned if S.A.F.E. would be any better for the community.

While Delgado did not speak about whether the city plans to make the wronging of Black renters right, he did say the S.A.F.E. project is better than the contentious crime free program.

Under the crime free program 90% of around 1,100 renters flagged for eviction since 2013 were Black, the Tampa Bay Times found in an investigation. While TPD claimed the program was made to target serious crimes, some renters—including entire families who did not commit any crimes—were at times evicted because their housemate had been arrested for panhandling and petty theft. 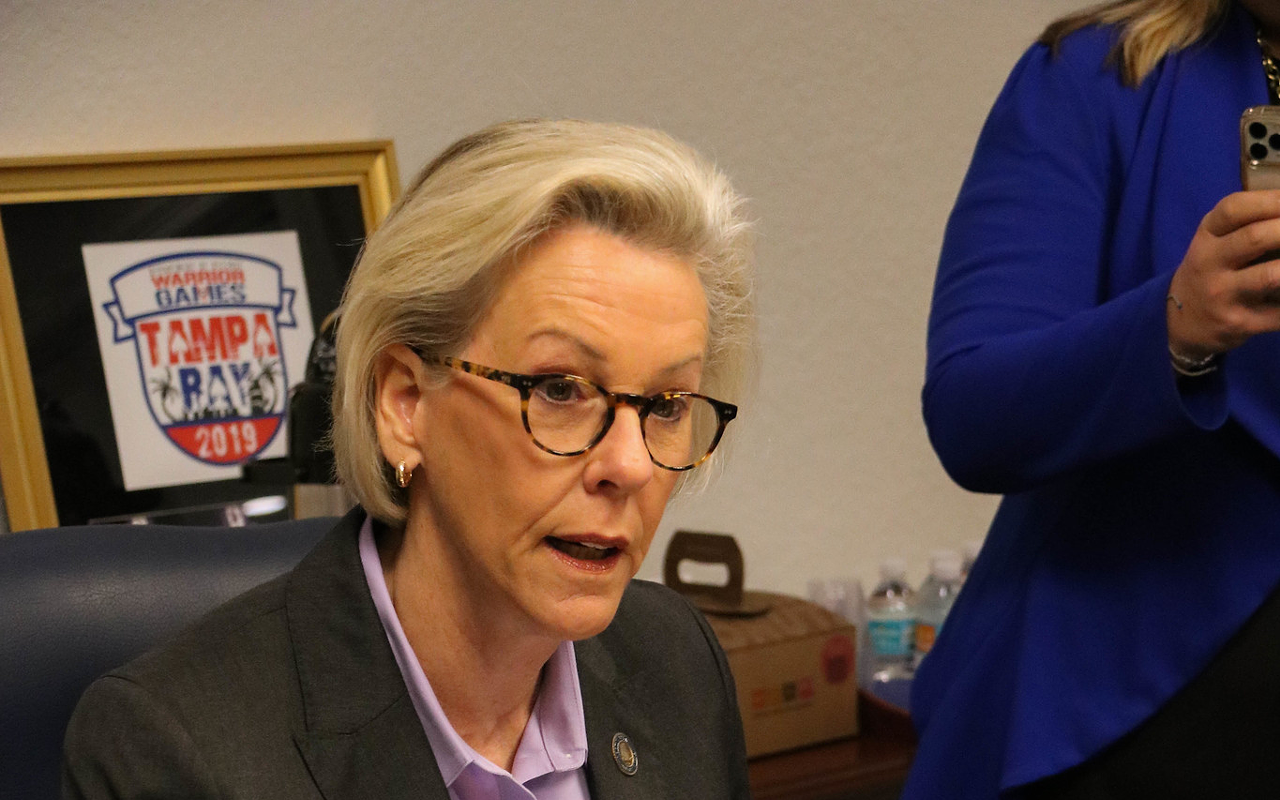 On its face, S.A.F.E. seems to remove some of the worst aspects of the former program and sever itself from the national "crime free" model. Under S.A.F.E., TPD will no longer communicate directly with landlords to tell them when a tenant has committed a crime—a move that used to lead directly to evictions. Instead, TPD says the program will focus on education and training on numerous public safety best practices.

Delgado told city council changes includes neighborhood engagement and monitoring crime statistics and trends, along with an online database where people can search it to monitor crime in the city. This is data that is publicly available, but it will be easier accessible on the forthcoming website.

TPD is also changing its original presentation to landlords, which likened criminals to weeds that needed to be uprooted. Yale Professor and author of "How Fascism Works" Jason Stanley told Creative Loafing Tampa Bay the language was pre-genocidal, and fully condemned the program.

However, Delgado refused to say that the changes to "crime free" were major, adding that the goal remains the same.

"The goal hasn't changed," Delgado told city council. "We're going to eliminate some of the names of the program's goals themselves as far as making neighborhood safe trying to reduce crime try to get the safe environment inside of these apartment complexes in the communities and in the neighborhoods and neighbors watching businesses all stay the same."

Delgado said that the new program should be up and running by the end of the year.

But Robin Lockett with Florida Rising—plus others not so convinced about the program—said damage from "crime free" hasn't been fully healed. Lockett is concerned with the new program because TPD hasn't taken responsibility for its mistakes in the original program.

"Instead of just saying, 'Hey, I'm sorry, we made mistakes,' the authorities are trying to justify and cover those mistakes," she said during public comment.

"A pig with lipstick is still a pig," said Lockett. "You can change the name and say, we are not doing this anymore. You can even look sincere when you're saying all of the above, but the culture has already been created."

Also during public comment, James Shaw Jr., Legal Panel Chair for the American Civil Liberties Union pointed out that with the "crime free" program's creation of a lease Addendum that allows landlords to evict people for being arrested, TPD opened a door that is hard to close.

"That's for you to have to clean up for them because they [TPD] can't clean up after themselves."

Delgado did not mention how the lease addendum problem could be put back in the box. Shaw suggested that city council might have to do that work, saying to the council, "That's for you to have to clean up for them because they [TPD] can't clean up after themselves."

Andre Hill from the Urban Progress Alliance said that Tampa is moving in a direction that develops "a very dark cloud of gentrification" and economic exclusion from participating in the prosperity of the city that Black people have contributed to.

"I strongly urge the city council to discourage the mayor's office and also the police department and implementing these tactics of displacement of people that would never have opportunities to have a fair and equitable opportunity," Hill said.

Eric Garduño of the Bay Area Apartments Association—who said he was invited to speak by city council—was the only public speaker who didn't have a problem with "crime free," and instead voiced his support with anecdotal data for city council.

Garduño said that during conversations with apartment complexes, he found that most of them did not have training or use the lease addendum. He went to make another point about the topic but then said he lost his train and said "Sorry, I've lost my last point."

In September, residents spoke out about the program and Councilman Bill Carlson suggested suspending and reevaluating the program for the safety of residents. During that meeting, CL found TPD officers and media relations employees shuttling people to city hall to speak in favor of the program. TPD also got into a Twitter beef with Tampa Bay Times, which broke the story.

When TPD announced S.A.F.E. via press release on Wednesday, it said that Chief Assistant City Attorney Ursula Richardson did her own analysis of the evictions associated with "crime free," adding that the Times "incorrectly implied hundreds of tenants had been evicted because landlords were notified of tenants' arrests through that program."

But when the Times asked to interview Richardson about her findings, City of Tampa Communications Director Adam Smith denied the request.

Despite TPD and the city's efforts to spin crime free multi-housing, SAFE is on its way, with many in the community keeping a close eye out for the effects it will have on renters in Tampa.