The mayor's administration has not provided information on how many candidates were considered or interviewed. One of Tampa Mayor Jane Castor's three finalists for police chief was once charged with battery on a Hillsborough County Sheriff's Office Deputy, along with obstruction and  disorderly intoxication during a raucous DUI arrest.

A Tampa Bay Times article details the scene that unfolded when TPD officer Mary E. Minter was pulled over by HCSO in 1995. She was in the passenger seat when HCSO pulled over fellow TPD officer Keith Michael O'Connor. Minter was dating O'Connor at the time, married him in 1997, and adopted his last name.

Mary O'Connor was named this week as a finalist in the search for Tampa's next police chief.

"Two off-duty Tampa police officers were arrested Friday after sheriff's deputies said one drove drunk and the other became belligerent and punched a deputy," The Times wrote. "A Hillsborough deputy patrolling north Tampa about 4 a.m. Friday said he first saw the black Isuzu Rodeo bounce off a median on Bearss Avenue."

The officer followed the Isuzu to Nebraska Avenue, and the deputy said he saw the driver of the weaving car hit two more medians.

"At the wheel, authorities said, was one of their own: Tampa police Officer Keith Michael O'Connor. Beside him sat Mary E. Minter, a highly regarded police officer," the story said.

When she was put in the back seat of a patrol car, deputies said that she kicked the windows and punched a deputy in the chest and shoulder when he tried to calm her down. Six deputies ended up responding to the scene and Mary was charged with battery on a law enforcement officer, obstruction and disorderly intoxication.

Mary had just finished her first year at TPD and Keith was still in his probationary period on the force, the Times reported. The Tampa Tribune reported that they were both fired for the incident, but then were rehired in 1996 on "last chance" status.

The two were released on bail and initially suspended from the force. At the time, TPD said that an internal investigation was launched. CL has not yet obtained files related to the investigation. But a glowing Times feature story about Mary's retirement in 2016—which went through her entire history at TPD but somehow didn't mention the assault—and a TPD Facebook post about her husband's retirement in 2019, show that both officers not only remained on the force, they climbed the ranks.

At the time of her retirement, Mary O'Connor was Assistant Police Chief and Keith O'Connor was Deputy Chief at TPD.

Mary did not respond to phone calls request for comment about the arrest.

CL also reached out to the Mayor's administration with questions, including whether or not Mayor Castor was aware of the arrest as she made her selections. The city's communications director Adam Smith said that the mayor was aware of it when she selected O'Connor.


The mayor's administration has not provided information on how many candidates were considered or interviewed, and has told CL that Castor used her expertise in law enforcement in order to choose the candidates. 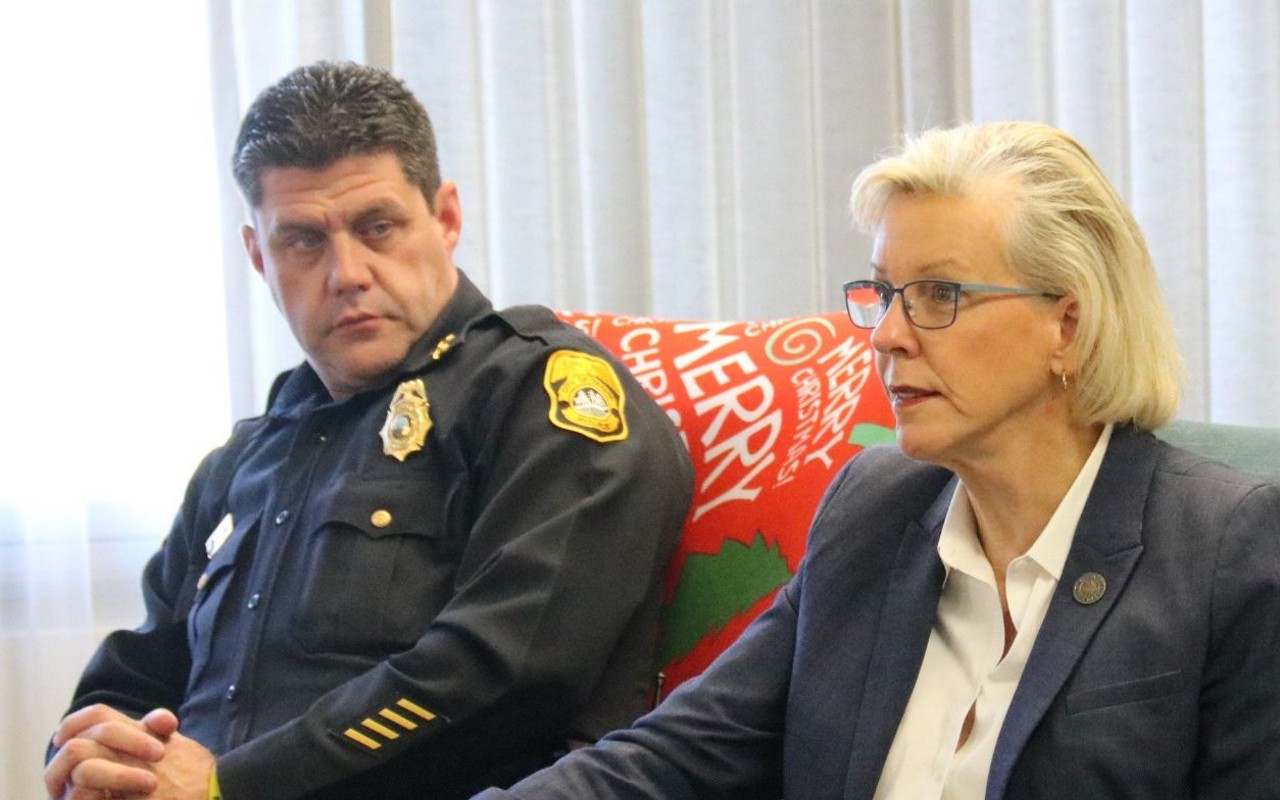 Mayor Castor promised a nationwide search for Tampa's next police chief, it appears she's doing it on her own: Five months after Dugan announced his retirement, the city has no clue if she's even talked to any candidates.

Since the arrest in 1995, Mary O'Connor has since won many accolades in the law enforcement world.

According to a City of Tampa press release, she helped police departments develop strategic plans for reducing crime by focusing on community engagement, and evidence-based policing. She is a senior faculty member of the FBI’s premier leadership training program that helps develop police officers into well-rounded leaders who understand the importance of diversity, collaboration, social equity, and trust-building. Mary also created an after-school program in a disadvantaged neighborhood. Mary was also instrumental in the development of breakthrough technology that improved officer and community safety.

"Her years of training have elevated Mary’s breadth of knowledge and experience. She is ready to bring innovative ideas back to Tampa where she discovered that law enforcement was her calling," the release read.

Mary O'Connor was asked questions by the Mayor's Youth Corps during last night's community forum at HCC Ybor. Beside her was another Tampa police chief finalist, Cherise Giordani Gause, who is currently assistant police chief at the Miami Police Department. Interim TPD Chief Ruben Delgado, another candidate for chief, was absent due to the death of his father.

A recurring theme throughout the forum was police transparency, accountability and communication with the community.

In conversation with CL after the forum, O'Connor told CL that some of her greatest achievements while at TPD before retiring were, "the connections and the positive impacts that I made."