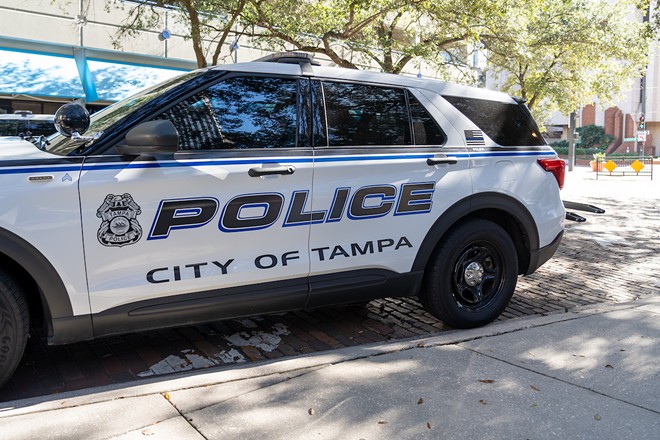 Tampa Police want your unwanted firearms and will pay you $100 in cash to help out.

For the first time since 2015, the Tampa Police Department (TPD) are hosting two "Gun Buy Back" drive-thru events this Saturday from 10 a.m.-5 p.m. One drive-thru will be located in the parking lot on the southeast corner of Bird Street and Interstate 275 and the other at the West Tampa Community Center at 2103 N Rome Ave.

Citizens are asked to arrive at the events with all weapons placed in the trunk or rear of their vehicle and to remain in their seats. Handguns, shotguns, rifles and assault weapons will be accepted. TPD will not ask any questions during the anonymous drive-thru event. TPD Chief Mary O'Connor has been outspoken regarding Tampa Bay's recent gun violence incidents, calling for a community effort to help the greater good. O'Connor has said that gun violence is up in the city, mirroring what other police departments across the country have observed.

"It takes all of us to make this community safer," O'Connor said in a press conference. "We have to keep guns out of the hands of those who should not have them to begin with."

According to the Gun Violence Archive, there have been 8,329 gun violence-related incidents in Florida since 2013. According to the Centers for Disease Control and Prevention, there were 3,041 firearm-related deaths in Florida in 2020 compared to 1,838 in 2005.

Similar gun buyback events are happening across the state, including in Orlando, who are trading guns for sneakers, and Miami, who plan to send the firearms to the war efforts in Ukraine.