The new flagship for Bolts games is now 102.5 The Bone, which boasts a much more powerful signal.

Photo via Visit Tampa Bay
Amalie Arena
After 10 seasons, it appears the Tampa Bay Lightning has ditched its local radio partner NewsRadio WFLA  (970-AM), a station that spent a significant portion of the pandemic spreading COVID-19 disinformation.

The team made the announcement this morning, saying the organization's parent company Vinik Sports Group has entered a multi-year contract with Cox Media's 102.5 The Bone, WHPT-FM.

"As we continue to grow our brand and fan base throughout the state, the Lightning are excited to partner with Cox Media Group to provide Bolts fans throughout Central Florida and beyond, the opportunity to hear all games on 102.5 The Bone,” said Mark Pitts, Chief Operating Officer for Vinik Sports Group in a press release.

In the release, the Lightning did not comment on its relationship with NewsRadio WFLA, or why the contract wasn't renewed.

The press release says the new partnership expands the listening area for Lightning games exponentially, and called 102.5-FM's  100,000-watt signal "the strongest signal in the state of Florida."

"Bolts fans will continue to hear the same great broadcast they have become accustomed to with Dave Mishkin on play-by-play alongside Lightning founder and Hockey Hall of Famer, Phil Esposito, serving as color analyst. Greg Linnelli returns as the host for pre-game, intermission, and post-game, along with a other talent and personalities," the released added. "In addition, fans will soon be able to hear exclusive Bolts content on 102.5 HD-2 via any HD radio. The station will be inclusive of original live programming, game replays, podcasts and more."

NewsRadio WFLA has held the Lightning contract since 2011 by way of Clear Channel, which changed its name to iHeartMedia in 2014. The contact was unique in the sense Tampa Bay was the only NHL market whose radio home was broadcast from an explicitly political radio station.

This relationship raised a lot of questions during the COVID-19 pandemic, specifically from Timothy Burke, a Creative Loafing Tampa Bay contributor and star of Netflix's new series "Untold: The Girlfriend Who Didn't Exist," who last October detailed the station's relationship with the Lightning and its ongoing conveyor belt of COVID-19 falsehoods. 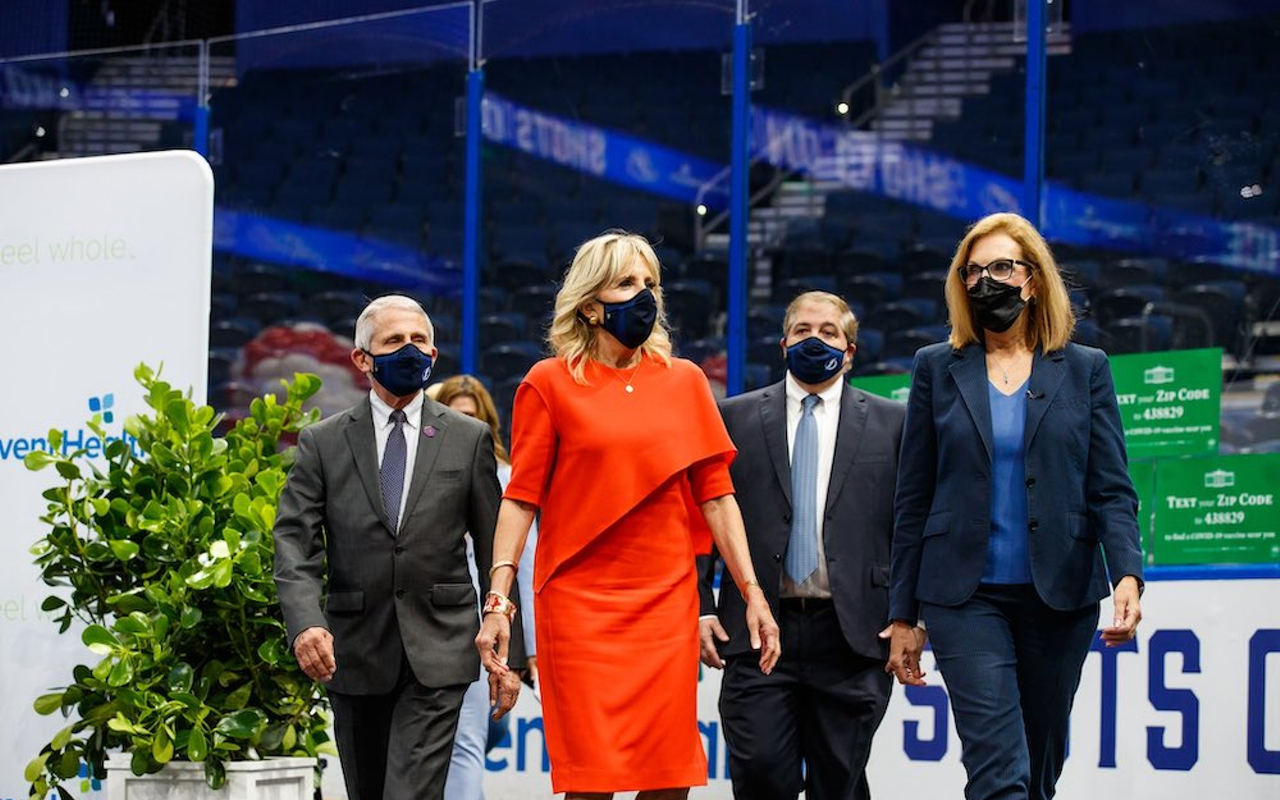 The radio station that hosts the Tampa Bay Lightning is also home to loads of vaccine and COVID-19 falsehoods: The likelihood you’ll land on anti-vaccination disinformation simply by tuning into the back-to-back and reigning Stanley Cup Champions’ radio flagship is extremely high.

The most problematic content, according to Burke, came from the station's nationally-syndicated hosts like Sean Hannity, Glenn Beck, Clay Travis & Buck Sexton and others, who spent hours of airtime dismissing the effectiveness of vaccinations, hosting conspiracy theorists and pushing potentially dangerous and untested treatments, often immediately before or after the Bolts radio team signed on and off.

But the locally-produced shows also peddled disinformation, like when AM Tampa Bay on Sept. 16 declared ivermectin “the most effective COVID treatment.”

Of course, this was all in juxtaposition to the Tampa Bay Lightning  organization's actual stance on vaccines. In June of 2021, Jeff Vinik hosted First Lady Jill Biden and Dr. Anthony Fauci for a "Shots on Ice" vaccination event at Amalie Arena.

But the Lightning claims its new partnership The Bone will bring all the same hockey-related content as fans came to expect over the last decade.

This is all great, but let's hope that when the game is over there's a lot less bullshit on the airwaves.

UPDATED: 09/14/22 3 p.m. Updated to include info about the Lightning broadcast expanding its reach thanks to 102.5-FM's 100,000-watt signal and make clear that the signal is why the team switched to Cox.