Out front, the entrance sign reads, "Merry Christmas & Happy New Year we will miss you..." 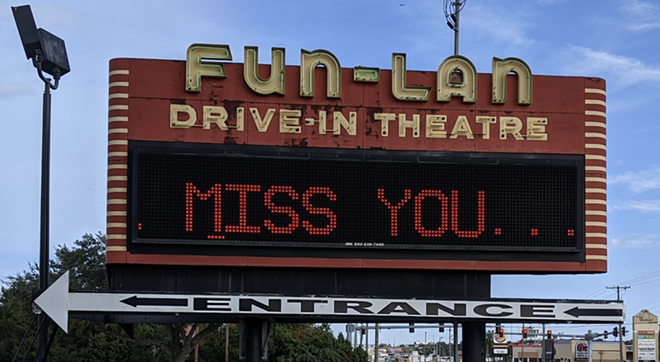 At what remains of Tampa's Fun-Lan Drive-In and Swap Shop, seagulls caw as they fight pigeons for scraps of trash. Rotting fruit shines in the bright Florida sun as flies swarm the area where vendors used to sell produce. Pallets, boxes full of canned food and mannequins are scattered across the abandoned parking lot.

The 71-year-old place of movie memories and flea market deals is a shell of its former self. Out front, the entrance sign reads, "Merry Christmas & Happy New Year we will miss you..."

Workers walk around the property—located at 2302 E Hillsborough Ave.—making final preparations for Fun-Lan's demise.  They used to spend their days organizing the swap shop vendors, preparing for a parking lot full of cars, and maintaining the property. 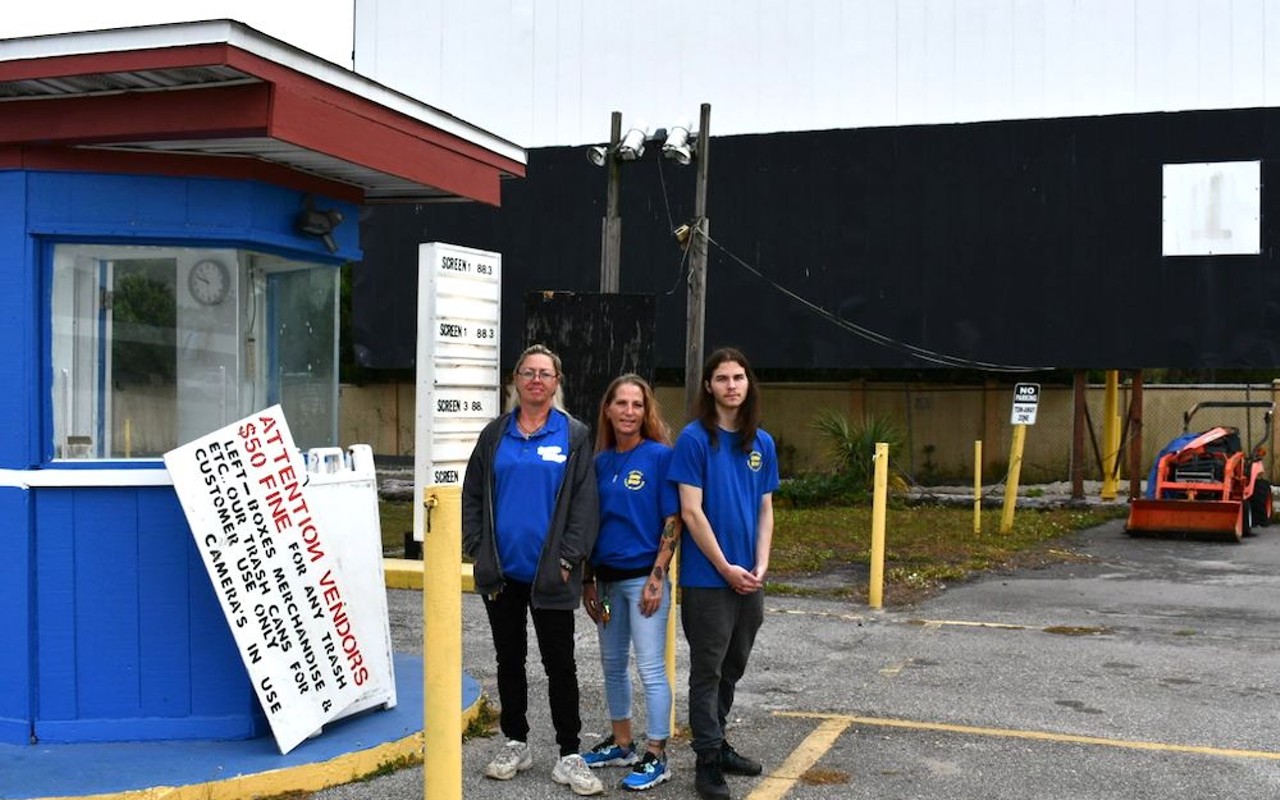 Tampa’s Fun-Lan is closed, employees reminisce and wonder what’s next: The landmark was riddled with problems, but retained a certain Tampa charm.

On Thursday, Dec. 2, they were told in person that Sunday would be the last business day. Their last day with a job and a paycheck is Friday. In the meantime, they are assigned to work on the property and keep anyone from trespassing.

"There wasn't much time to prepare, I was blindsided," Candy Snell, tells Creative Loafing Tampa Bay, adding that she's worked at Fun-Lan for five years and managed the property. "It's been a roller coaster ride." 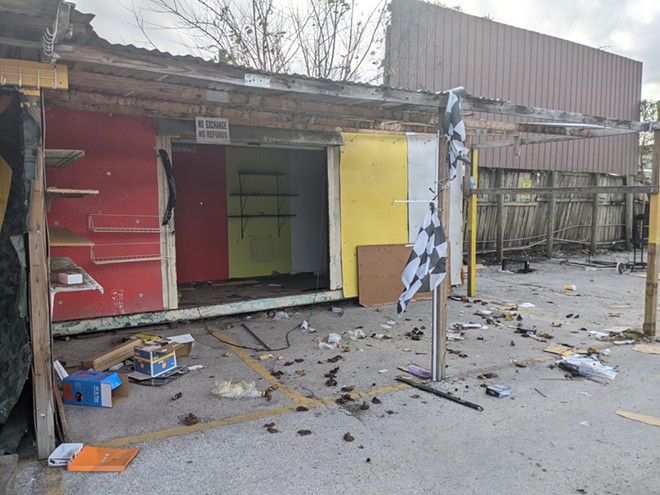 Justin Garcia
A former vendor space at Fun-Lan is gutted.

Snell was making $16 and hour is now facing the holidays without a paycheck. She says  that none of the workers are getting a severance.

Despite obstacles she's facing now that she's without a job, Snell says that she just wants a little vacation.

She says Fun-Lan never really bounced back from the pandemic saying, "It really did a number on us."

While details about the purchaser of the property are still unclear, Snell and Jennifer Stanford—who worked Fun-Lan's ticket booth and as Snell's secretary for $13 an hour—says that they heard it was either the neighboring Gracepoint Wellness center or the City of Tampa.

Susan Morgan, communications and special projects manager at Gracepoint told CL they were interested in the property, but did not purchase it.

Jerry Corgnati, temporary manager of Florida Swap Shops, a South Florida-based company that owns the property, says that he cannot speak for Betty Henn Preston, who owns the company and is on vacation. But Corgnati also believes the City of Tampa purchased the property.

City of Tampa spokesperson Adam Smith says the city did not purchase the property, but is open to a partnership.

"The City is always looking for cost-effective opportunities to increase our stock of affordable housing or improve services and would welcome an opportunity to partner with the buyer," Smith says, adding that he does not know who purchased the property.

Stanford says that while she and fellow employees at Fun-Lan face problems with sudden lack of income, the vendors, who only had three days notice that their businesses would be shut down were "furious."

"They were all very reasonably priced spots for them to sell," said Snell. "Now there's not really anywhere for the same price that they can go."

CL contributor Kelly Benjamin went to the Swap Shop on its last day and spoke with the vendors there as they dealt with the sudden shut down.

Mario Garcia vended there for 28 years. Benjamin talked to him when he was clearing out and saying his goodbyes to good friends. He told Benjamin he wished Fun-Lan was not shutting down. About the 3-day notice allegedly given for vendors to leave, he said that the situation was "not good."

Cinema Treasures says Fun-Lan opened in 1950 with "I Was A Male War Bride." It's since become a Tampa institution known for its  drive-in movies and flea market bargains.

UPDATED 12/9/21 10 a.m. Updated with comment from the City of Tampa and to amend founding dates for Fun-Lan.