Florida lawmakers finished the regular legislative session Monday by passing a $112.1 billion budget for the fiscal year that will start July 1. 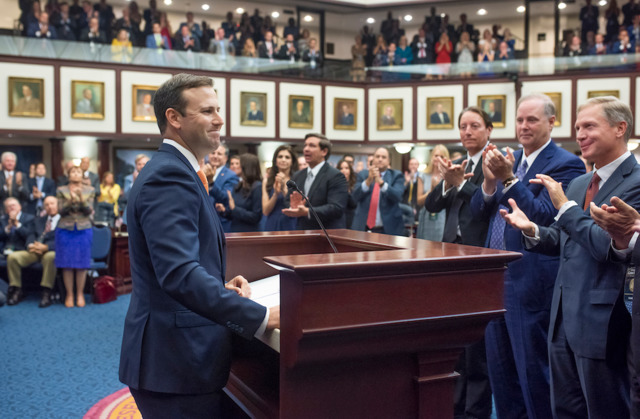 FLORIDA HOUSE OF REPRESENTATIVES
Florida lawmakers finished the regular legislative session Monday by passing a $112.1 billion budget for the fiscal year that will start July 1. Here are snapshots of 10 big issues from the session:

— ABORTION: The Republican-controlled House and Senate passed a proposal that would prevent physicians from providing abortions after 15 weeks of pregnancy. The heavily debated proposal, which Gov. Ron DeSantis is expected to sign, is similar to a Mississippi law under review by the U.S. Supreme Court.

— BUDGET: Lawmakers passed a $112.1 billion budget and a tax package that were bolstered by federal stimulus money and higher-than-expected state tax collections. The budget includes such things as funding increases for public schools and pay raises for state employees, while the state is slated to hold a series of sales-tax “holidays.”

— EDUCATION: Perhaps the session’s most-controversial bills involved restrictions on teaching about race-related issues, sexual orientation and gender identity in schools. Lawmakers passed a bill that is an outgrowth of DeSantis’ effort to bar critical race theory and passed a measure that opponents called the “don’t say gay” bill.

— ELECTIONS: In the latest round of battles over elections laws, the House and Senate passed a measure that would create a new office in the Department of State to investigate voting irregularities. The bill also would ratchet up penalties for violating elections laws, such as what has become known as “ballot harvesting,”

— HEALTH CARE: Lawmakers passed a measure that would revamp staffing standards in nursing homes, as the industry says it faces worker shortages. Also, they passed — and DeSantis signed — a measure that extends COVID-19 legal protections for hospitals, nursing homes and other health-care providers to June 1, 2023.

— IMMIGRATION: Republican lawmakers backed DeSantis’ push to increase immigration enforcement. They passed a controversial bill that, in part, would penalize companies that transport undocumented immigrants into Florida. Also, the bill would expand a 2019 law that sought to ban so-called “sanctuary cities.”

— LOCAL GOVERNMENTS: In a closely watched issue for local governments, lawmakers passed a bill that could lead to businesses filing lawsuits against cities and counties if ordinances cause lost profits of 15 percent or more. The measure would apply to businesses that have been in operation for at least three years.

— REDISTRICTING: Lawmakers passed new maps for state House and Senate districts, but new congressional lines remain unresolved. DeSantis has vowed to veto a congressional plan passed by lawmakers, while pushing for changes that could be more favorable to Republicans. Lines need to be set by a June election qualifying period.

— SOLAR POWER: After heavy opposition from the solar industry and environmental groups, lawmakers passed a measure that would revamp rules for rooftop solar energy. Backers said the bill, which involves “net metering,” would phase out subsidies from other utility customers to rooftop solar owners, while critics said it would hurt the industry.