The hitchhiker's guide to Florida

Pirates, savages, Capri-Sun – how to hitchhike Florida and survive

"Usually they're pretty cool," Ethan says about law enforcement. Some officers will even give hitchhikers rides to the next county "just so you're out their hair. I've gone several counties in a row that way."

Ethan takes out a harmonica and I share my dirty hitchhiking secret: Once, as a teenager, I mocked a hitchhiker with a thumbs-up while driving by laughing. Ethan shakes his head.

"That's the worst thing you can do," he lectures me. "And the least original."

Sure enough, in the next few minutes, a group of teenagers give us the thumbs-up as they speed onto the interstate.

A few more cars blow past before a green Ford pickup truck pulls onto the shoulder. The driver, a wrinkled fellow with a mullet, points to the back of the truck. We jump into the dusty pickup bed, wedge ourselves next to a generator and toolbox, and head down the road.

"These rides are nice sometimes," Ethan says. "You don't have to talk. You can just rest."

Which is good: I'm still exhausted from trying to entertain our first ride.

"Stories," Ethan says. "That's all we have to offer these people."

Our kind-hearted hillbilly hauls us right to the University of Florida campus. Ethan, during one of his earlier trips through Florida, met a group of traveler kids staying near campus. He figures we can talk our way onto a couch and maybe a party, but when we reach the ramshackle shotgun house, Ethan's friends aren't there. Ironically, they're traveling themselves. We spend the next three hours at the local Checkers. Ethan calls his mother.

Once darkness falls on the summer-weary college town, Ethan uses his Slingshot Organizer — a kind of national guidebook to anarchist-friendly people and places — to find Wayward Council, a DIY punk-rock venue. On this night, they're hosting four touring bands. Outside the club, I chat up the organizers while punked-out college girls surround Ethan, intrigued by his rat. A street kid with a mohawk and thick Southern accent sits by us. Ethan distances himself. "Heroin addict," he whispers.

"I can talk to 10 travel kids, and I'm guaranteed that one of them, if not four of them, will know someone I know," he says. "There are a lot of travel kids. Even in the last six months, I've seen more than I used to. Not all of them are cool. A lot of them are escaping something."

After the show ends, we find a vacant lot surrounded by oak trees and lay out our tarps. I use my backpack as a pillow. Sleep comes quickly. The trip is starting to feel less like hitchhiking than just being homeless.

As the sun rises atop the trees, we roll up the tarps and head to Waldo Road. Ten miles down is the Waldo Flea Market, an open-air bazaar featuring 1,000 of Central Florida's finest dealers of junk. Ethan insists.

We're barely on the road 10 minutes with our thumbs out and a crude cardboard sign announcing our destination before a Jeep carrying two Hare Krishnas stops. The driver says something about karma and remains silent.

"I've had cars that pick me up, and they don't talk," Ethan says later, "and that makes me nervous."

When we reach the flea market, I feel like I've reached Conrad's Heart of Darkness. Savages with mullets of all sizes peruse the tables of collectible guns, knives and "Bible Bread." At one booth, a man resembling Yosemite Sam drags a small black puppy he's affectionately named "Nigger" across the floor. But the most unsettling part of the collection is in a large tent at the edge of the property: Redneck Country features all the confederate flag stickers, shirts and tank tops any Central Florida yokel could want. And, at the back of the tent, a vast collection of Klu Klux Klan and Nazi-themed memorabilia line the wall. A country song about lynching blares over the speakers.

Alex Pickett
STOWAWAY: "It's like my little buddy," Clarkson says of his rat Echinacea. "I have to take care of someone besides me."

Suddenly, Waldo doesn't seem like such a great place for two young hitchhikers. Or a reporter. Ethan quickly spots two teenagers on their way out of an antique booth who agree to give us a 30-mile ride in their Honda Civic up U.S. 301.

Our rescuers, 18-year-old David and 19-year-old Britney, live in the small town of Keystone. David, a large guy with a mop of brown hair, plays guitar and myriad other instruments ("There isn't that many people to play with in Keystone," he says), and Britney enjoys getting intricate gothic tattoos. They don't mind the rat running around their car.

"It tends to be poor people that pick you up or people who used to hitch," Ethan says. "Old hippies. People who have ever been on the side of the road and wished someone would stop."

For former slaves, taking on the name 'Washington' was actually quite a power move 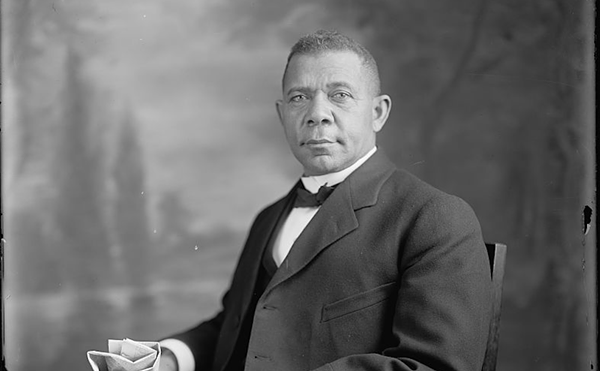 St. Pete's Salt Creek is now a ‘Waterway of Cultural and Environmental Importance’ 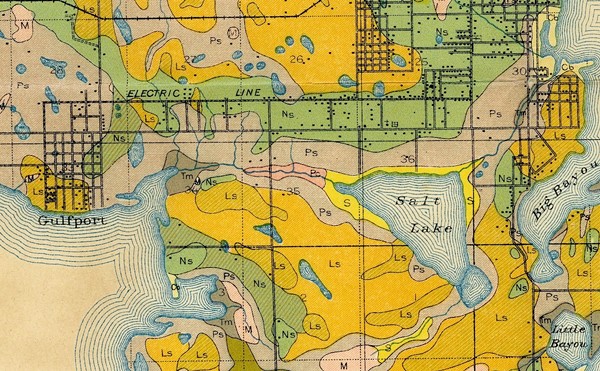