As of now, just one anonymous person has donated $69. 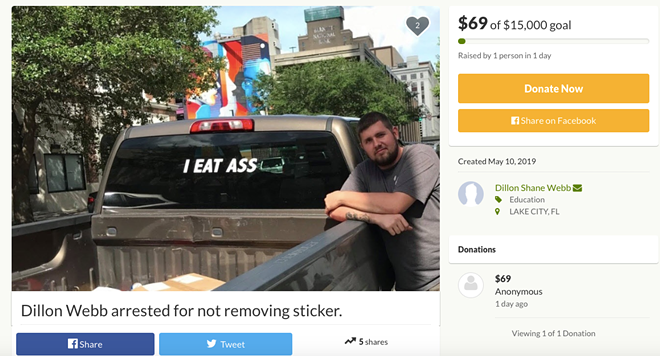 Last week, Florida officials dropped all charges against Lake City resident Dillon Shane Webb, who claimed his rights were violated when he was arrested for sporting an “I EAT ASS” sticker on the back of his truck. Now, the 23-year-old needs the public’s help to cover his legal costs.

A new GoFundMe account was setup by a representative of Webb on May 10, and currently has a goal of $15,000. “It is all over the news and we would like to have this get some more traction as there to help him pay for his cost of having to pay for a 2500$ bond, over 200$ for having his truck towed, time from missed work and to pay for a lawyer to represent him against this Sheriff for standing up for his rights as well as yours,” says the GoFundMe.

As of now, just one anonymous person has donated $69.

For those of you who would like to remember this important moment in American history, there’s also an online store selling “I Eat Ass” merchandise, like a $20 Samsung phone case, a $14 coffee mug and a $22 t-shirt. Of course, all the merch has an “official DSW” stamp of approval, accompanied by a donkey logo. 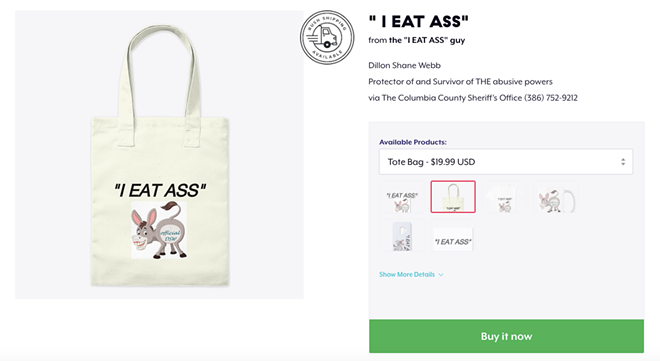