There's no climate change in Florida because Rick Scott says so 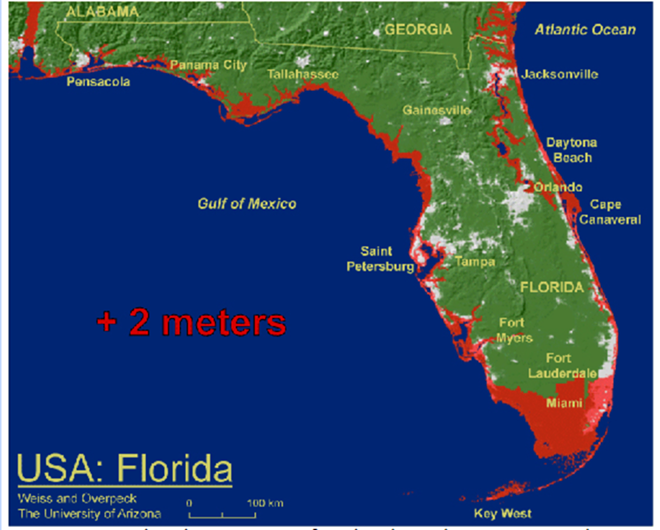 climatestate.com
Someone's gonna look like a real dick in 85 years.

You know how Florida is flat and surrounded by water, water that is slowly encroaching on coastal areas?

Well, the vast majority of scientists is warning about the effects a warming planet are going to have on humans — especially humans who live in Florida — in the near future.

If you haven't heard, it sounds like a real bummer for future Floridians, especially if no one prepares for things like sea-level rise and ocean acidification.

But even as the consensus on climate change remains steadfast, Governor Rick "I'm not a scientist" Scott's administration has allegedly barred the use of terms like "global warming" and "climate change" in any of the state's Department of Environmental Protection communication, including emails and reports.

The Florida Center for Investigative Reporting published a piece on this bizarre policy Sunday after talking with multiple former DEP employees and volunteers and examining public records.

The policy reportedly began in 2011 shortly after Scott took office.

“We were told not to use the terms ‘climate change,’ ‘global warming’ or ‘sustainability,’ ” former DEP attorney Christopher Byrd said in the story.

So, while other states as well as the federal government are preparing for sea-level rise and climate change's other looming effects, Scott, again not a scientist, apparently also wants scientists to not be scientists.