Morris allegedly injected a mixture of cement, mineral oil, and flat-tire sealant into the victim's ass.

The unnamed victim reportedly paid $700 for a series of body-enhancing shots in May 2010. Allegedly Morris injected a tube in several sites around the victim's butt and filled these with a toxic mixture. When the pain became unbearable, Morris reassured the woman that this was normal and that everything would be fine.


The victim sought relief from abdominal pain, infected sores, and flu-like symptoms from two South Florida hospitals. Unfortunately, she left the hospitals in both instances, too embarrassed to admit what she had done.


The victim's mother eventually took her to a Florida hospital on the west coast where doctors pressed her for information about Morris and alerted the Department of Health. The victim is still recovering from her injuries and claims it is too painful for her to work. She also has a number of medical bills to pay off.


Morris was arrested Friday after a year on the run. She is charged with practicing medicine without a license and with serious bodily injury. She was released from jail on bond. The police suspect Morris has other victims but that they may be reluctant to come forward and admit to paying Morris for bargain plastic surgery. 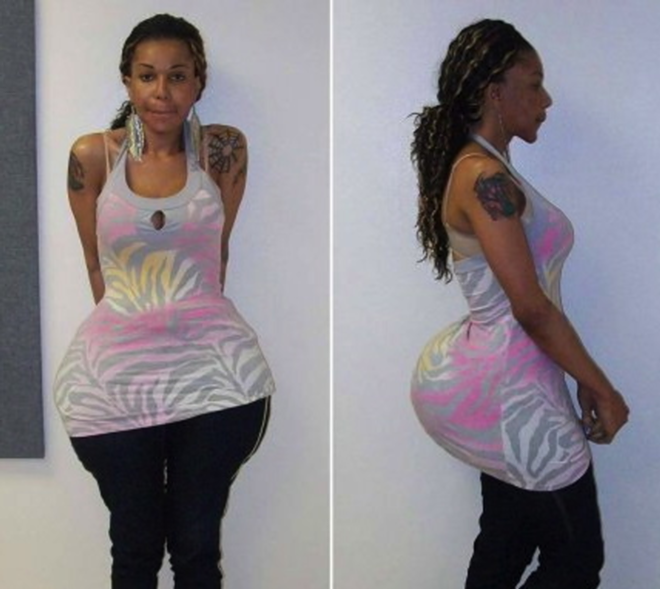 A Miami woman wanted a more pronounced physique in order to make more tips working at a nightclub. She asked around for someone who could perform cosmetic surgery for cheap. She found Oneal Morris, a transgender man posing as a female doctor who injected a mixture of cement, mineral oil, and flat-tire sealant into the victim's ass. It may be easy to assume why Morris, 30, knew the secrets behind back-alley plastic surgery considering she has an ass that looks like something out of a cartoon.