Florida contends that the administration’s policies result in undocumented immigrants flowing into the state. 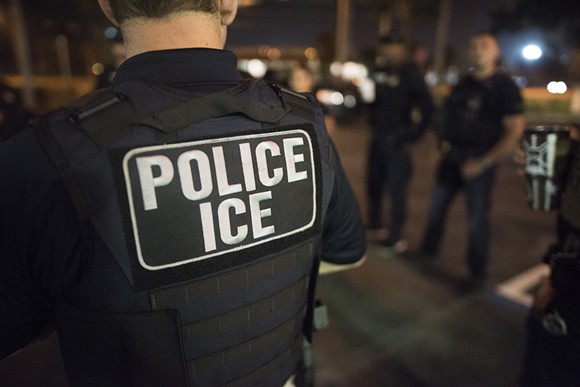 Photo via U.S. Immigration and Customs Enforcement/Flickr
Amid a fierce national debate about immigration issues, Florida next week will try to convince a U.S. district judge that the Biden administration is violating federal laws through policies that lead to releasing undocumented immigrants.

Pensacola-based U.S. District Judge T. Kent Wetherell is scheduled to begin a trial Monday in a lawsuit that Florida Attorney General Ashley Moody filed against the Biden administration in 2021.

“These policies harm Florida,” attorneys in Moody’s office wrote in an amended version of the lawsuit, filed in August. “The Biden administration is releasing tens of thousands of migrants at the border every month. Many of these migrants are arriving or will arrive in Florida, harming the state’s quasi-sovereign interests and forcing it to incur millions of dollars in expenses.”

But U.S. Department of Justice attorneys argued in an October court document that the federal government has the authority to determine immigration policies and that Florida is asking Wetherell to “second-guess discretionary decisions by the Department of Homeland Security about how to enforce immigration law most effectively and efficiently.”

“This court should decline Florida’s invitation to undermine the principles of federalism and separation of powers upon which the U.S. constitutional system is based,” the October document said.

Moody and Gov. Ron DeSantis have long bashed the Biden administration’s handling of border and immigration issues, with the DeSantis administration in September going so far as to fly 49 migrants from Texas to Martha’s Vineyard in Massachusetts. Other Republican governors also have bused migrants to Democratic-controlled places such as New York City and Washington, D.C.

“Since President Biden took office, he has intentionally dismantled public-safety immigration structures, allowing chaos to reign at our nation’s Southwest border, and letting unvetted, inadmissible immigrants — along with dangerous individuals and deadly drugs like fentanyl — into our country,” Moody said Thursday in a prepared statement about next week’s trial.

As another sign of the importance of the issues, the Biden administration on Thursday announced new measures that it said are aimed at increasing border security and reducing the number of people coming into the country. The White House also announced that Biden will travel Sunday to the border city of El Paso, Texas.

“The president will assess border enforcement operations and meet with local elected officials and community leaders who have been important partners in managing the historic number of migrants fleeing political oppression and gang violence in Venezuela, Haiti, Nicaragua and Cuba,” a White House press advisory said.

In the lawsuit, Florida has alleged that the Biden administration is “systematically violating” federal laws by releasing migrants who are required to be detained. In part, it has alleged the federal government has enacted a “non-detention” policy and violated a law known as the Administrative Procedure Act.

The state also has challenged the use of what is dubbed the Parole Plus Alternatives to Detention, or Parole+ATD, policy, which Justice Department attorneys described in the October court document as providing guidance on how immigration officers can use “discretionary parole authority” in certain circumstances to release undocumented immigrants.

“The Biden Administration is … promoting its open borders agenda with two steps. One, eliminate effective immigration enforcement measures, and two, use the resulting crisis as a basis to violate congressionally mandated requirements in the immigration laws,” the lawsuit said.

But in the October document, Justice Department attorneys said a “non-detention policy does not exist” and that the Parole+ATD policy is consistent with a federal law known as the Immigration and Nationality Act.

The document said, for example, that the Parole+ATD policy helps avoid serious overcrowding at detention facilities that can pose health and safety risks and that detention and release decisions are made on a “case-by-case basis.”

Also, the Justice Department has argued that Florida does not have legal standing to pursue the lawsuit and has not proven that it has been injured by the federal government’s actions.

“Florida’s challenges to the alleged ‘non-detention’ policy are not redressable for the additional reason that they are nonjusticiable political questions,” the October document said. “Florida’s claims boil down to its disagreement with how defendants utilize various INA (Immigration and Naturalization Act) release mechanisms, and space and funding for prioritizing detention space.”