His approval ratings in the Sunshine State are largely split along party lines. 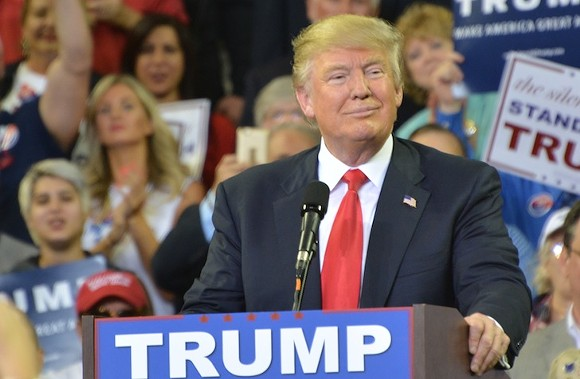 Florida voters may finally be tiring of President Donald Trump.

In a poll conducted by Bendixen & Amandi International, Politico reports that 40 percent of registered Sunshine State voters said they support Trump's re-election in 2020, while 53 percent said they don't support a second term for the Republican incumbent.

The sentiment, of course, rests almost primarily along party lines. Seventy-two percent of Republican respondents said they support the president's re-election to a second term, and 23 percent said they'd rather that not be the case.

Meanwhile, among Democrats, 73 percent of respondents said they opposed a second term and 14 percent said they support one. Given that candidates who win Florida have skated into the White House in each of the last six elections, this could spell trouble for Trump and his increasingly small army of Trumpsters.

The Florida poll also falls in step with Trump's national approval rating. Forty-three percent of those included in the survey view him favorably, while 52 percent do not. Trump won Florida in 2016. He raked in roughly 120,000 more votes than his Democratic opponent Hillary Clinton. He also maintains a temporary residence here at his Palm Beach resort Mar-a-Lago, and has made a point of stopping through the state for rallies throughout the 2018 midterms.