The bill would unequivocally make it illegal to conduct hydraulic fracturing in Florida. 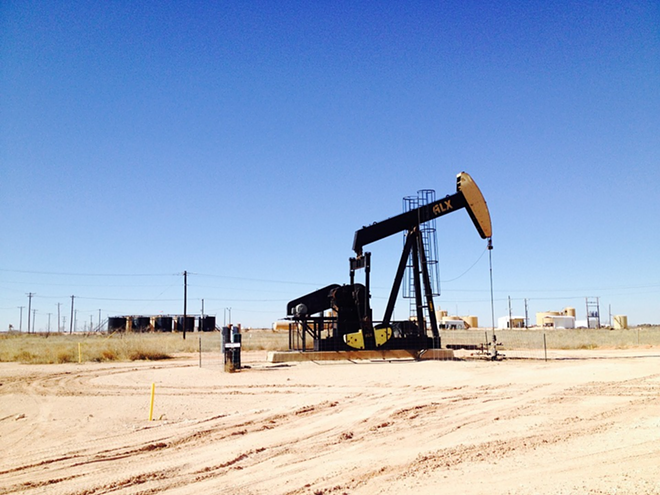 In a Tallahassee press conference Tuesday afternoon, two Republican state lawmakers from the Tampa Bay area unveiled a proposed ban on hydraulic fracturing, which they are introducing in the Florida House and Senate.

State Rep. Kathleen Peters (R-Treasure Island) and State Sen. Dana Young (R-Tampa) are cosponsoring the bill, which would ban all methods of the process commonly referred to as fracking, which involves using pressurized, sometimes chemical-laden water to crack the earth's surface as a means of extracting fossil fuels that naturally occur underground.

"Last year we had tremendous bi-partisan support with 19 co-sponsors," she said in a press release. "I believe the Senate will support this important ban on fracking and I hope the House of Representatives will also come to the table to protect the environment.”

In recent years, there's been at least one fracking ban proposed per session, usually by a Democrat, and at least one bill that would lay the groundwork for opening the state up to the potentially detrimental practice, which a Republican would propose. Neither has gone very far. Both Young and Peters, who tend to differ with many of their fellow Republicans on environmental issues, supported a bill that would have regulated the practice, but only if a study the bill mandated determined it was safe to frack in parts of Florida. Each said they supported the bill because it created a moratorium on fracking unless or until researchers deemed it safe, which neither lawmaker said at the time they thought would ever happen.

This year, though, it's an all-out ban they're after.

Peters pointed to the risk the practice poses to Florida's water supply, given that most of it is naturally stored underground in porous limestone, and that fracking would likely use millions of gallons of water to break up the underground rock to access oil and gas.

“Florida cannot afford to lose millions of gallons of water a day to perform the fracking process and we certainly cannot afford the risk fracking poses to our drinking water," Peters said in her written statement. "Water is a key element to life and we must do everything we can to protect the quality of our water and the health of our citizens.”

Environmental groups celebrated the two lawmakers' sponsorship of the bill.

From the group Food and Water Watch, which is (for obvious reasons) very opposed to fracking.

The bills prohibiting fracking come at a critical juncture in the state’s struggle to protect the drinking water of millions of Floridians. The Florida Department of the Environment currently has two open exploratory permits from oil companies in the Everglades and the Panhandle that could lead to fracking.  Florida law allows a conventional drilling permit to easily be converted into fracking with little public notice or oversight. That is why we need a ban on fracking.

Close to 100 cities and counties across the state have passed resolutions expressing local opposition to the practice.

It's unclear whether Peters' and Young's colleagues will finally vote in favor of a fracking ban, let alone whether Governor Rick Scott would give such a law his signature even if they did. But environmental groups remain optimistic that the proposed ban will make it into law this year.