The management company said that they are working on the problems and 'prioritizing the most urgent needs.' 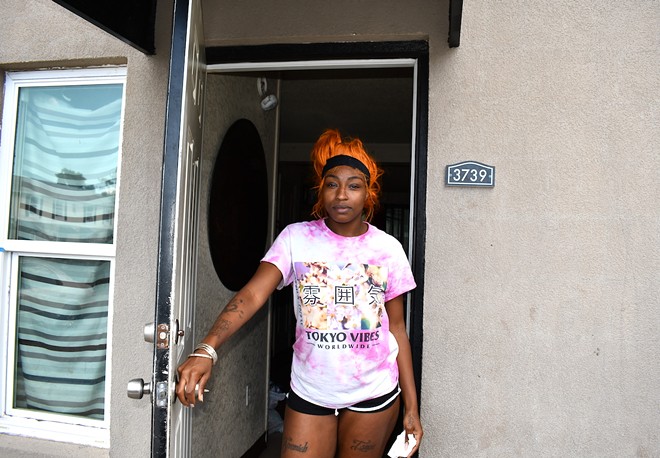 Justin Garcia
Nngozi Evans standing outside of her apartment at Jackson Heights Apartments.
After media scrutiny and outcry from the community over conditions at Silver Oaks Apartments, tenants from other complexes operated by Cambridge Management are coming forward with their concerns.

Nngozi Evans brought her son home from the hospital to her apartment at Jackson Heights after giving birth to him earlier this year. He was born premature, and came home with some health issues to her black mold infested apartment, where the air conditioning had been broken for over a year, Evans told CL. 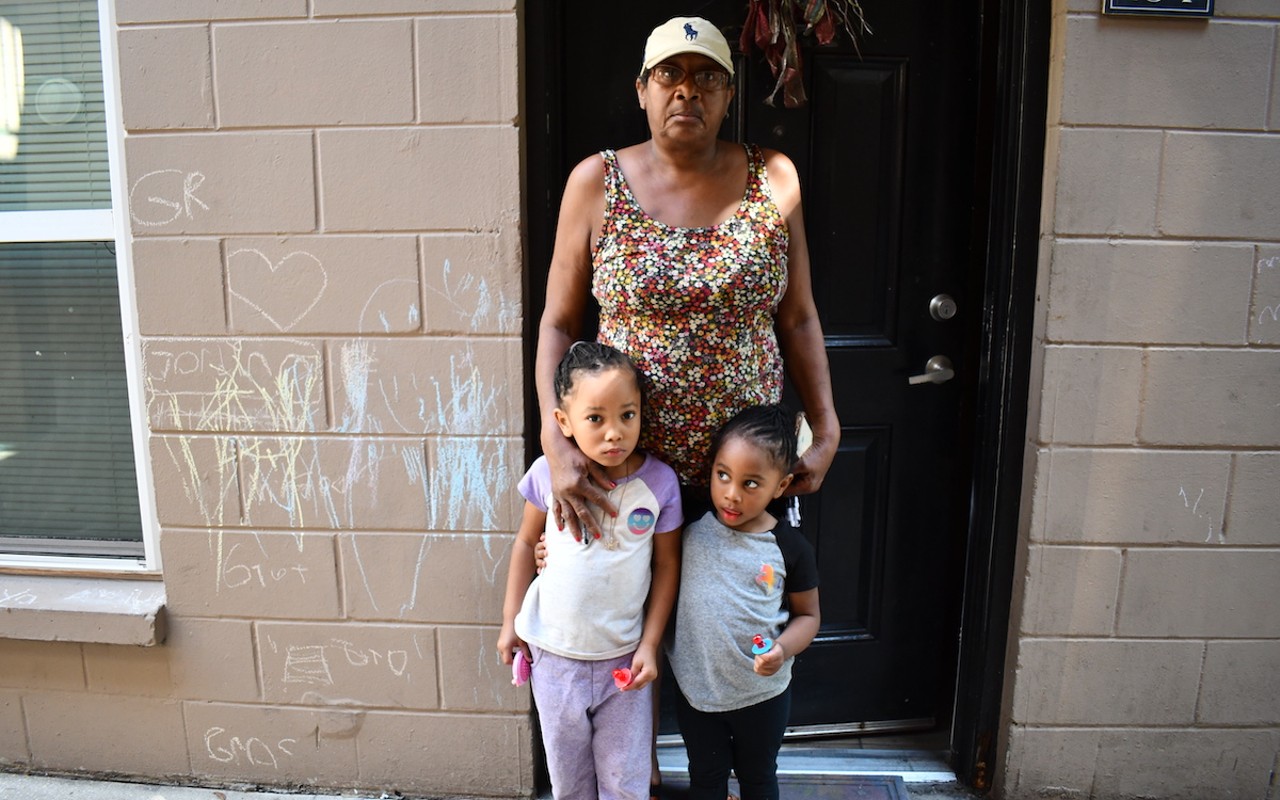 At three-and-a-half weeks old, he was rushed to the hospital with severe breathing issues. At the hospital, the child was found to have a collapsed lung and pneumonia.

He's recovered now, but Evans, while pointing to black mold on her living room ceiling and sewage bubbling up out of the ground just outside of her living room window, said the problems persist.

"Our entire family, including my baby girl, who is two, have breathing problems," Evans said. "The people who tried to complain in the past, they got kicked out."

Her neighbor, Tiffany Randall, decided to speak up despite the risk. She has lived at Jackson Heights for five years, and sent an email in response to CL's call to hear from more residents who live under Cambridge Management.

Inside her apartment, black mold peeked through a new paint job, and the whole house smelled of mold. Randall said she and her three children—ages 17, 13 and 6—have to live there, and they all have developed breathing issues because of it. Her fridge has been leaking for two years, and no one has come to fix it, despite her requests. She keeps buckets inside and around it in an attempt to catch the water. 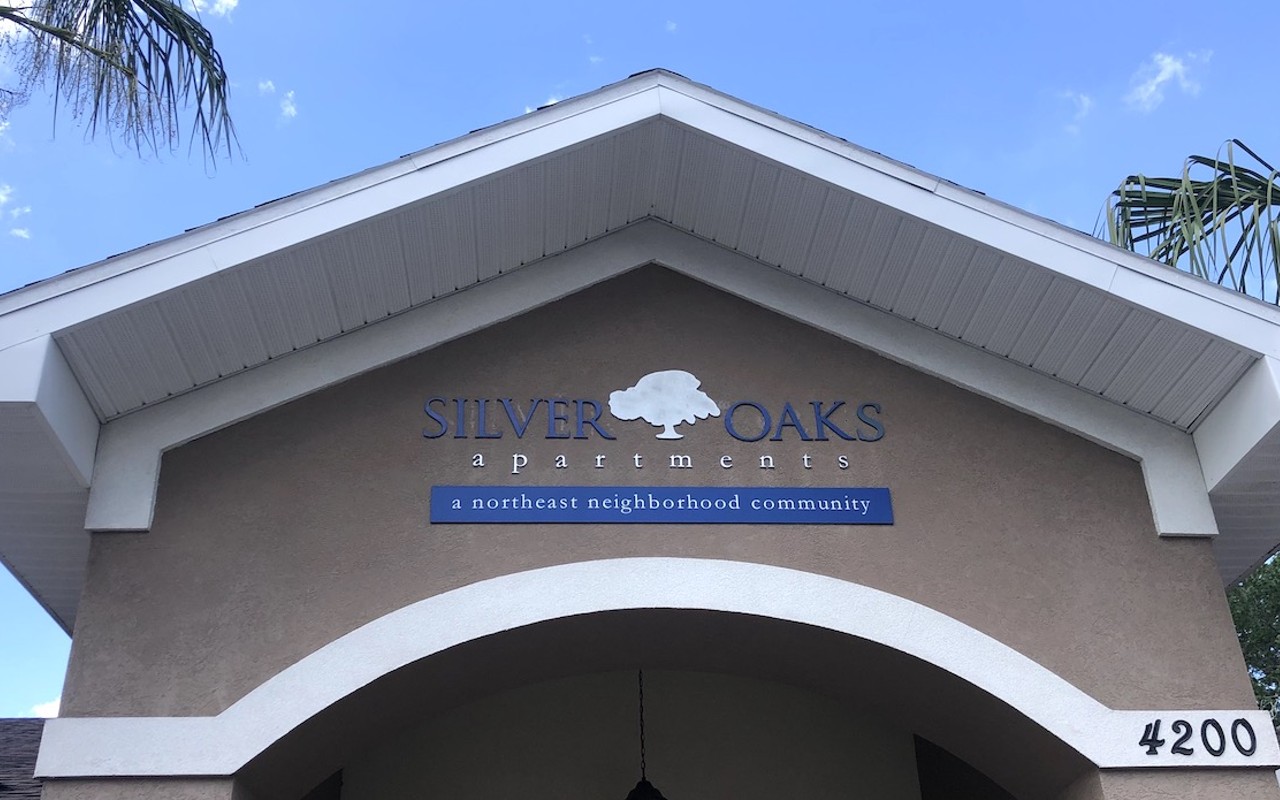 The company behind Silver Oaks Apartments operates 10 more properties in Tampa Bay. We want to hear from those residents: As local officials take action at the troubled property, CL calls on other tenants under Cambridge Management to speak up.

When asked if she is worried about speaking up Randall said, "We're all tired of it, these problems need to be fixed now."

Her neighbor, Isis McCray, has a worse black mold problem.

Her closet is covered in it, so much so that the mold attacks the sinuses as soon as the closet door is opened. The black mold has been given plenty of opportunity to spread, because McCray said her downstairs air conditioning has been broken for  a year and half.

She and the rest of her family, which include a toddler and a teenage girl, have to go to the upstairs portion of the apartment to escape the heat.

"Imagine living like this, with no air conditioning in this heat, and with air that's hurting us to breathe!" McCray shouted in frustration.

At the leasing office, staff told this reporter that I should not be on site unless someone greeted them. Once they confirmed that a tenant had invited CL in, the new manager, who did not want to be named, said that they're working on the problems.

"Right now they're doing inspections and we should have some letters coming out about next steps," the manager said. "I'm waiting on my contractor for the A/C, so we're on this stuff. They just didn't have a manager for a while here. So I'm here now and I've been getting this stuff taken care of."

Back outside, there was a crew doing inspections of the property. Cambridge Management's PR team also weighed in on the situation.

“Upon learning about the issues that arose at Silver Oaks, ownership directed Cambridge Property Management to immediately take the same measures at Columbus Court and Jackson Heights," Cambridge Management said in a new statement to CL. "That included surveying 100% of the units, resuming housekeeping inspections and engaging contractors to cure maintenance deficiencies.  As you witnessed on site, crews have already actively begun making corrective measures, performing necessary repairs, and prioritizing the most urgent needs.” 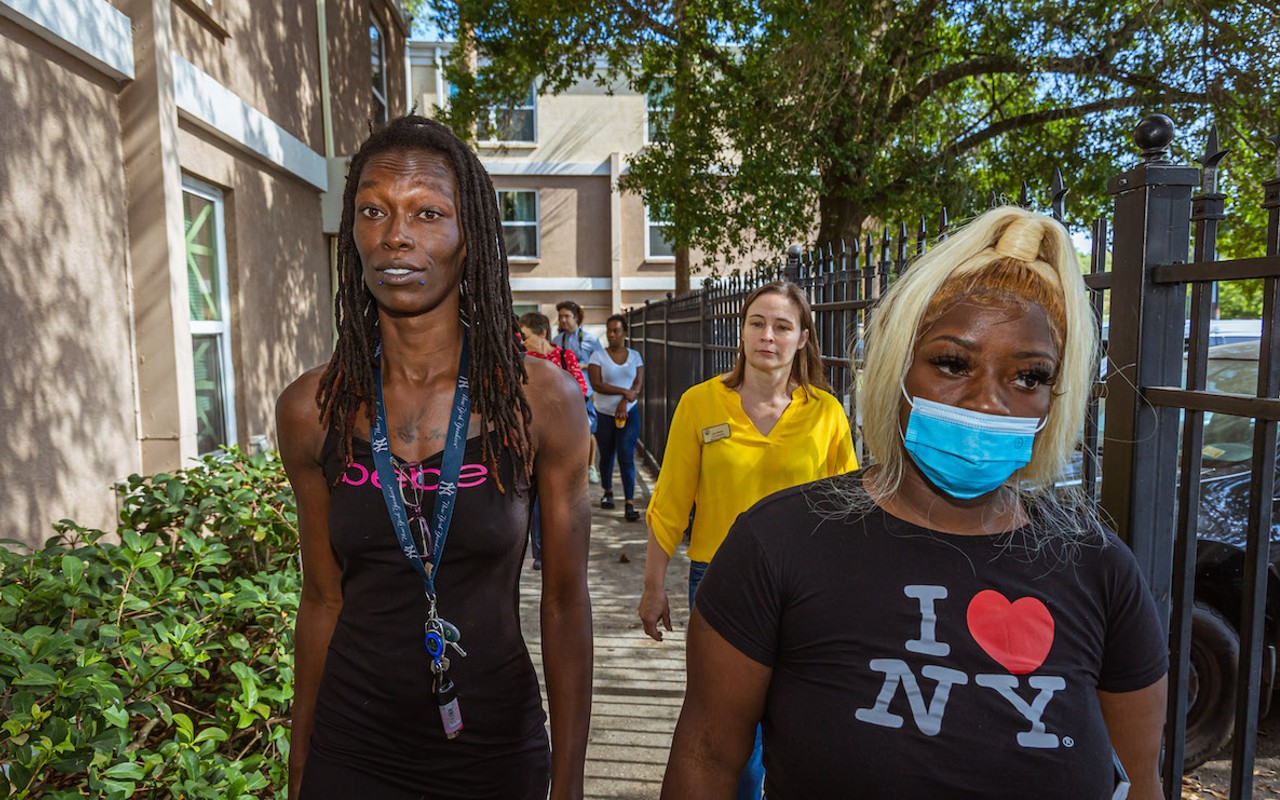 Cambridge Property Management and Southport Development Services, the company that developed the properties, have both been exposed by politicians and the media for ill-maintained properties across Florida, several of which had similar ailments as Silver Oaks. Because their complexes provide affordable housing and are funded by state tax dollars, some politicians, including Governor Ron DeSantis, have called for the company's state funding to be revoked. 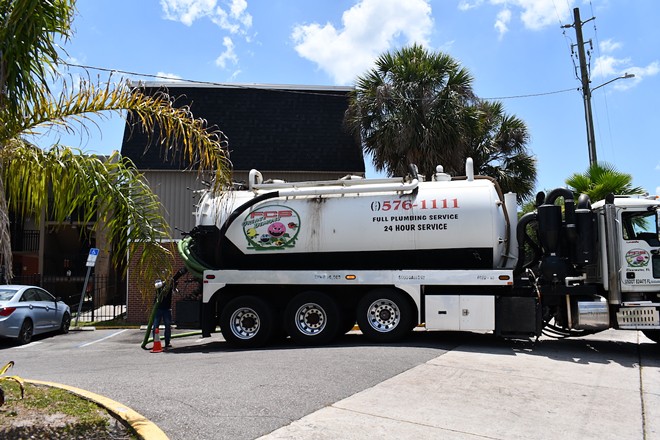 At the complex, plumbing and maintenance crews were there working on problems, and tenant Calvin Johnson spoke briefly about the issues he's seen.

"It's real bad, all those things that are happening at those other apartments are happening here, including rodents," Johnson said. "But it looks like they're finally working on the problems now."