No on 1 (obvs.) and some recommendations on less obvious amendments. 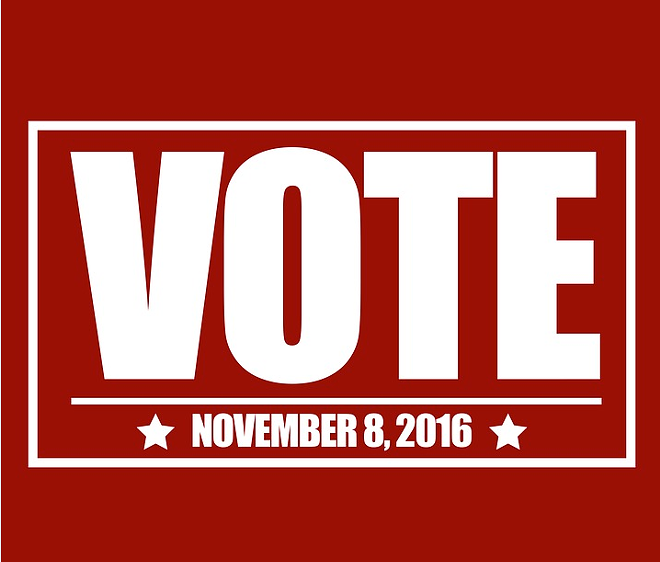 We have been writing about this for a year now.

The major power utilities — Duke Energy, FP&L — are behind this one, even if they do smack a big ol’ sunshine sticker on it.

Do not believe their glossy ad campaign, funded more than $20 million by supporters of nonrenewable energy.

What it really does? Impedes the spread of solar use that’s not tied to a big power company.

Its backers, dubiously dubbed “Consumers for Smart Solar,” say unfettered expansion of solar will accelerate wear and tear on the power grid, causing power companies to pass maintenance costs onto consumers, including those who can barely afford their electric bill as is. This argument has compelled groups like local chapters of the NAACP to endorse it — but it’s crap.

Allowing rooftop solar panel owners to sell their power to a nearby tenant won’t wear on the grid as much as the utilities want you to think. And, no, it won’t all of a sudden lead to sketchy solar power companies fleecing unwitting consumers who are trying to do the right thing; there are already laws on the books aimed at protecting consumers from exactly such scams.

Big power companies are just scared of losing their grip and will pay any price to hang onto it.

Give this one the boot.

CL recommends: No on 1

Use of Marijuana for Debilitating Medical Conditions

Legalize a medicine that’s only illegal now because of racism against Hispanics in the early 20th century — even though prescription painkillers, exponentially more harmful, are totally easy to get? Hmmm… Let us think here…

This amendment would ensure an exemption from ad valorem homeowners’ taxes for first responders — “a law enforcement officer, a correctional officer, a firefighter, an emergency medical technician, or a paramedic” — who are catastrophically injured in the line of duty. (Currently, this exemption is only available to spouses of first responders killed on the job.)

If you believe that a community should further honor the sacrifices of those who work dangerous jobs to keep its citizens safe, this is a good way to do just that. On the other hand, if you believe that everyone should pay their fair share of taxes regardless of life circumstance, and/or that the Florida Legislature should be working to make taxes more equitable and affordable overall instead of putting specialized conditions and exceptions into the state constitution, this one might give you pause. Still, while we agree that the tax system should be simpler and more equitable, we believe this particular exception deserves approval. We depend on first responders to be there for us when we need them the most; they should know the same is true of us.

Cities and counties may already offer people 65 and older a homestead exemption on their property taxes. Amendment 5 sets the taxable property value at the time the homeowner applies for an exemption. This means that if you’re 65 or older, own a home worth less than $250,000 and have an annual household income of less than $20,000, your municipality may exempt the entire value of your home from property taxes and — this is the part on which we’re voting — this amendment sets the taxable value as the home's value the year the senior applied for the exemption, even if the property value goes up, as long as they stay in their home and their household income doesn’t go above $20,000 per year.

This is a no-brainer; legislators should have caught this the first time around.

ALSO: If you live on Treasure Island and don’t want to see big gross tall buildings pop up along that wonderful beach, vote no on charter amendments 1-5.