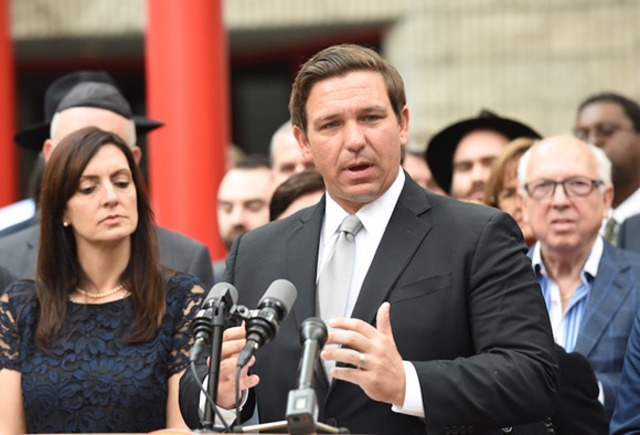 Florida tax revenues slowed somewhat in January from the final months of 2020 but continued a trend of beating a forecast issued as the state phased out COVID-19 lockdown efforts in the summer.

And while tax collections from the battered tourism industry continue to hamper monthly revenue totals, the numbers for January should further help lawmakers as they patch together a budget for next fiscal year while facing a potentially large shortfall caused by the pandemic.

“I think it shows that we've got a lot of economic momentum here in the state of Florida,” DeSantis said while at a COVID-19 vaccination event at the On Top of the World community in Marion County. “And we want to continue on that path. And the only reason we're doing it is because Florida's open, we're trusting people to make decisions.”

DeSantis said that as part of a federal monthly unemployment report released Friday, Florida’s unemployment rate for December was being revised from 6.1 percent to 5.1 percent.

“I think that's a testament that the state of Florida is doing a good job, we're getting things done,” DeSantis said. “We’ve got a whole host of things that we have to tackle. But, boy, I would much rather have that unemployment at 5.1 percent then at 8 or 9 percent like you saw in some of these other states.”

The state Department of Economic Opportunity will post the state’s January unemployment figures on March 15.

In the new report on revenues, the Legislature’s Office of Economic & Demographic Research said the $3.001 billion collected in January exceeded by $246.7 million a revised revenue forecast for the month. That revised forecast was issued in August, after months of businesses struggling with the pandemic.

But the January revenue total was below tax collections in January 2020, which was before the pandemic crashed into the state.

Since the August revision, general revenue collections from a variety of sources, including sales taxes and corporate-income taxes, were up about $1.5 billion from the forecast.

In April, May and June, revenue collections collectively were $2 billion below a forecast issued before the pandemic..

Lately state leaders have touted an economic rebound for the state, though the crucial leisure and hospitality industries continue to struggle.

“Even though a significant part of the loss arises from a reduction in the number of out-of-state tourists, this category also includes sales to Florida residents at restaurants, local attractions and other leisure-based activities that have likewise been negatively affected by the pandemic,” the legislative office report said.

In his State of the State address on Tuesday, DeSantis announced that “our current fiscal outlook is much better than the bleak forecasts from last spring” while declaring the employment outlook should improve as international travel is reinstated and tourism picks up.

“Because Florida’s economy is open, revenue is coming in at levels far higher than even the most recent revised estimates,” said DeSantis, who has proposed a record $96.6 billion budget for next fiscal year.

Money from the federal CARES Act, passed by Congress last spring, has helped the state weather the pandemic financially. Another $8 billion could be headed to Florida as part of a $1.9 trillion package now being debated in Congress.

The legislative office economic analysis found overall sales taxes going into general revenue in January were up $183.2 million over the August forecast and 0.7 percent over the January 2020 collections.

“People are buying homes like hotcakes here,” DeSantis said on Friday. “It's hard to find a home in many parts of Florida, because the real estate market is doing so well.”

Insurance taxes and pari-mutuel taxes both failed to hit the August forecast.