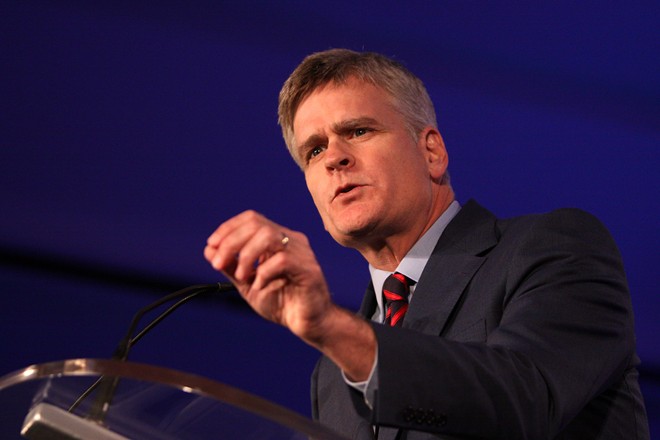 Understandably, that remark quickly met with a tsunami of derision. To critics, Cassidy, a physician, had betrayed the callousness those who want to ban abortion feel toward the women they’re forcing to give birth.

And, indeed, there is something discomfiting about a U.S. senator saying that except for Black people—who comprise a third of his state’s population—everything is fine. (Otherwise, how was the play, Mrs. Lincoln?) But we should focus on what Cassidy said next.

“Now, I say that not to minimize the issue but to focus the issue as to where it would be. For whatever reason, people of color have a higher incidence of maternal mortality.”

Not coincidentally, Louisiana has some of the strictest anti-abortion laws in the country, defining a fetus as a human being from “the moment of fertilization and implantation.” As soon as Roe falls, abortion will be banned. Earlier this month, Louisiana Republicans considered a bill that would make obtaining an abortion a homicide, though that proved a bridge too far even for the Right to Life crowd. Instead, they’ll likely criminalize providing abortions.

Let's not pretend that the U.S. Supreme Court is going to stop at Roe v. Wade: Informed Dissent.

I say not coincidentally because states with more restrictive abortion policies have a 7% higher maternal mortality rate than states with less restrictive laws, according to a 2021 study in the American Journal of Public Health. In states like Louisiana that pile on restrictions—gestational age, ultrasounds, parental consent, counseling, waiting periods, restrictions on health insurance funding—total maternal mortality is more than 30% higher than in states without them.

When states deny women access to abortion, women are more likely to try to terminate their pregnancies through unsafe, illegal methods, which puts their lives at risk. Abortion restrictions can also force women with chronic conditions—which are be exacerbated by pregnancy—to carry their pregnancies to term, putting their lives and health in danger.

“Furthermore,” the authors wrote, “while there is no evidence supporting negative lasting impacts from obtaining an abortion, women forced to remain pregnant are more likely to remain in unhealthy relationships, suffer mental and physical health consequences, live in poverty, and have lower life satisfaction.”

The study’s link between abortion restrictions and increased maternal mortality accounts for demographic and socioeconomic factors such as poverty, education, and public health spending. But the study points out that, putting abortion aside, those variables explain why not only conservative states tend to have higher rates of maternal deaths, but larger racial disparities, too.

“In this study,” the authors wrote, “states with highest numbers of abortion-restricting laws had the worst socioeconomic conditions. Such harmful social context, characterized by high poverty, a lack of health care safety net and paid family leave, systemic racism, and historical disinvestments in comprehensive community-oriented primary care, particularly in communities of color, are root causes of persistent racial inequities in maternal death.”

Which brings us back to Cassidy: “For whatever reason, people of color have a higher incidence of maternal mortality.”

A study published in 2020 found that “each 10% increase in pregnancy-related public health expenditures was associated with a 13.5% decline in [maternal mortality] among [Black women] and a 20.0% reduction in Black-white disparities.”

Ultimately, the high level of maternal mortality among Black Louisianans that Cassidy laments is a product of something he and other Republicans say doesn’t exist, and something they don’t want white children being taught is real: systemic racism.

To drive the point home: “Sickle cell disease affects three times as many people in the U.S. as cystic fibrosis,” Carroll wrote. “Yet cystic fibrosis receives 11 times as much funding per patient from the federal government, and 440 times more funding from foundations.”

Another example: Black Louisianans are more than twice as likely to die of COVID-19 than their white counterparts, according to the Public Affairs Research Council of Louisiana—a disparity Sen. Cassidy blamed on obesity. But higher rates of obesity in minority populations are also inextricably linked to systemic racism and a lack of access to health care and healthy food.

All of this is woven together—abortion to maternal mortality, maternal mortality to social determinants of health, social determinants of health to systemic racism. Yet the same people who want to ban abortion pretend we can’t know why women of color are more likely to die because of childbirth while—though bills barring critical race theory—prohibiting schools from discussing the legacy of slavery and segregation.

And when they ban abortion and maternal deaths increase—particularly among women of color—they’ll make a performance about searching for answers to an inexplicable, unforeseeable question that a few minutes on Google could have solved years ago.