Why it's good business to shop at Tampa Bay's independent stores 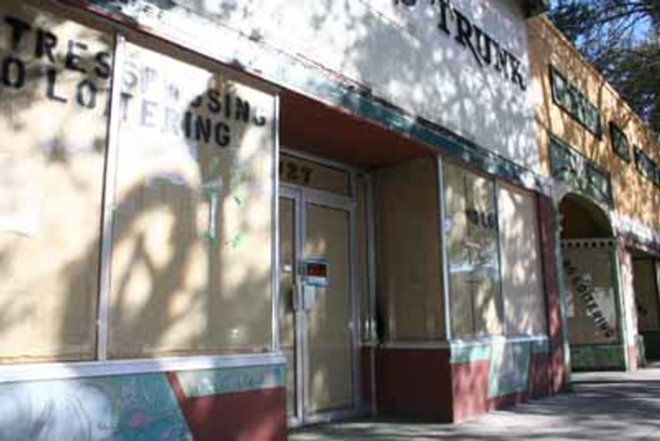 Alex Pickett
SAVE OUR STORES: Independent retailers say shopping locally can help prevent desolate strips like this one on St. Petersburg's Central Avenue.

In the late '70s, before Total Wine and ABC Liquors moved in, Michael Roberts set up a wine shop, Vintage Wine Cellars, on Henderson Road in South Tampa.

"We were one of the first wine retailers in this part of Florida," he says.

Now, 30 years later, Roberts' share of the wine market has diminished as the chains have surrounded him. Although Roberts maintains his niche through personalized service and selection, he's seen other independent businesses flounder in the shadow of the big-box stores. He remembers shops like Video Vista, a funky video store that closed after a Blockbuster and Hollywood Video moved in nearby.

"[Big-box stores] just suck the life out the community," he says.

A few miles away at Bay to Bay Boulevard and MacDill Avenue, Maruchi Azorin Blanco of the fine linens boutique Villa Rosa prepares for the holiday season. She hopes her handpainted Christmas ornaments will bring in customers looking for something other than the China-made crap on most big-box shelves.

Across town, near USF-Tampa, Wooden Nickel manager Steve Meinsen gears up for the novelty store's 35th holiday season. "Business is down," he admits.

Since last Christmas, Florida's economy has taken a nosedive. Businesses have laid off thousands of people. Unemployment hovers near 7 percent, above the national average. And national surveys show consumers plan to spend less money this holiday season. So independent retailers are urging consumers to make their dollars count more.

"If people are spending less, then spend it a little more wisely," Roberts says. "Spend it locally."

Local business owners aren't looking for pity; on the contrary, they want Tampa Bay shoppers to realize their dollars go further at independent retailers than the big-box stores. For one thing, local businesses often offer better service and products that can't be found anywhere else. But most importantly, they say, shopping at independents helps out the entire region's bottom line.

In city after city, study after study, economic researchers have found that money spent at local businesses circulates through the community more than money spent at chains. As chains send off their profits in overnight deposits to Bentonville, Ark. (Wal-Mart) or Richfield, Minn. (Best Buy), local business owners typically re-invest more of their money into the local economy. One 2004 study from Chicago found that for every $100 spent at a local businesses, $68 remained in the community versus $43 for chain stores. Studies in other cities have put the chains' amount as low as $13. Even a small change in shopping habits can have a massive effect, some economic reports suggest. A Kent County, Michigan study found that if its 200,000 residents redirected just 10 percent of their spending to local businesses, it could generate up to $140 million in new economic activity and 1,600 jobs.

What does that mean for Tampa Bay? If every Creative Loafing reader spent just $100 at local, independent stores, it could generate over $58 million to the local economy.

"I actually think this season and this year is a really special time for independents to get their message out," says Carla Jimenez of Inkwood Books, who is also on the board of the Tampa Independent Business Alliance (TIBA). "In a time like this people think of themselves more as citizens than as consumers."

Local indies are asking shoppers to "think outside the big-box" and consider alternatives to the chains, like shopping at Mojo Books and Music instead of Borders, Hyde Park Hemp over The Gap and Kool Daddy Records over FYE.

"Think about it this way," Jimenez says. "What would you show visitors if they came here? You wouldn't take them to the same restaurants, the same bookstores, the same record stores that they have in their town."

Then there are the corollary benefits of shopping locally that aren't as easily quantified. Unique businesses, like those on Corey Avenue in St. Pete Beach, help drive tourism. Locally produced items, like Villa Rosa's Gasparilla-themed ornaments, do not require shipping over long distances, thereby reducing fossil fuels. And then there are the obvious physical differences: While big-box stores destroy wetlands for parking lots and encourage sprawl, most independents are set in walkable, high-density neighborhoods.

"I think there is a high cost to those low prices," says Roberts of Vintage Wine.

Independent retailers are quick to point out the chains don't always have the lowest prices.

"With massive advertising, big-box stores have convinced shoppers that they have the lowest prices and people just accept it," Jimenez says. "For example, this year everybody is raving about free 'website to store' shipping. But we've offered site-to-store shipping before the Internet and we've never charged shipping."

National statistics show the holiday season gives some businesses up to 75 percent of their yearly profits. Independents say shopping locally during this economic downturn could ensure their continued existence.

"You have to ask yourself," Jimenez says, "who do we want left standing after this economic crisis?"