Prepare for “big waves that will crash up on Florida.” 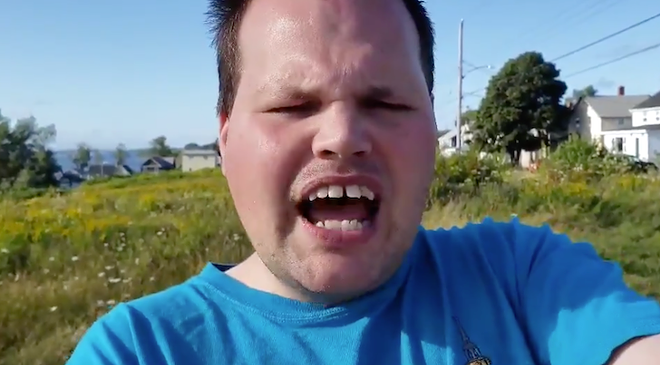 The internet’s best amateur weatherman, Frankie MacDonald, is now warning Florida residents about Hurricane Dorian, which is expected to hit the state’s east coast by at least Monday as a Category 3 storm.

In his patented rapid-paced half-shouting delivery, the 34-year-old from Novia Scotia says Dorian will bring “a lot of winds, and very strong rain, especially on the east coast,” as well as “big waves that will crash up on Florida.” MacDonald also warns residents to stay indoors, and check their hurricane supply kits.


If MacDonald’s warnings aren’t enough, on Wednesday afternoon Florida Gov. Ron DeSantis declared a state of emergency, “urging all Floridians on the East Coast to prepare for impacts.”

Mac Donald, who has autism, has made a name for himself over the years with his enthusiastic weather reports. His YouTube channel has nearly half a million views, and he’s been featured on Buzzfeed and Tosh.0.