Best of the Bay 2020: 16 people or places that've undoubtedly changed Tampa Bay for the better. 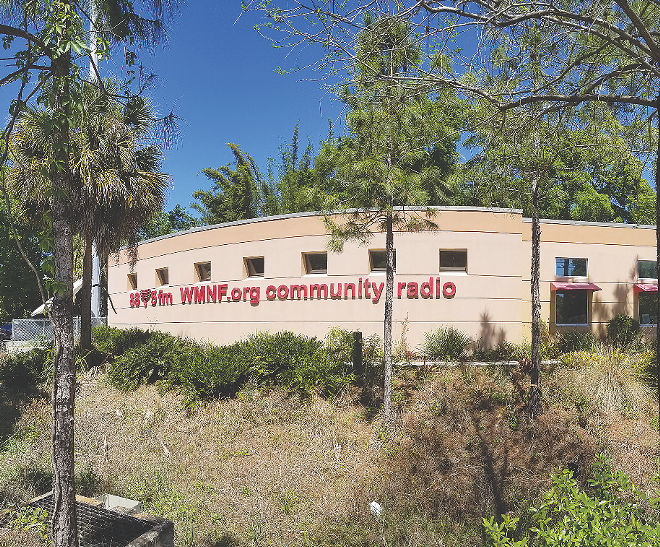 If you’re only driving on the Tampa Bay area’s billboard-strewn highways, your radio dial tuned to a frequency of 90 or above, you’ll get the impression that Tampa Bay is a soulless, homogenous place. But if you venture to the left side of the dial—and, perhaps, take the scenic route—you’ll discover the lesser-known dimensions of this region. And they’re a hell of a lot more interesting.

Well before Creative Loafing Tampa Bay was slinging accolades at its first Best of the Bay, WMNF 88.5 FM was broadcasting from a tiny house in South Tampa, having launched in 1979 with help from donations collected via a door-to-door campaign. It’s now funded primarily through listeners via periodic donation drives they call “Marathon.” Pre-pandemic, these were always stressful-but-festive multi-day events that brought volunteers together to answer phones and tally digital pledges. Restaurants like Queen of Sheba kept volunteers and staff fed during those long days.

From the get-go, WMNF’s programming served as a refuge for music lovers who prefer the deeper cuts and for progressive news junkies skeptical of the headlines they were seeing everywhere else. Dedication to core values like peace, diversity and sustainability is what drives volunteers, staff and board members. Now in a state-of-the-art building on Dr. Martin Luther King Jr. Boulevard in Tampa since the mid-2000s, WMNF weathered the Great Recession, the proliferation of streaming and satellite radio that gave listeners a seemingly endless array of options, inner turmoil over how to handle changing economic and media landscapes, funding cuts and, now, a pandemic.

Between tracks of lovingly curated playlists and news segments tailored to progressive ears, most of the voices you’ll hear are those of volunteers. The list of notable shows is long, and if I attempt it, I know there’d be at least one glaring omission, so I won’t.

Staffers you’ll hear on the air include news and public affairs director Rob Lorei, whose low-key, conversational style gleans important insights from interview subjects—or draws out the absurdity of a day-drunk Trumpian’s logic during the mid-day call-in show he hosts.

The station has seen some loss over the years, including beloved station manager Vicki Santa in 2008 and volunteer programmer Ray “Rayzilla” Villadonga, whose show “Step Outside” was just a small piece of his stalwart efforts to foster the weirdest facets of Tampa music scene.

Then there was Tropical Heatwave, a musical extravaganza volunteers and staff would put on in Ybor City every spring (see former CL music critic Eric Snider’s Heatwave profile). You knew Heatwave was coming when they’d begin airing promos featuring program director Randy Wynne’s jubilant litany of all the acts that’d be taking over Ybor. After a 35-year run, the station ended the festival in 2016 (then-station manager Craig Kopp cited a “competitive” festival market). Last year, Wynne said there was talk of bringing the event back in 2020, but then… Well, 2020 happened.

Personally, I can’t imagine what my life would have been like without WMNF. Within a week of my own moving to St. Pete in 2002, someone at an open mic night on the beach told me about WMNF. I tuned in and knew I’d found my people. Four years later, a listless grad student with a broken foot, I signed up as a news volunteer. A few years after that, I was on staff, producing daily stories for radio and web and co-anchoring the afternoon newscast with assistant news director Seán Kinane. Because that’s the kind of place WMNF is. If you show up, you’re kind and you do the work, you’re welcome… although it certainly helps if Top 40 isn’t your thing. (Disclosure: I am a former newsroom staffer here, too.)