Year in Review 2017: Your personal bests — and worsts

Our readers count their blessings — or not. The worst? Well, for many of you it started with T and ended with P and that spelled Trouble. The bests, on the other hand, were much more varied, from career advancement to beating cancer to spending time with the kids.

And so are they…: “His unqualified, incompetent, cut-rate wannabe gangster administration and the festering can of bigotry they have opened” (Melissa Turkel).

And maybe some of you…: “Realizing ... and trying to come to terms with the fact that I live among (and am related to) people who voted for the person who currently occupies the WH” (Lisa Powers Tricomi); “The best: 12 glorious days in Rome and 7 wonderful days in Montreal; the bad: coming back to an America where at least one third of the people I encounter support Benedict Donald and his crime family” (Wayne Totin).

As bad as…: “The worst thing this year is a toss-up between my cancer coming back and Donald Trump winning the presidency, Yes, he is that bad.” (Kim Dicce)

The climate is nasty: “The re-discovery that America is very divided… the re-emergence of strong themes of racism, violence” (Brandy Stark); “The continuing deterioration of civility and the possibility of meaningful compromise…” (C. David Frankel); “That facts don’t matter anymore” (Bonnie Agan).

The earth is endangered: “I got accepted into a conservation biology graduate program...and then the government cancelled conservation.” (Francesca Lauterman, researcher, USF St. Petersburg); “I know first-hand how difficult it is to conserve lands and waters, and to see millions of acres poised to disappear so callously is heartbreaking and sets a frightening precedent.” (Lindsay Cross, Executive Director, Florida Wildlife Corridor)

And yet: “I’ve seen people get engaged with local and national politics to save natural habitats, historic places and sacred grounds… AND no bear hunt in Florida this year.” (Coralette Damme); “Good: Dropping my daughter off for her first year at Eckerd College to major in Environmental Studies and Coastal Management, knowing people like her will be needed after Trump is gone” (Terri Dahl Thomas); “BAD: Trump’s election and all the swampy evil things that have trailed him into the White House. GOOD: The Resistance” (Tina Vargas); “The #metoo movement. Voices that have long been silenced are starting to be heard and honored.” (Maureen McDole); “Bad: Donald tRump is still President. Good: Rick Kriseman was re-elected as Mayor of St Petersburg.” (Brian Longstreth)

We had art: “Getting to do a kick-ass production of The Threepenny Opera which happens to address many of the issues prevalent in Our Ongoing National Nightmare even though it was written almost 100 years ago” (Mark Warren). 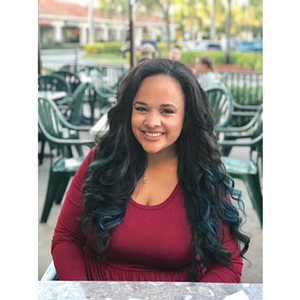 Meanwhile, look at what we achieved: “The crushing anxiety helped me lose 20 pounds” (Tyler Killette); “I accepted a job offer in China!” (Lorenza Bruno); “Showed my art across the country, the real heartfelt art from my soul” (Frank Strunk III); “I graduated with my masters from USFSP — at 65 years of age!” (Kristy Andersen); “Best: Moving to St Petersburg and leading the MFA… Also: The LA Dodgers, my favorite baseball team, made it to the World Series!” (Kristen Shepherd); “Receiving the Best of the Bay Critics’ Choice Award as Best Director. That was totally unexpected and awesome” (C. David Frankel); “The renovation of Tampa Theatre!” (Michael Murphy); “Best: Got on the radio (*cough* #StayWoke, Monday thru Friday, Midnight to 1AM on 102.5 The Bone *cough*). Worst: Getting blocked by RiFF RAFF on Twitter (I don’t have a very hard life)” (Will Kuncz, 102.5 THE BONE); “Winning the Nenana ice classic, catching a king salmon, smoking herb recreationally in a public bar, taking a chainsaw to a block of ice…” (Bryan Dzenkowski); “Working on a Netflix show in the Keys with a dreamboat” (Bonnie Agan). 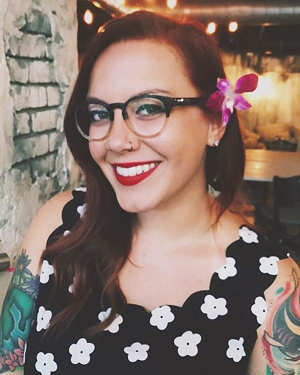 We fell in love and got married: “The best thing is that I fell in love with an amazing lady” (Geri Hannah Eaton); “My beautiful girlfriend Robyn Alleman and I moved into our house together.” (Christopher Joel Pack)

We loved our kids: “Every day with my kids is the best thing. And I won a couple of art shows and I’m going on a first date tonight —  so there’s, like, hope” (Jennifer Kosharek); “Best Thing: My two little boys each continued growing up healthy and happy. Worst Thing: Neither of those little boys slept past 6:30 a.m. ever!” (Joe Bardi); “Best thing: Watching my 8-year-old daughter grow up” (Melissa Turkel).

We survived loss: “One of my best friends, and the guitarist in my band, Nafa Fa’alogo, passed away” (Christopher Joel Pack); “the Worst is the loss of 2 renowned Artists with strong ties to Ybor City, James Rosenquist (d. Mar 31, 2017) and Ferdie Pacheco (d. Nov 16,2017)” (Michael Murphy).

We survived Irma: “Hurricane Irma pushed all the water away from Tampa Bay and Sunset Beach and I didn’t get a drop of water in my house. Bad was when Duke Energy turned on the power without hooking the neutral line and 10 homes in my neighborhood, including mine, lost our appliances. Sucked!” (Kristy Anderson).

We survived breakups: “Worst thing: I broke up with the man, at one point, that I thought I was going to marry… Best thing: I learned to speak up and fight back” (Shannon Kelly).

We survived mixups: “The Best is winning CL Tampa’s 2017 BotB Award: Best Patron Saint of the Local Arts! The Worst is being called up onstage to accept it only to find out they misplaced it…” (Michael Murphy).

We helped our families survive: “My boyfriend had a triple bypass, and it was terrifying. It was a really hard four months between the surgery/recovery/and therapy, but now I get to keep him for longer” (Jen Casler); “My sister, Julie, was able to get my stem cells in a transplant, which will cure her leukemia.” (Linda Saul-Sena)

We helped animals survive: “Best thing: rescued a cat from near death (Astro Fee is now homed with us)” (Chris Madalena); “A Suncoast Animal League rescue team traveled to Puerto Rico via a commercial airline… [A]fter seeing a newscast of our travels, Helen Rich provided a cargo plane that transported 15,000 pounds of supplies to the island and her private jet… The rescue team then returned with 111 cats and dogs…to a warehouse in Tampa for Suncoast Animal League to care for. …It was the true meaning of it “takes a village” (Rick Chaboudy).

We survived: “The best things that happened this year are I didn’t die, my son got straight A’s and there was a renewed interest in me because I was featured in the music issue of Creative Loafing” (Kim Dicce); “Getting a reprieve from dialysis” (Donna Stern Gilbert); “My cancer came back and treatment put me in remission again for the third time” (Bob Silenzi).

And we’re alive, dammit: “I wake up every morning (a personal best)” (Linda Newcomb); “Life, life is the best thing that happened. Friends, fun times, travels, it’s what life is about!” (Stephanie Neill); “Another year of life; its so precious” (Anastasia C. Hiotis).

We’ll list your wishes in our Jan. 4 issue. But Shannon Kelly’s wish seems like a particularly good note to end on: