The strange dangers of being an exotic animal collector. 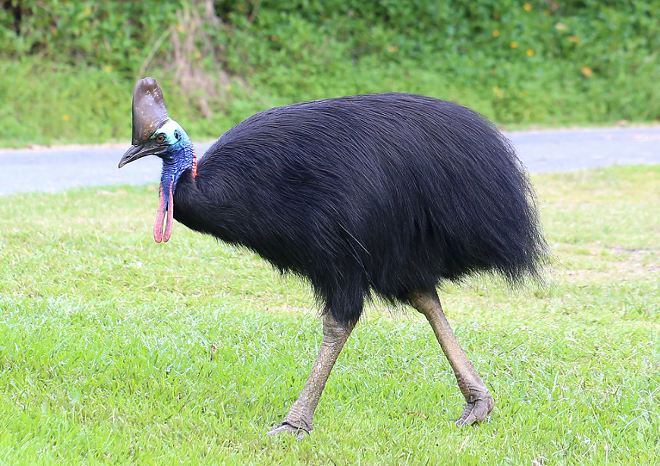 This Saturday, April 27, a bird will be bid on by the masses. This isn't your ordinary bird; it is an exotic breed, with knife-like talons, with claws that can expand to five inches, and can stand up to six and a half feet tall.

Gulf Coast Livestock Auction will the action at 3856 State Rd. 53 in South Madison.

The auction will begin at noon, but don't think about bringing a camera — due to this kind of hype, they are restricted.

The cassowary bird has a violent past — a rerun of Siegfried & Roy's tiger attack, but this time, the deadly attack involves a… cassowary?

According to an interview with the New York Times, those investigating the incident were shocked. “I’ve been doing this for 18 years and I’ve never had a thing like this. I’ve had them killed by alligators and snakes but never by a bird like that,” said death investigator Bill Grotjahn.

Grotjahn told the Times he believes Hajos may have been attempting to check on the bird's eggs, which may have initiated the attack and leaving the collector with fatal wounds. The birds may prove to be a hot auction item, since they produce emerald green eggs.

Are they worth risking your life for?

To see the collector’s entire inventory up for auction, including two cassowaries, more than 20 marmosets and a handful of lemurs, visit the Gulf Coast Livestock Auction.