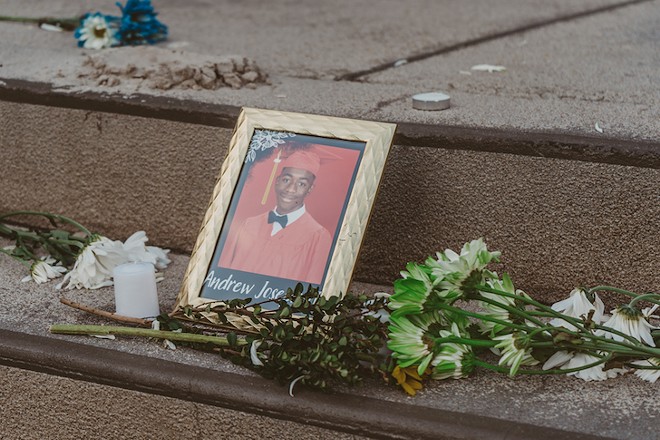 During the second day of the federal trial for the wrongful death of Andrew Joseph III, Hillsborough County Sheriff Deputies and lawyers contradicted themselves.

The discrepancies in their stories were so obvious that they led judge Mary Scriven to tell HCSO’s defense team, “You can’t manufacture facts.”

Deputies involved in Joseph’s detainment and ejection from the 2014 Florida State Fair told differing stories under oath. Now-retired Corporal Mark Clark was the commanding officer at the fair on student night when Joseph was ejected by HCSO before being struck by a car and dying.

Clark is the only officer named in the lawsuit, which seeks $30 million in damages. The Florida State Fair Authority already made a monetary settlement in the case, the Joseph family told Creative Loafing Tampa Bay. 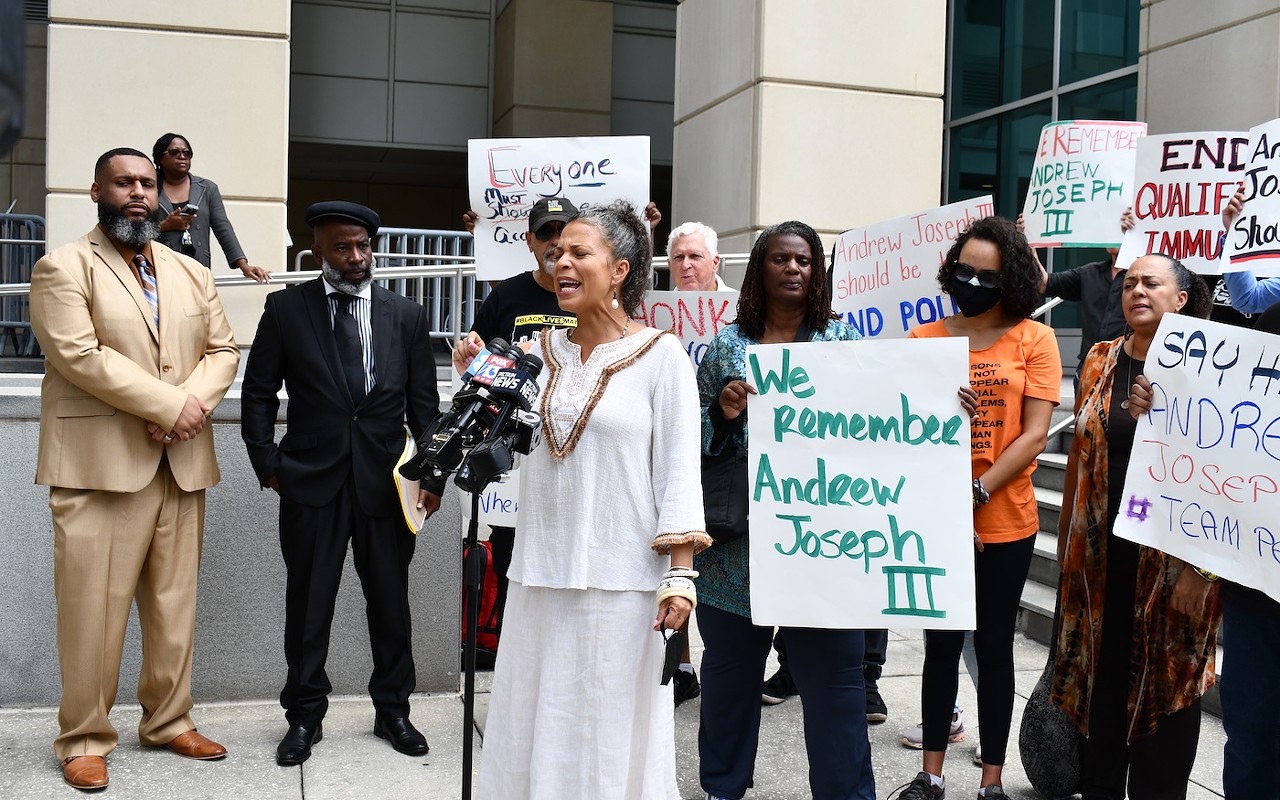 As Tampa trial for Andrew Joseph III family begins, activists from around the country show support: The trial is expected to last until Sept. 22, and some activists said they will be in Tampa the whole time.

While on the stand, Clark told the courtroom he “can’t recall” if he had detained Joseph that night on the midway. Whenever he was questioned at all about detaining the 14-year-old, he stuck to that story. But an HCSO detention record from that night said that Clark was the detaining officer.

On the form it said that Joseph was, “Running through the midway causing disorderly conduct.” The midway is the main area of the fair, where many of the attractions and food vendors are located.

Despite Clark’s claims about not remembering Joseph, he did recall arresting a 15-year-old who was smoking a hand-rolled cigarette. He confirmed that the cigarette was filled with tobacco—which should only warrant a citation—but still arrested the kid who was charged with a misdemeanor.

However, the officer who worked under Clark, Henry Echenique, testified that he clearly remembers Clark handing over Joseph and telling him to eject the child from the fair.

“He told me to fill out the ejection form,” Echenique told the court, which included a 10-person jury with no Black people. “He said he was busy with something else.”

Echenique said Clark told him that the child was causing disorderly conduct.

While Joseph was detained for about 30-40 minutes before being put in a van and driven off the fairgrounds, Echenique said that he told Clark that Joseph wanted to speak with him, but that Clark refused.

To demonstrate that Joseph had a chance to call for help, the defense for HCSO used cell phone call logs which they said show the recent middle school grad making several calls during the time that he was detained.

But the family is not responsible for the detaining and ejection of Joseph, the plaintiffs pointed out.

Hillsborough Deputy Steven Jones drove Joseph away from the fair to a dark spot on Orient Road, about 100 yards south of I-4. Joseph tried to cross the interstate, and was hit by the SUV that killed him.

Hillsborough County Sheriff’s Office set to face trial for the death of Andrew Joseph III, family says: The Florida State Fair Authority is also a defendant in the upcoming trial, which is currently set for September.

Jones initially testified that the area he dropped Joseph and others off at was lit, but the plaintiffs brought up a deposition from 2017 in which Jones said he did not recall the area having lights.

Following the three officers’ testimony, Judge Scriven dismissed the jury for the day.

When the jurors left, she addressed the HCSO defense team.

She mentioned that a stipulation, or pre-trial agreement, between the plaintiffs and defense clearly said that Clark detained Joseph at the midway and then led him to the HCSO detention area. Scriven then pointed out that in the courtroom, the defense changed its story to say that Clark “escorted” Joseph to the area.

Several members of the defense team argued that it had come to their attention that because Clark couldn’t remember if he had detained Joseph, that it might have been another officer who detained the teen and handed him to Clark.

“Who is this mystery officer?” Scriven asked the defense.

She wondered if the mystery officer could show up to testify and support the defense’s claims, adding that Clark never testified about another officer who detained Joseph.

“You can’t manufacture facts,” she told the defense.