The apoplectic comedian performs at the Capitol Theatre Wednesday and Thursday. 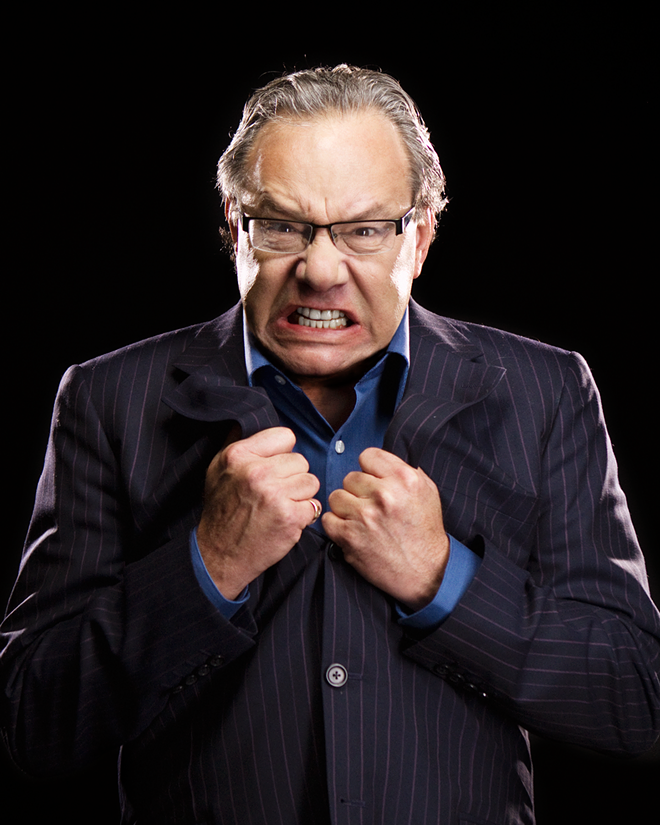 Clay McBride
Anger's in the air: Lewis Black performs at the Capitol Theatre in Clearwater tonight and tomorrow.

Ranting, yelling, cursing and finger-pointing. Sounds kind of like your social media feed, doesn't it?

We're exposed to plenty of angry people on the internet every day. It's freedom of speech, of course. But it also looks like a bunch of bad Lewis Black impressions, without his trademark wit and humor. Fortunately, if you want the good stuff, you have a chance to see him twice this week (Wednesday and Thursday) at the Capitol Theatre in Clearwater.

For decades, Black has pointed out things that frustrate us about politics, society and ourselves. By acting crazy, he almost keeps us sane. He's done it on The Daily Show with his "Back in Black" segments since that program started, and he does it live on stage when he's on tour.

If you don't like sarcasm, you're better off anywhere else. When he points out the things we put up with every day, it's enough to make anyone angry. But that's never what happens with his audiences. Everyone is laughing, because that sarcasm lets us identify with his rage without actually sharing it.

Of course, for his Valentine's Day show he'll be mellow and cheerful, and talk about the importance of romance to maintain a healthy relationship for all the lovebirds in the audience.

Also, with Black, one thing you never have to worry about is content. Spend five minutes watching the news, and you'll realize that he'll never run out of material. He could probably run his own 24-hour news service to counter all the absurdity, but we'll make do with the two dates in Clearwater.

Lewis Black | Capitol Theatre, 405 Cleveland St, Clearwater | $59.50 and $79.50 | Get showtimes and tickets here. Never miss a comedy show — subscribe to Creative Loafing's weekly Do This newsletter to learn about all the best events in Tampa Bay