Strung Out and The Casualties will kick off U.S. tour in Tampa this fall

The bands hit Crowbar on September 18. 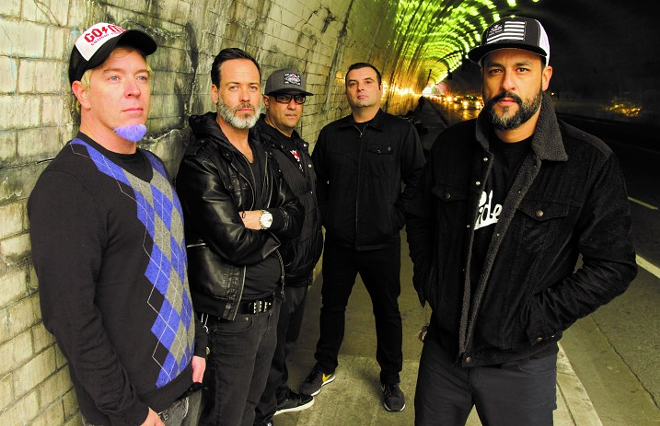 Strung Out has a new album, Songs of Armor and Devotion, due via Fat Wreck Chords on August 9, and the longstanding California punk-rock band is bringing it to Tampa Bay this fall.

The band just announced that its U.S. tour alongside The Casualties will kick off at Crowbar in Ybor City on September 18. Other Florida stops on the tour include West Palm Beach (Respectable Street on September 20) and Jacksonville (1904 Music Hall on September 21). Strung Out last hit Tampa Bay during a show at Orpheum last summer.

Tickets to the Ybor City show go on sale Friday, June 14 at 10 a.m. PDT, but prices have yet to be announced.

A press release says that the new album was produced by Cameron Webb (Motörhead, Megadeth) and that the record “brims with the same ferocious fire the band had at the very start of its career close to 30 years ago when frontman Jason Cruz was still a teenager…”

Listen to the lead single, “Daggers,” below. Look out for ticket links on fatwreck.com.