If the system does develop it will be called “Chantal."

As of Monday afternoon, the National Hurricane Center is now saying there’s a 60% chance a new tropical system will develop just off Florida’s east coast.

In their 2 p.m. update, forecasters with the NHC said that a system located off Andros Island in the Bahamas will move northwestward towards Florida at about 15 mph, and could develop into a tropical depression by late today or tonight.

“While environmental conditions are only marginally conducive for development, only a slight increase in the organization of this system could result in the formation of a tropical depression later today or tonight,” said the NHC.

If the system does develop it would be the third named storm of the 2019 season, and would be called “Chantal." 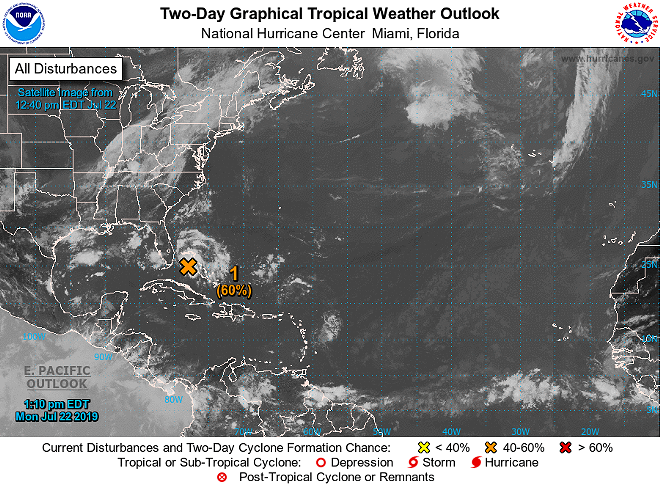 At the moment, the system is expected to remain offshore and curve up the coast, producing heavy rains on the east side of Florida’s peninsula and Georgia either tonight or Tuesday.