Is Scott naive about his own party? 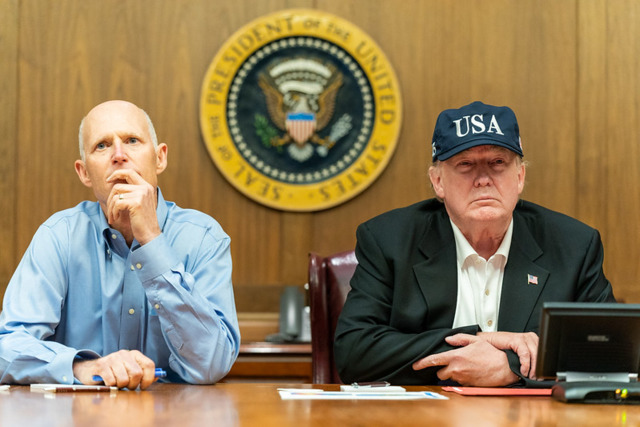 U.S. Sen. Rick Scott rejected Monday the premise advanced by many on the right that a “civil war” rages in the Republican Party.

He said there was absolutely not one in the GOP, adding to a national cable television audience that 2022 will be like the run-up to 2010 for Republicans. 2010 was the Tea Party wave year that kneecapped Barack Obama and launched Scott’s political career as Governor.

“2022 is going to be like 2010. We’re going to see all the problems of the third term of the Obama administration,” Scott said during an appearance on Fox News Channel’s America’s Newsroom. “It’s all Biden’s doing. It’s his third term.”

“The Biden administration is going to give us a great opportunity. Unfortunately, we’re going to be on defense quite a bit,” Scott added. “We’re going to, unfortunately, have a great time defending what we believe in. We have to stop all the Biden things.”

Recently chosen to head up the National Republican Senatorial Committee, Scott said he was going to “make sure we’re focused on issues,” promising a “positive agenda.”

Scott frequently gravitates to conservative media for an uncritical forum for his talking points on various issues, but recently questions from even friendly hosts have gotten tougher, especially after his vote last week to invalidate Joe Biden electors. Some have wondered if he will last two years.

Scott rejects any notion that donors shying away from anti-certification members of Congress has impacted fundraising.

“I started last week. We had a good week. We’re doing really well,” Scott said on Sunday, during a previous appearance on the Fox News Channel.

The Senator does not regret his third-rail vote to invalidate Biden electors in Pennsylvania either.

“When I ran in 2010, 2014, 2018, I told people exactly what I was going to do,” Scott told radio host Guy Benson.“ I tell people all the time you should give your money where you believe people will do what’s in your best interest. If a corporation believes that, they should do it.”