Study shows tobacco use is at an all-time low for Florida youths, but vaping is on the rise

Florida had 68 reported vaping-related illnesses as of Saturday.

By Christine Sexton and News Service of Florida 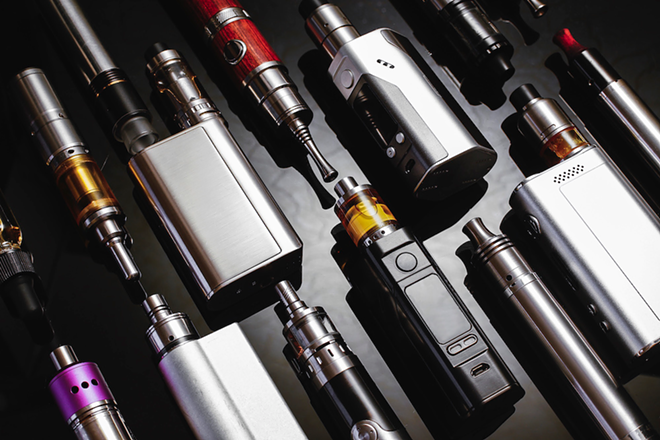 The use of tobacco products among Florida’s youth is at an all-time low, but that good news is offset by significant increases in the number of children who vape, a state advisory panel was told Thursday.

“I’m almost distraught looking at this information,” Jim Howell, a former Department of Health secretary who is a member of the Tobacco Education and Use Prevention Advisory Council, said Thursday after hearing the survey results.

The survey also showed that the electronic-cigarette use was growing faster among middle school students than among their high school counterparts.

Of those who reported vaping, 60 percent in the 2019 survey said they vaped nicotine products, while almost half reported vaping marijuana or hash oil, according to a presentation shared with the 23 members of the Tobacco Education and Use Prevention Advisory Council who met in Tallahassee on Thursday. The council is created in state law as an advisory board to the state surgeon general. It does not have authority to make legislative recommendations.

The survey included the responses of children enrolled in 175 schools across the state, according to Florida Youth Survey Coordinator Tera Anderson. It did not include responses from 18-year-olds who may still be in high school but aren’t legally minors.

Some of the data underscored what appeared to be a misunderstanding among youth regarding vaping. For instance, 87.9 percent of the children surveyed said they would never smoke, but 11.4 percent of the “never smokers” reported vaping in the previous 30 days, Anderson said.

In Florida, it is illegal to sell tobacco or electronic vaping products to people under 18. Whether they were vaping or smoking tobacco, children in the 2019 study reported they had stolen the products, either from stores or from someone they knew.

The release of the data comes as scrutiny over vaping products is on the rise, mostly due to a multistate outbreak of lung illnesses.

Florida had 68 reported vaping-related illnesses as of Saturday, with the number increasing by 16 cases last week, according to the state Department of Health. Florida has reported one death linked to vaping.

The nation had 1,299 lung-injury cases associated with the use of e-cigarettes or vaping as of Oct. 8, the federal Centers for Disease Control and Prevention reported last week. The cases came from 49 states, the District of Columbia, and a U.S. territory.

While there’s no definitive cause behind the illnesses, information suggests that vaping products containing THC, “particularly those obtained off the street or from other informal sources are linked to most of the cases and play a major role in the outbreak,” according to the Centers for Disease Control and Prevention website. THC, or tetrahydrocannabinol, is the euphoria-causing chemical in marijuana.

Florida Attorney General Ashley Moody on Wednesday said her office will investigate more than 20 companies, including industry giant JUUL Labs, to look at how they are marketing and selling electronic cigarettes.

Meanwhile, members of the advisory council also were provided an update Thursday from Erik Crankshaw, a researcher with the firm RTI, about tobacco use among Florida adults in 2018.

Similar to the results with youth, there was a decrease in the percentage of tobacco smokers and an increase in the number of people using electronic cigarettes.

Crankshaw told members of the advisory council that JUUL Labs accounted for 76 percent of the total e-cigarette sales in the second quarter of 2019, a 21 percent increase over the prior year’s sales for the quarter.

“My blood is boiling,” Penny Taylor, a long-serving member of the advisory council, said following the presentations.

State Surgeon General Scott Rivkees, who chaired the meeting and is secretary of the Department of Health, told the panel that the increase in vaping is a “complex problem that is going to require complex solutions.”