Tyler Cassidy, ‘the baddest of them all,’ is coming to Tampa this summer 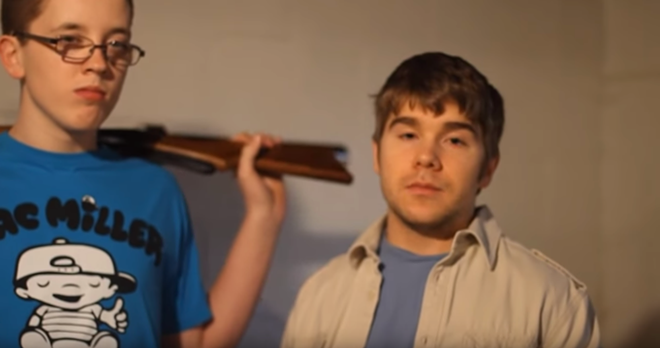 Tyler Cassidy, the internet rapper formerly known as Froggy Fresh, is coming back to perform at Crowbar in Ybor City on August 24.

Cassidy first performed at Crowbar back in 2017, bringing out a motley crew of fans whose ages ranged from 5 to 50.

Who remembers Froggy Fresh? If the name doesn't ring a bell, his 2013 viral YouTube rap entitled “The Baddest,” which enjoys over 6,000,000 views on YouTube, probably will. The American rapper and singer, who now just goes by Tyler Cassidy, has enjoyed an odd experience with fame, gaining wide recognition for a discography that sounds more like a collection of bits from the movie Step Brothers than anything else.

With soft piano melodies and honestly pretty offensive lyrics, Cassidy’s internet presence today walks a drunk line between music, comedy and cringe. Unlike Cassidy’s 2017 show, those 5-year-olds won’t be around.

This show is 18 and up, probably thanks to some of Cassidy’s newer releases like “Every President is Gay” or “Macklemore’s Wife Is A C---.”

Buy hey, if you’re looking to relive 2013, tickets for the baddest of them all are available for $15-$50 at ticketfly.com.