From the minds behind Noble Rice. 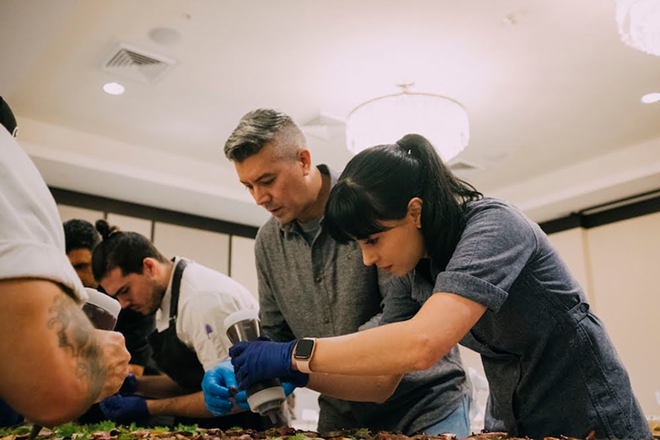 We all know the feeling of wanting food from a favorite restaurant but realizing it’s closed because of the pandemic. Noble Rice co-owners Eric and Adriana Fralick say a lot of their loyal customers were still trying to make reservations while the restaurant was closed.

According to the Fralicks, the pandemic hit during Noble Rice’s best year. The “modern Japanese” restaurant closed mid-March to comply with the state quarantine. Eric says it tried takeout for about two weeks before officially shutting down because it wasn't able to receive new shipments of food from overseas. To help out its employees a bit prior to closing, all takeout orders included a small service charge for tips.

“We got stuck with not being able to get any deliveries or doing takeout,” Eric says. “We couldn’t get the fish in.”

Noble Rice took it day-by-day initially to see how serious COVID-19 got.

“As far as the restaurant is concerned, the unknown is scary since we didn’t know what to expect. It was definitely a stressful situation,” Adriana explains. So she and Eric are using this time to remodel Noble Rice, something they’ve had on their to-do list for two years.

“We knew this was the time to do the remodel and focus on our new concept. This was the perfect time to do all of it,” Eric says.

When Noble Rice employees learned of their temporary unemployment, they weren’t surprised because their friends who worked in the same industry were experiencing the same thing. According to Eric, their employees felt safer at home than coming to work, so closing became a simple solution. He says the main concern was when is everyone able to get back to work.

“They’re in the service industry so they kinda knew what was happening and they could gage everyone’s temperament. It hurt to tell them we weren’t able to bring them in to work,” Eric adds.

The Fralicks were fortunate to retain people like their Chef de Cuisine Howard Lopez and place him at their Japanese grocery store, Noble Market, located at 226 S. Boulevard in South Tampa. The store is still open with amended days and hours to help alleviate any Japanese food cravings with its pre-packaged sushi and other options.

“It’s a market and grab-and-go, so you can still keep your social distance,” Adriana says.

Both Noble Rice and Noble Market were approved for PPP assistance by Chase Bank and Bank of America. Although the application process was daunting, their funds came within a week of approval.

“We were approved towards the end of the second wave. The application process was longer; we waited 3-4 weeks to find out if we were approved or not,” says Adriana.

The renovated Noble Rice will still have the same vibe, and the same omakase, sushi, ramen, and à la carte items like before—just in a larger venue that can accommodate more guests.

While Noble Rice is undergoing renovations and the effects of COVID-19, the Fralicks are focused on bringing that new concept, Koya—Tampa’s first omakase-only restaurant—to fruition. Omakase, which translates to “leave it to you, chef”, is when customers allow the chefs to select whatever dishes off the menu. This style of dining was popular at Noble Rice and accounted for the majority of its business.

“It was the heart of the restaurant; most people came in for the omakase experience. You still have the people who love the other stuff, but the omakase menu was the highlight of the former Noble Rice,” Adriana explains.

Koya will be reservation-only and will occupy Noble Rice’s previous location at 807 W. Platt St. in South Tampa. Space is limited with only eight seats—pandemic of not—which always makes for an intimate yet socially distanced dining experience with the chefs. Guests can expect the same high-quality ingredients they ate at Noble Rice.

“What we’re able to do now is participate in the auction system at Toyosu Market in Japan. Before, we’d buy from regular vendors and do auctions occasionally. Now we’ll be able to procure items directly from the auction itself,” says Eric, who added that the product arrives within 24 hours of ordering. Koya’s omakase menu will consist of ingredients in their peak season. One thing the Fralicks are interested in trying is Yoshoku, or Japanese takes on Western-style foods like French or Italian, for a thematic aspect to their menu. High-end sake from Japan, premium wines, and Japanese craft beers (like Hitachino) offer great pairings with the omakase dishes and the unique Japanese desserts. The restaurant is dinner service only and will start off with only one seating of eight people per night then accommodate more in the future.

Koya’s omakase experience gives guests the opportunity to learn about each ingredient as the chef explains. Reservations start at about $200 per person for a meal without pairings and go up to $325 with pairings and other add-ons like caviar or truffles. According to Eric, the price can fluctuate depending on the seasonal food offerings.

He and Adriana anticipate Koya opening to the public around late-July. It’ll be open Wed.-Sat. from 6 p.m.-8 p.m. for reservations. Eric says he hopes Koya can become a place where people can celebrate anything from a special occasion to a regular day.

“It’s a place to be part of the community,” he says, “to restore normalcy in everybody’s life, and socialize.” 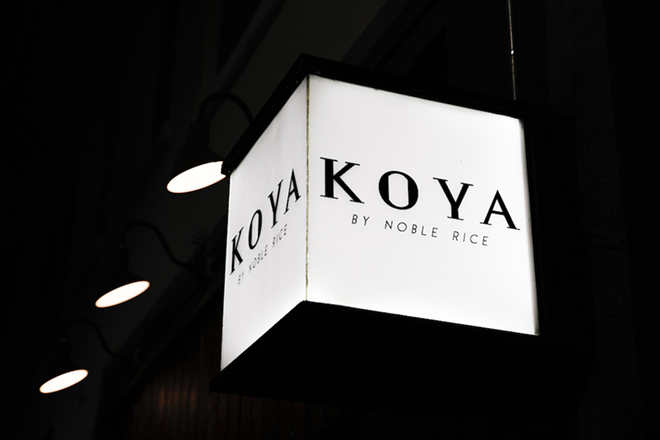