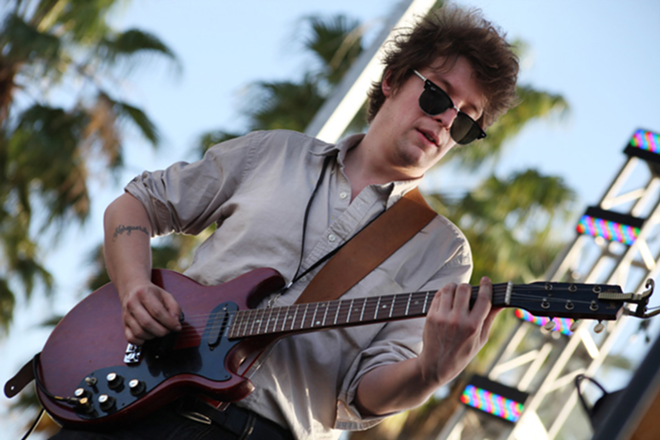 In 2012, Deer Tick got rowdy on the banks of the Hillsborough River as part of the first-ever Gasparilla Music Festival (GMF). I covered that show on behalf of a now-defunct Tampa music and culture website, Suburban Apologist and distinctly remember being on the Boston-based rock band's bus surrounded by Hustler magazines it had jokingly added to its rider.

It was a rowdy, ridiculously fun time made possible by a friendship with then USF music writer Andie Cunniffe who was interviewing the band before its set. The band would return to Tampa two years later for a 2014 headlining show at Crowbar (the same room Deer Tick also played in 2010).

Today, Tampa Pig Jig announced that Deer Tick — on tour in support of two, new self-titled albums — will return to downtown for a set at its festival set to take place in Curtis Hixon Waterfront park on October 20.

Athens psych-rock favorites Futurebirds (another GMF alum from 2016) are also on the bill along with folk-pop strummer Brett Dennen and a trio of twangy crooners including rising country music star Chris Young, Riley Green and Carson McHone.

It's Pig Jig's biggest lineup to date and raises the question of whether the music and BBQ festival will outgrow Curtis Hixon Park and move down river to the new Julian B. Lane Riverfront Park, which opened on May 12.

Tickets to Pig Jig — which raises awareness and funds for NephCure Kidney International — are available now for $30-$175. Watch videos from Deer Tick Vol. 1 and Deer Tick Vol. 2 below.