Pasco County's Supervisor of Elections, a Republican, says ‘the election is over’ and calls for unity

Brian E. Corley said he cannot stand by as the work of elections officials becomes ‘the scapegoat of those seeking political gain.’ 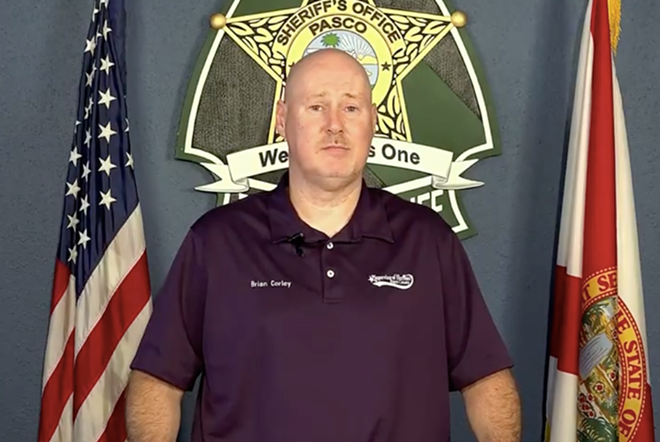 It’s been a month since the general election, but the actual incumbent President of the United States is still spouting off unsubstantiated claims of voter fraud in a contest that saw him lose the popular vote by more than 6.8 million votes. The Electoral College votes also go to his opponent, President-elect Joe Biden, 306-232.

Many Republicans with even a semblance of spine—including Trump lackey Attorney General Bill Barr—have denounced or disputed Trump’s lies about voter fraud. Pasco County’s Republican Supervisor Elections has had enough, too.

In a press release issued Wednesday, Brian E. Corley wrote that he “could no longer stay silent… as my work, and the work of all professional elections' administrators, becomes the scapegoat of those seeking political gain.”

The lengthy statement came after Gabriel Sterling—a Republican and Georgia’s voting system implementation manager—stood at a podium on Tuesday, voice shaking, calling for the president to condemn threats of violence against George election workers.

To date, 26 lawsuits challenging election results have failed in court, but still, Trump campaign attorney Joe DiGenova recently suggested that Chris Krebs, formerly with Homeland Security, should be "taken out at dawn and shot."

Corley—just one of a handful of Bay area election supervisors to recently push back on baseless voting fraud claims—admitted to standing by “as political pundits and some government officials have politicized the electoral process with baseless claims and misinformation intent upon undermining the election results,” but added that seeing Sterling say, “It has stop,” compelled him to speak out as an election official and American citizen.

Pasco’s top voting official also pointed out how the Trump administration's own Department of Homeland Security has declared this to be the most secure and transparent election in history and cited the refusals of Barr and FBI Director Christopher Wray to feed into Trump’s lies as motivation to speak up. Corley even evoked John Adams—the second U.S. president—in saying “Facts are stubborn things.”

“To allege that massive voter fraud influenced the 2020 results at a time when our elections have never been more secure, is duplicitous,” Corley said as he called for unity. “With every deep state conspiracy and illegitimate claim of fraud our democracy sinks deeper and deeper into divisiveness. As the world looks on, the greatest democracy in the world dares to risk the peaceful and orderly transition of power in favor of propagating unfounded claims of ‘rigged elections.’"

“The people have spoken, and the enduring truth is that the election is over,” Corley said near the end of his statement. “It's time to stop the destructive rhetoric and to stop prioritizing politics at the expense of our country's founding principles.”