"They can take that money and do something else with it ... I support Donald Trump." 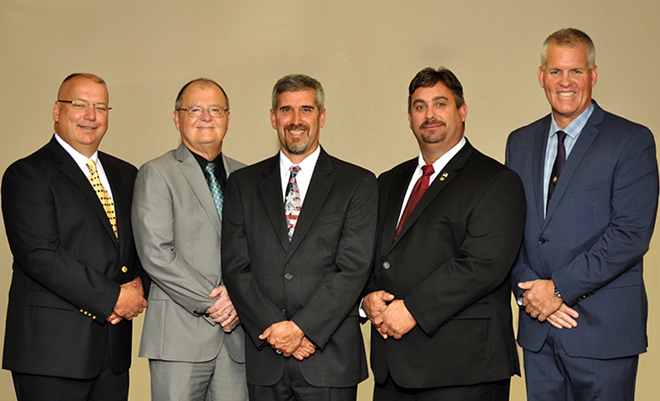 Citrus County commissioners unanimously denied a request from their local library to spend $2,700 annually on digital subscriptions to the New York Times, because the paper is “fake news,” and they “agree with Donald Trump.”

During an Oct. 24 discussion, all five members of the commission agreed to reject the funding request, which, coincidentally, was also the same day the Trump Administration announced that it was canceling federal agencies’ subscriptions to the Times and The Washington Post.

“Do we really need to subscribe to the New York Times?” asked Commissioner Ron Kitchen Jr., while the others laughed. “I actually was going to say that,” said Scott Carnahan, who added, “Fake news, I agree with President Trump.”

RELATED: Florida journalists will attempt to trademark the phrase ‘fake news’ so Trump can’t say it

“I don’t want the New York Times in this county,” continued Carnahan. “I don’t agree with it, I don’t like 'em, it’s fake news and I’m voting no. They can take that money and do something else with it ... I support Donald Trump."

County commissioners Jeff Kinnard, Jimmie Smith, and Brian Coleman agreed. The commissioners also made a point to say that their decision was not based on a lack of resources, and that the 70,000 library-card holders who reside in the county could just get home delivery.

Ironically, in the same meeting, the commissioners declared October as “Friends of the Library Month.”

Sandy Price, the advisory board chairman for the county’s libraries, told the Citrus County Chronicle, that she was disappointed and worried the commissioners, which is technically nonpartisan, were putting politics ahead of the public’s needs.

“Someone’s personal political view does not have a place in deciding what library resources are available for the entire county,” said Price to the Chronicle. “Libraries have to ensure all points of view are represented.”

The Chronicle also pointed out that the four commissioners who agreed to be interviewed do not read the Times, and that despite heavy backlash from constituents, just one commissioner wanted to re-address the topic in the future.