The 9-year-old’s episode airs on April 6. 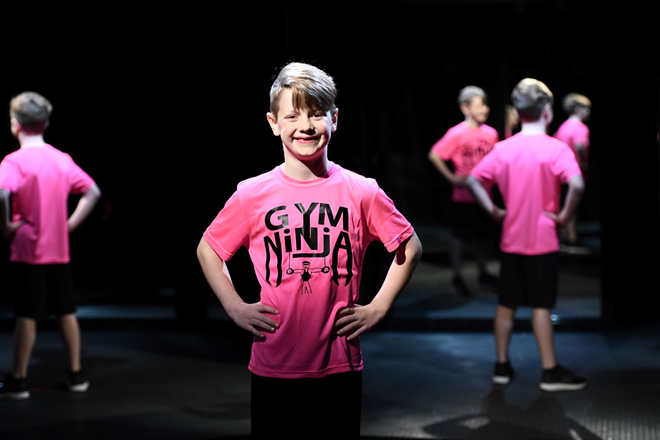 It’s come to this.

America, clearly over watching washed-up CrossFit-ers try to conquer what’s tantamount to the most insane jungle gym on steroids ever, has inadvertently signaled that it wants to see a kids' version of ABC’s hit show American Ninja Warrior.

American Ninja Warrior Junior saw about 200 junior ninjas, aged 9-14 and from across the U.S., face off, head-to-head, on scaled-back versions of the adult courses. Three final winners from three age brackets will be crowned as the first-ever American Ninja Warrior Junior champ during the season finale on April 27, but semifinal episodes start airing on Saturday, April 6 at 7 p.m. EDT.

And, yes, Tampa has its own ninja in the race.

Nine-year-old Jason McNeil has been doing gymnastics since he was four years old. The 4-foot, 4-inch mini-athlete cruised through his seeding round and punched a ticket to the semifinal when his opponent, 9-year-old Bella Palmer, slipped as she transitioned out of the Tic Toc obstacle.

Not gonna lie, these kids are way more fit than I'll ever be — good for them. Watch a trailer for the show below.