"They did not censor people when they are using those platforms or the rioting that occurred over the summer.” 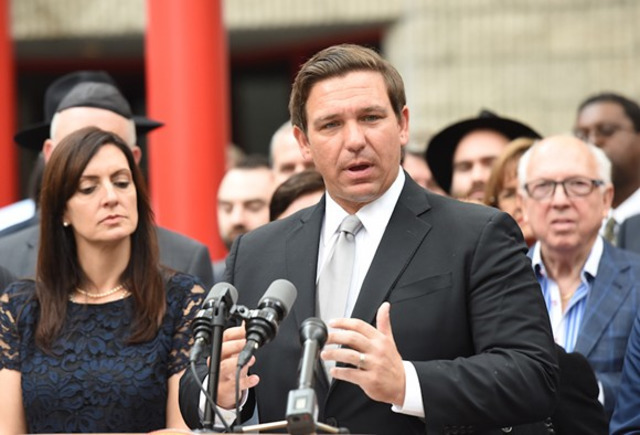 Gov. Ron DeSantis wants to set penalties and allow the state and members of the public to file lawsuits against five tech giants he says are imposing arbitrary, monopolistic rules mostly focused on the discourse of Republicans.

Arguing Facebook, Twitter, Google, Apple and Amazon control the narrative of online content through “nameless, faceless boards of censors,” DeSantis was joined Tuesday by House Speaker Chris Sprowls and Senate President Wilton Simpson as he expressed concerns that the firms could disable or suspend a political candidate’s account in the runup to an election.

“They could potentially de-platform a candidate, suppress a message, and that is something that is OK? I don’t think so,” DeSantis said.

DeSantis’ ire is focused on Twitter’s removal of former President Donald Trump from its site and Amazon’s decision to drop the Parler app used by many conservatives. Both occurred after Trump supporters stormed the U.S. Capitol on Jan. 6 to try to prevent the certification of President Joe Biden’s victory in the November election.

“They are not principled in this,” DeSantis said of Twitter’s action against Trump, who used the social-media platform as a main way to communicate. “They have so much garbage and filth on that platform all the time. They did not censor people when they are using those platforms or the rioting that occurred over the summer.”

State Agriculture Commissioner Nikki Fried, who was holding a separate news conference at the same time outside her Capitol office, agreed federal hearings are needed about the policies of big tech companies. But  Fried said the calls Tuesday from DeSantis and GOP legislative leaders were strictly political.

“They (the firms) have gotten too big, and we need to start looking at some of the laws in totality of them,” said Fried, the only statewide elected Democrat. “But I do believe that where the governor and the Republican leadership is today is more so as a knee-jerk reaction, and for politicking, and not for policy. And we need to be looking at the policy of big tech companies and monopolies in general.”

The legislation, announced by the Florida House Majority Office as the “Transparency in Technology Act,” was still being developed Tuesday.

DeSantis said one measure could be a $100,000-a-day fine for each day a candidate is removed from a platform. Another would require technology companies’ promotion of candidates to be recorded as campaign contributions with the state elections office, he said. Tech companies could also be prohibited from blocking or partially blocking posts by or about political candidates, a practice known as shadow banning.

DeSantis would also like to see the attorney general be able to bring actions against companies that advertise as an “open forum” and block users or fail to follow terms of service.

Part of the proposal would also include a measure (SB 520) by Sen. Danny Burgess, R-Zephyrhills, that would require social-media websites to issue written explanations within 30 days when users’ accounts are suspended or disabled.

“They control our personal information, our photographs, videos, online relationships with our friends,” Sprowls, R-Palm Harbor, said. “Today, we're announcing a proposal to make sure that these actors won't go unchecked here in Florida anymore.”

Simpson, R-Trilby, said the companies are “targeting conservatives” in political censorship, but for any meaningful national change “we need Congress to act to put this into place.”

The effort announced Tuesday followed legislation (SB 810 and HB 439) filed by Republican lawmakers that would prohibit state agencies and local governments from contracting with Facebook, Twitter, Amazon, Apple and Alphabet.

Backers of the bills hope DeSantis and the state Cabinet also will take up the big-tech issue, similar to when Airbnb was put on a state list of “scrutinized” companies in 2019. That came after Airbnb’s plan to eliminate about 200 listings in the West Bank, an area that is a major flash point in Israeli-Palestinian relations. Airbnb later decided against delisting the properties.

DeSantis said he wants to look at the proposal but isn’t sure the action would protect Floridians.

“I'm open to seeing what it would be,” DeSantis said. “But I don't think that would markedly change the behavior of big tech. These are really big companies.”