Without offering any proof, Straz doubles down on Castor's crime statistics at Tampa mayoral debate

Things are getting nasty here toward the end. 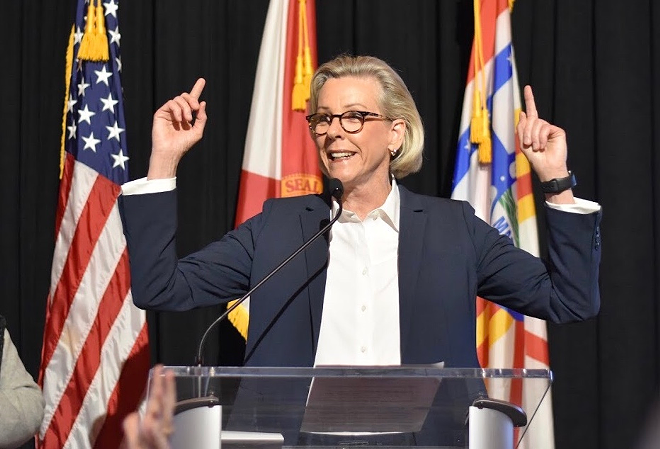 David Straz has no idea what he’s talking about.

That’s what Tampa mayoral candidate Jane Castor said about her opponent’s assertion that he has proof that Castor lied about reducing crime by 70%.

Straz didn’t even wait until after his opening statement to jump into his claims at the Thursday night debate hosted by Spectrum Bay News 9.

“I have a report from the state of Florida that proves those things that I have been saying are absolutely true,” Straz said. “My opponent claims that she has reduced crime by 70%. That is blatantly false.”

But he didn’t clarify what report he was referencing and he left the venue immediately after the debate ended, like he usually does — when he attends such things.

A report from the Office of Program Policy Analysis and Government Accountability, the research arm of the Florida Legislature, states: "FDLE concluded that the department’s reporting practices were significantly correct; that there were no significant problems concerning the classification and scoring of offenses; and that there were no intentional misclassifications or non-reporting of UCR offenses."

The debate at Tampa Theatre was nothing short of catty, but we didn’t expect anything less after the past two weeks of Straz’s attacks, including his new website, thetruthaboutjane.com.

Castor, who has committed to focusing on her platform, held her own against Straz at the debate.

One of Straz’s platform points is his “quality of life cabinet,” which he says he will create as mayor, which will meet every Monday at 8 a.m.

Castor said it was “what we call a staff meeting.”

She also told voters that she’s used to having a job that’s 24 hours a day, seven days a week, and that she doesn’t operate on “bankers’ hours.”

The runoff election is only two weeks away, on April 23.

Stay up to date on Tampa Bay news, views, culture, food, music and more — subscribe to our newsletters.