Under the new ordinance, all dogs or cats must be sold to the public from animal shelters or rescue organizations. 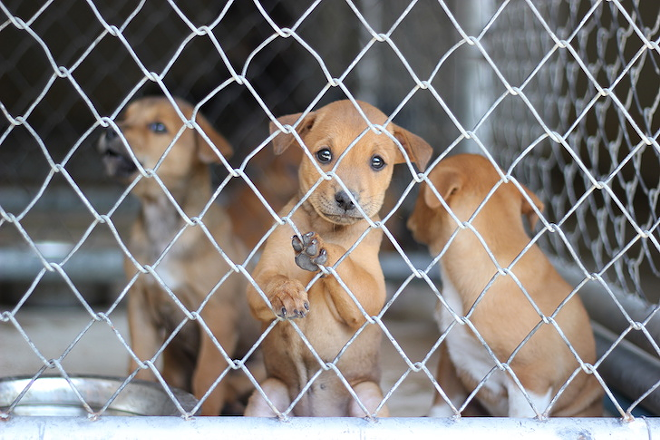 Puppies and kittens from industrial breeders will no longer be allowed to be sold in Hillsborough County’s remaining commercial pet stores.

On Wednesday, the Hillsborough County Board of Commissioners unanimously passed an ordinance prohibiting commercial dog and cat sales in local pet stores, which include Puppies Tampa and two All About Puppies locations.

Under the new ordinance, all dogs or cats sold to the public must come from animal shelters or a rescue organization, rather than private breeders.

Yesterday’s decision comes after more than 300 dogs living in horrid conditions were confiscated from a Tampa breeder last September.

According to WFLA, nearly 50 people spoke up at the meeting against ordinance and more than 10 supported it.

Pet stores in Hillsborough County will now have one year to transition to the new rules.