Playlist: Relive Roger Waters' "Us + Them" tour by streaming the songs he played for Tampa's Amalie Arena on July 11 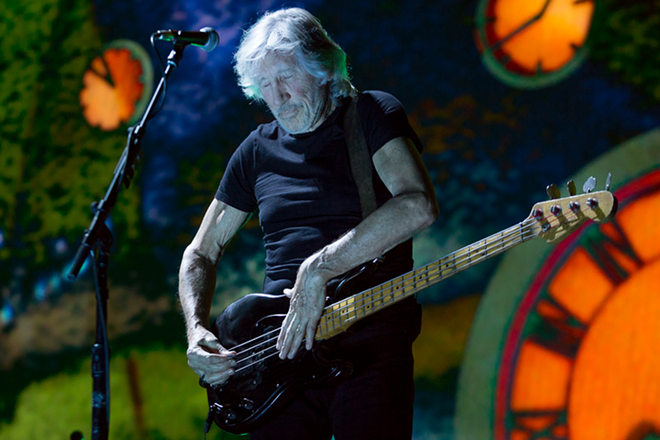 Tracy May
Roger Waters plays Amalie Arena in Tampa, Florida on on July 11, 2017.

"If this show turned you off, you may be in need of some tougher skin."

That was our summer intern's assessment of Roger Waters' Tampa stop on the "Us + Them," which parked itself at Tampa's Amalie Arena on July 11, 2017. The 24-song, two-and-a-half hour show definitely poked at America's new president, but LJ thinks the musicality definitely outweighed the show's politics.

It was during this opening part of the set that Waters reminded those in attendance that music comes first, even to the politically charged frontman. Amidst a spacey production and starred-out dreamscapes displaying behind him on a larger than life LED screen, fans were treated to the sounds that have made Pink Floyd one of the most beloved rock bands of all time. Speakers were spread out throughout the arena, assisting in the almost patented Floyd surround sound production. Guitar chords, giddy laughs and other Floyd affects seemed to strike from all around you, as one of the great rock icons of the last century stalked the stage with his bass guitar.

Read the rest of the review, and see more photos from the show, here. Listen to a playlist of songs from the set below.