Jobless claims are down, despite major layoffs from Florida's big tourism companies

The U.S. Department of Labor on Thursday reported 33,821 first-time unemployment claims in Florida during the week that ended Sept. 12. 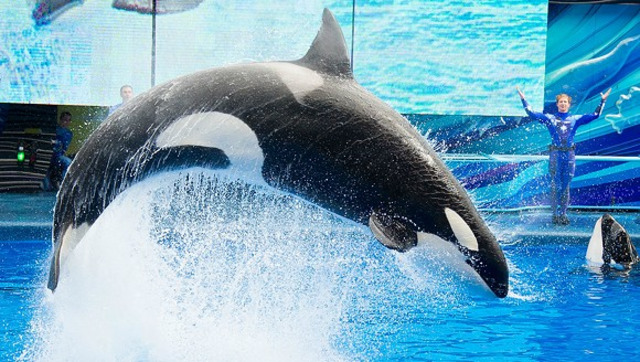 Florida continues to see a steady decline in first-time unemployment claims, even as several large hospitality and entertainment companies have extended and imposed large-scale layoffs because of the coronavirus pandemic.

The U.S. Department of Labor on Thursday reported 33,821 first-time unemployment claims in Florida during the week that ended Sept. 12, down from a revised 40,256 claims in the previous week.

The numbers are well off a peak in April when more than 900,000 claims came in during a two-week period. The Department of Labor initially estimated 36,541 new claims in Florida for the week ending Sept. 5.

The Florida Department of Economic Opportunity on Friday will release detailed unemployment information for August. The department reported 1.125 million Floridians out of work as of mid-July.

The new federal and state jobs numbers come amid discussion about the end of additional federal unemployment benefits for Floridians. The state is expected to end after four weeks its participation in the federal Lost Wages Assistance program, which provides $300-a-week in benefits on top of state benefits.

President Donald Trump announced the short-term program after a broader unemployment-assistance program --- which paid $600 a week in federal benefits --- expired in July.

Only Floridians who are eligible for at least $100 a week in state assistance and are out of work because of the pandemic have been eligible for the Lost Wages Assistance program.

When asked Thursday about the state ending its participation in the program, Department of Economic Opportunity Executive Director Dane Eagle said his goal is to ensure “Floridians who are looking for help are going to get the answers they need.”

“We have paid out 93 percent (of benefits) to eligible claimants, but that 7 percent, those are people,” said Eagle, a former state House majority leader who was appointed by Gov. Ron DeSantis this month to run the agency. “Those are families that need our help. We need to get to that. We need to make it 100 percent. That is our number one goal.”

Florida, which provides up to $275 a week for 12 weeks in state unemployment benefits, has used nearly two-thirds of the $4 billion set aside in its unemployment trust fund.

Eagle said that’s a situation for the Legislature to address.

“That’s going to be up to them to decide how they want to implement any changes, if any,” Eagle said. “But we’ll be at the table, ready to assist and have those discussions.”

DeSantis has pushed to reopen businesses, with bars and breweries being allowed to again serve drinks for onsite consumption and Visit Florida undertaking a $13 million campaign to encourage Floridians to travel in the state.

But a number of large companies continue to advise the Department of Economic Opportunity that the pandemic is causing them to reduce payrolls.

In a recently posted filing, Universal Orlando, saying it faces “unprecedented challenges” that are expected to continue into next year, advised the state it was extending the furloughs of 5,398 workers at least six more months.

SeaWorld of Florida, which initially furloughed the majority of its workers when the park closed in March, advised the state, Orlando Mayor Buddy Dyer and Orange County Mayor Jerry Demings it is laying off 1,896 of its previously furloughed workers.

“Due to the evolving nature of COVID-19 … it is difficult to predict when business will return to pre-COVID-19 levels,” SeaWorld Orlando Park President Kyle Miller wrote on Sept. 4.

Large entertainment venues in Central Florida reopened in June and July but have had to cut back on hours as attendance has been down.

The pandemic was tied to a 60 percent drop in state tourism in the second quarter of the year.

Wyndham Lake Buena Vista Resort has made permanent 139 temporary furloughs from March because of what it said is a “decline in the hotel business and use due to COVID-19 pandemic.”

At Trump National Doral Miami, the state was advised that 88 employees on indefinite furlough or reduced work schedules will remain in such limbo for at least six more months.

“It has become apparent that our operation will remain limited for some time” because of international travel restrictions and Miami-Dade County restrictions on events and gatherings, wrote Trump Miami Resort Management Vice President David Feder.

Seminole Hard Rock Hotel & Casino previously announced up to 1,527 layoffs by the end of the year.

Smaller layoffs have been announced around the state by companies such as Avis Budget Car Rental, kitchenware retailer Sur La Table stores, and Century 21 Department Stores, which has decided to file for Chapter 11 bankruptcy protection due to coronavirus impacts.